Between a rock and a hard place: China’s health care reforms over the next ten years

Home /China, Health, Uncategorized/Between a rock and a hard place: China’s health care reforms over the next ten years 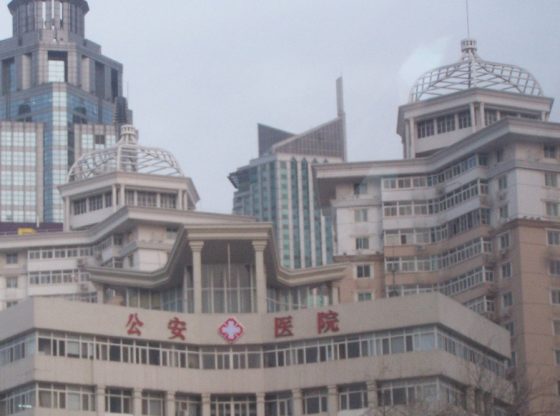 April 2019 marks the tenth anniversary of China’s historic health care reforms. On 6 April 2009, China unveiled an ambitious health reform blueprint aimed at solving the two key health care challenges which faced China’s vast population of 1.4 billion: unaffordable and inaccessible health care. This was a major and growing concern for the Chinese at the time.

Decades of robust economic growth averaging 10 per cent a year since Deng Xiaoping’s reform and opening-up in 1978 notwithstanding, by the early 2000s hundreds of millions of Chinese found themselves without health insurance and unable to afford necessary health care, which was only available to those with the ability to pay. In 2003, just 55 per cent of urban residents and 21 per cent of rural residents had health insurance.

That sad state of affairs was a catastrophic and unintended consequence of a government policy driven by the ill-advised belief that the ‘market’ could solve all problems of health care – just see what it did for China’s economy. Reversing that market-driven policy, the 2009 reforms committed the government once more to the principle of solidarity so that ‘all Chinese should enjoy basic health care and medical services … to improve the health status of every Chinese’.

China has also established an essential drug list, which it continuously adds to, and the public health service has been expanded to include chronic disease management. The government has built tens of thousands of health care facilities including rural county public hospitals, clinics and village health stations, and the public health workforce has been increased significantly. In 2018, as part of its efforts to reform public hospitals – the hardest part of the overall reforms – the government eliminated the 15 per cent drug price mark-up in all public hospitals in order to reduce over-prescription, make drugs more affordable to patients, and reduce costs.

In addition, the government has continuously increased its per capita subsidies to health insurance, and in 2019 it plans to merge the separate rural- and urban-resident basic health insurance schemes to achieve greater equity and administrative efficiency.

Between a rock and a hard place

Despite the progress made since 2009, however, many Chinese today allege that China’s ‘health care system is broken’. A frequent complaint is that health care remains unaffordable and inaccessible. Provider-patient relations remain acrimonious, rampant corruption in public hospitals continues, and the rural-urban disparity persists.

What factors plague China’s health care? In a nutshell, the chief supply-side explanation is that China’s health system is, and for the foreseeable future will remain, underfunded. At 6.2 per cent of GDP (2016), China’s NHE is a long way from the average level of 8.9 per cent of GDP in OECD countries – most of which also have a far higher per capita GDP compared to China’s purchasing power parity (PPP) of US$16,624 (2017).

Adding to the public sector’s financial woes is the rapidly rising health expenditure – estimated to be between 9.5 and 11.8 per cent by 2018 – which is outstripping available insurance funds and resulting in a deficit by 2017. Here one is reminded of Germany’s experience in the 1990s, when the merger of the former East German and West German health systems, an ageing population, growing demands by consumers, and new medical technology led to ‘recurrent deficits and increasing debts in the statutory health insurance, even as sickness funds increased their contribution rates’.

The same set of demand-side factors that accelerated Germany’s health spending in the 1990s exist in China today. A richer China means that Chinese now demand more and better health care, something that naturally happens as countries develop. At the same time, rapid ageing, a rise in non-communicable diseases, new medical technology including expensive cancer drugs, and the merger of two health insurance schemes together place an ever greater financial burden on an already significantly underfunded system.

The Chinese government has called for the participation of ‘social capital’ – i.e. the private sector – to help meet the healthcare needs of the Chinese population. Many Chinese today are looking at private health insurance to supplement their public insurance, many employers are offering private insurance to attract and retain talent, and private health care facilities are springing up across China.

China is at a crossroads. The most important task for China’s policy-makers in the coming decade is to manage the rapidly rising private health care sector so that the fundamental ethical principle of solidarity which underpins China’s health care system remains intact while the growing health care needs of the population are met by a delivery system consisting of mixed public-private providers.

Both China’s previous market-oriented health reform programme and the American health system that costs 17.9 per cent of GDP and US$10,209 per capita (2017) while leaving tens of millions of Americans without health insurance provide ample evidence of what an un- or under-regulated private health care market would undoubtedly produce: namely, unaffordable and inaccessible health care.

China’s health policy-makers need to be acutely aware that, as a rule of thumb, the more egalitarian a universal health coverage system is, the more the government will have to be involved in the financing of health care, which in turn requires social insurance, and not private health insurance.

Princeton economist Uwe Reinhardt – a giant in the world of US health policy and regarded by many as the moral compass of American health care – explains that once the financing and administration of health care are in the hands of the government, market forces can be engaged in a way that is not counter-productive to the achievement of desired social goals.

China’s social goals are to have an egalitarian and affordable health care system. These goals are achievable, as Taiwan’s high-performing National Health Insurance (NHI) scheme – a single-payer universal health care system recommended by Reinhardt for the reasons of equity, effective egalitarian cost control and administrative simplicity – has shown. Indeed, the key to the success of Taiwan’s NHI, which many Chinese admire and envy, is its government-run financing and administration coupled with a mixed private-public delivery system.

It should also be noted that while the general goal of universal health care is desirable, pursuing unrealistic goals will lead to inevitable subsequent disillusionment and create barriers to what can be achieved realistically with a more modest agenda. It can also lead to a serious misallocation of resources. As I have written elsewhere, health policy-makers and policy analysts must be realistic when working within socioeconomic constraints.

In practical terms, what is needed for national reform programmes is a Rawlsian approach, which means that the concern should be more about how well the poorest within a country fare and less about whether the distribution of health care in the country conforms to egalitarian ideals.

The Chinese government’s policy goals set out at the January 2019 National Health Care Summit are realistic and laudable. They target such important areas as the promotion of integrated delivery systems including improving the service capabilities of county-level public hospitals to facilitate care coordination and referrals, family physician-based primary care, telemedicine, the central procurement of essential drugs for greater cost effectiveness, and the revision of medical prices and fees, etc.

These reforms, if successfully carried out in close collaboration with stakeholders including the private sector, will pave the way towards a sustainable health care system for China in the years to come.