The peace constituency in India 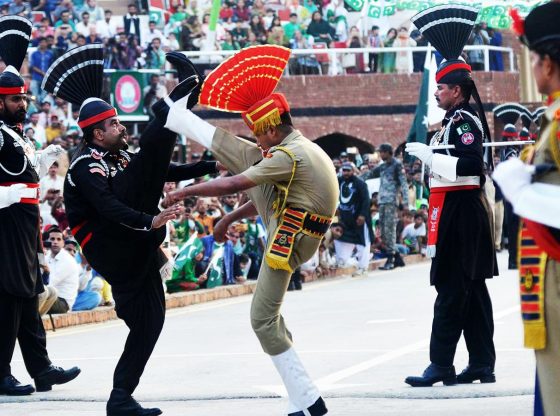 The stalemate between Pakistan and India continues, and the Pulwama attack has further increased the animosity between the two countries. The attack seems to be a result of India’s repressive policies in Indian-occupied Jammu and Kashmir (J&K). This act of aggression against Pakistan, when India’s fighter aircraft violated Pakistani airspace near the Line of Control (LOC) and dropped their payload, has created war hysteria in South Asia.

The claim by India’s BJP government that it was destroying the hideout of a banned organisation in Pakistan seems to be intended for its domestic audience for the forthcoming elections. In 2016 pundits in India described the so-called Indian ‘surgical strike’ in response to the Uri attack as ‘political theatre’. This was portrayed by Prime Minister Modi (and hailed by the Indian media) as a great military success. That satisfied the Indian public then, and they called for something similar in the case of the Pulwama attack.

It is a worrisome development, however, which could threaten nuclear stability in South Asia.  And it shows that India has been unable to calculate the disastrous consequences of conflict under the nuclear shadow, with the omnipresent possibility of any conflict escalating into a nuclear exchange in the region. These circumstances have forced Pakistan to respond to India’s aggression in order to maintain the regional balance of power.

India and Pakistan should focus together on the imperative of resuming meaningful dialogue to normalise relations for the benefit of their people.

In fact, the prospects for sustained and meaningful engagement look rather slim as India prepares for general elections this year, and the mutual acrimony continues in the public domain. India did not respond to Pakistan’s gesture when the mother and wife of Commander Kulbhushan Jadhav (an Indian spy) were allowed to visit him in Islamabad on 25 December 2017, and violations of the ceasefire at the Line of Control and the Working Boundary also continue.

While the world is rightly concerned about the ongoing tension between these two nuclear powers, the major powers have not been able to contribute in any significant way to promote peace in the region and influence India to shun its belligerent ways.

India has adopted a policy of isolating Pakistan, as well as working to complicate matters between Pakistan and Afghanistan under the United States’ watch. Meanwhile, India continues with its growing violations of human rights in Indian-occupied J&K. It is also riding roughshod over Pakistan’s objections to India’s building of dams on the western rivers, in violation of the Indus Waters Treaty.

Pakistan has consistently talked about normalising relations with India, but the latter has not responded positively. The Modi government, when it comes to Pakistan, seems to be under the total influence of the extremist RSS, whose anti-Pakistan sentiments are well-known. Such sentiments are gradually shrinking the peace constituency within Indian society and ultimately this could be harmful to regional peace and stability.

The Indian military establishment also appears disinclined to settle issues like Siachen and Sir Creek. Overall, the traditional peace constituency in India seems to be on the back foot and is fast losing its relevance for putting the normalization process back on track. Moreover, about 90 per cent of the Indian Army’s weapons and command and control structure are Pakistan-specific.

According to the Stockholm International Peace Research Institute (SIPRI) yearbook 2018, India is the world’s number one weapons importer, and its import of weapons has grown by 24 per cent over the last ten years. This compels Pakistan to revise its security calculations according to the new strategic realities in the region.

India has moved away from its policy of nuclear deterrence to nuclear war-fighting capabilities, and is keen to acquire its own anti-ballistic missile (ABM) system. This will not only weaken the existing nuclear deterrence but may actually accelerate an interminable nuclear arms race in South Asia. Furthermore, India’s Cold Start Doctrine, (also known as the Proactive Operation against Pakistan, according to which India would carry out a limited attack on Pakistan backed up by the nuclear threat), is well-known. Pakistan does not want an arms race in the region – neither a conventional nor a nuclear one – and it expects that the international community will refuse to contribute towards creating further asymmetry in conventional and non-conventional weapons in South Asia.

It is necessary to understand that confidence-building measures are a precondition to establishing normal relations between Pakistan and India. In 2015 the Comprehensive Bilateral Dialogue (CBD) set out the mutually agreed issues of concern as being peace and security, confidence-building measures, the status of Jammu and Kashmir, Siachen, Sir Creek, Wullar Barrage/Tulbul Navigation Project, trade and economic matters, counter-terrorism, narcotics control, humanitarian issues, people-to-people exchanges and religious tourism. These need to be addressed with sincerity by both sides.

The challenges which hinder the Pakistan-India peace process need to be simultaneously addressed by India and Pakistan for dialogue to be sustained. This means there must be no further violations of the LOC or the Working Boundary.

The South Asian Association for Regional Cooperation (SAARC) has also been a victim of Indian arrogance. Since the establishment of the organisation, India’s role has always remained a matter of concern. The 19th SAARC summit scheduled to be held in Islamabad in November 2016 had to be cancelled as India refused to attend, invoking the alibi of terrorism.

To maintain regional peace, India should stop issuing belligerent statements against Pakistan. And if the latter persists in its unfriendly propaganda against the former, it will reinforce mutual antagonism and mistrust. Rather, the comprehensive security of South Asia demands from India and Pakistan that they should focus together on the imperative of resuming meaningful dialogue to normalise relations for the benefit of their people.

Muhammad Nawaz Khan is a Research Officer at Islamabad Policy Research Institute (IPRI), Islamabad. His areas of research include Russian foreign and defence policy with a special focus on Pakistan, Counter-Radicalization, and Afghanistan.  Image Credit: by AFP.

Between a rock and a hard place: China’s health care reforms over the next ten years
‘Indira is back’? Priyanka Gandhi Vadra and the 2019 elections