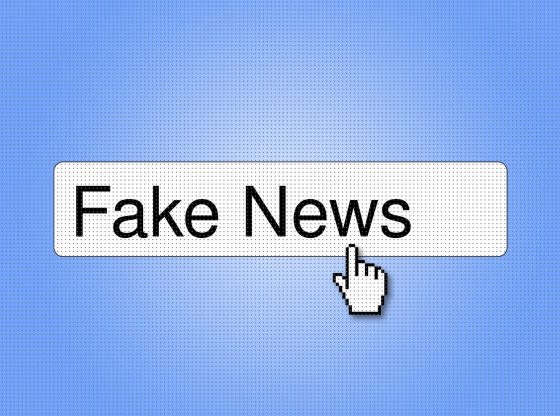 India – which with close to 900 million registered voters is the most populous democracy in the world – is going to conduct its General Elections from April to May 2019. A staggering exercise, given the vast amount of organisation it entails, the elections are to be held in seven phases, beginning on 11 April and ending on 19 May.

However, although general elections in India are indeed always a mammoth exercise which hogs the international limelight, for the average Indian, elections are a regular phenomenon. There are always by-elections, state assembly elections and elections to the local bodies (panchayat, municipalities and corporations) that are held throughout the year and are organised by the Election Commission of India (EC) at the central and state level.

Apart from reflecting India’s robust democracy, these elections are drawing attention because of the role of social media in shaping India’s political discourse, and specifically in transforming the face of the general elections held in 2014. Since then, social media platforms have emerged as an important political tool employed by every political party to communicate with their constituencies. With 45 million new young voters added to the electoral roll since 2014, the role of the new media and the proliferation of social media mean that the public space has been enlarged like never before.

Only an educated and informed electorate combined with an equally mature political environment can fight fake news effectively.

However, this has also led to the spread of fake news and disinformation by political parties. According to a study conducted by Oxford University researchers in 2018, ‘India is one of 48 countries where political parties have formally organized social media manipulation campaigns’. Social media platforms like Google, Twitter and Facebook and the messaging app WhatsApp have emerged as major broadcast platforms for political parties across the spectrum, determined to influence and swing Indian public opinion.

WhatsApp, a dominant messaging app in India with over 200 million active users at the heart of a contentious debate over security and privacy, is employed by political parties for pumping out incredible amounts of promotional material, which often includes false information. WhatsApp is also noted for its extensive use for propaganda purposes, the spread of fake news, and the uploading of doctored photographs. Furthermore, there is a growing trend to cull from speeches and use them out of context in order to give them a communal narrative, and these platforms have also been accused of taking a political slant, with a rising nationalist tide in India driving ordinary citizens to spread fake news.

According to a report by the BBC, ‘social media analysis suggested that right-wing networks are much more organised than on the left, pushing nationalistic fake stories further’ and leading to communal violence and mob lynching. Twitter’s India Office witnessed a demonstration by a group called Youth for Social Media Democracy which accused the platform of being anti-right-wing and of blocking accounts which shared right-wing content while ignoring inflammatory comments by left-leaning and Congress players. The group levelled similar accusations against Facebook as well. This led the Information Technology (IT) Committee of the Indian Parliament to summon Twitter’s top executives to testify in early 2019.

Fake news is not limited to these platforms. Videos streamed by YouTube – the biggest streaming video app in India – have also been spreading fake news amongst the networked population, who consume videos extensively, given that India has the cheapest data tariffs in the world. Fake news and morphed videos are also being spread through regional apps like India’s home-grown Share Chat and the Beijing-based TikTok, which have spread deep into suburban and semi-rural India and are visited in local languages. False news is particularly misleading for first-time internet users, many of whom are semi-literate. According to a Report by the Hindustan Times, an Indian newspaper, the content feeds in Hindi and Kannada are equally littered with misinformation.

This virulent spread of fake news has led the Indian EC to pursue the fight against fake news in a more concerted manner. Its decision to scrutinise social media posts by candidates and parties ahead of the parliamentary elections while working out guidelines for political parties using social media platforms is a major step forward. As an institution reputed for the efficient management of elections whose advice is sought by its counterparts in several other countries (e.g. Palestine, Sweden, the UK, Bangladesh, Afghanistan, The Philippines and Russia), the way the EC deals with fake news may serve as an example for other nations facing similar challenges.

Determined to prevent fake news from influencing public perceptions and affecting the election results, the EC directed social media platforms to draft their own ‘code of ethics’ along the lines of its Model Code of Conduct as it cracks down on false information during the 2019 Lok Sabha elections – a move unprecedented in history. The EC has stipulated that whatever regulations apply offline will be applicable online as well, thereby bringing the social media platforms within the wider electoral purview and limiting their misuse during elections.

The EC, being the first such body to come down heavily on these social media platforms, has made it imperative for companies like Facebook and Twitter to impose the ‘silence period’ on political advertisements 48 hours before the polls. It has also decided to bring the bulk of SMS and voice messages on phones and social media election campaigning within the purview of pre-certification for election advertisements, just as with electronic and radio advertisements.

The EC’s introduction of the eVigil app makes it possible for citizens to record on their Android mobile phone and report to the election authorities any violation of the Model Code of Conduct or any incident of intimidation or inducement within minutes of having witnessed it and without having to go to the office of the returning officer. This is a major step forward for any election authority anywhere in the world.

While India’s Election Commission fights fake news and the spread of disinformation in an attempt to hold the elections for the 17th Lok Sabha in a fair manner, the spread of fake news is difficult to contain. More than these institutions, the onus lies with the people. Only an educated and informed electorate combined with an equally mature political environment can fight fake news effectively.

The India-Pakistan conundrum: Sending the wrong signals
Peacebuilding from the grassroots: Resolving conflicts in Mindanao