Peacebuilding from the grassroots: Resolving conflicts in Mindanao 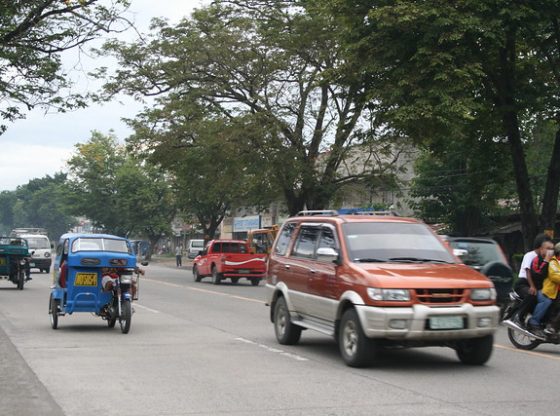 However, the Mindanao peace process should not end just because a peace agreement has been signed or a new autonomous region has been ratified by the people of Mindanao. Despite the progress that has been seen in relation to this peace process, significant challenges to the goal of inclusive peace and development in Muslim Mindanao remain. The presence of other rebel groups advocating for separatism, as well as violent extremist groups and warring political clans, all pose significant threats to peacebuilding in Mindanao.

The Mindanao peace process is a clear case study of the importance of bottom-up approaches to peacebuilding. This is a good time to explore comprehensively this bottom-up peacebuilding approach, which is being driven primarily by the vulnerable communities themselves.

In the context of conflict resolution in the southern Philippines, grassroots-based, bottom-up processes and initiatives are being generated to protect the peace process. This article examines three major contributions of local organisations and actors to the Mindanao peacebuilding process in recent years. These are: (1) countering violent extremism; (2) articulating women’s voices in the peace process; and (3) resolving local conflicts and ‘rido’ (clan wars).

There is a new facet in the decades-old armed conflict in Muslim Mindanao: the emergence of violent extremist ideology that has been inspired by the rise of Islamic State (ISIS) in the Middle East. In 2017, a large group of ISIS-inspired militants attacked and occupied for five months the City of Marawi, a Muslim-majority city in Mindanao. The militants were members of the extremist groups Abu Sayyaf and Maute that had declared allegiance to ISIS.

Several organisations have started conducting activities to counter pro-ISIS violent extremism in Muslim Mindanao. One such organisation is the Institute for Autonomy and Government (IAG), a public-policy centre based in Mindanao which provides research, capacity-building training and technical assistance in order to advance meaningful autonomy and governance in Mindanao.

In 2017 the IAG conducted a research project to investigate the vulnerability of Muslim youth to radicalisation and recruitment by violent extremist groups in Mindanao. The IAG report offers policy recommendations to counter violent extremism. One such recommendation is for the Philippine government to adopt a comprehensive policy framework to counter extremism that can guide national and local government units in crafting long-term programmes for its prevention.

Local religious leaders also play an important role in countering violent extremism. During the Marawi crisis, there was a strong focus on their role and how they could counter the narrative of the pro-ISIS Maute group. Established in 1996, the Bishops-Ulama Conference (BUC) is a key institution for advancing the peace process in Mindanao. BUC is composed of Catholic bishops, Muslim ulama and Protestant bishop-pastors in Mindanao who collectively envision a society where different religious communities can live together peacefully and harmoniously.

At the height of the Marawi conflict, BUC convened the Multi-Sectoral Peace Conference in Cagayan de Oro City, Mindanao in July 2017. The Conference gathered together religious leaders from Mindanao, military officials, local government officials and NGOs. Together, the BUC and its dialogue partners strongly recommended the introduction of peace education with Islamic concepts as an antidote to extremism.

Another contribution of women’s organisations to the peace process is assisting war evacuees. Most recently, at the height of the Marawi conflict in 2017, a Marawi-based NGO composed of Muslim women called the Al-Mujadilah Development Foundation was at the forefront of providing life-saving aid to an estimated 220,000 civilians affected by the conflict in the city. Its aid workers explained that women and children affected by the conflict were more vulnerable to sexual harassment and other forms of gender-based violence, even in evacuation centres. Thus, women aid volunteers and workers need to be on the frontline of providing humanitarian relief, given that they understand women’s needs best of all.

Community-based mediation is another important process outside the formal peace talks. This is primarily driven by the prevalence of local conflicts such as rido in Muslim Mindanao. Rido, or clan wars, have further complicated the delicate security situation in Muslim Mindanao. Rido is the state of recurring hostilities among families and clans, involving retaliatory acts of armed conflict triggered by an affront or disgrace to the honour of a family or its members. As of 2017, most of the 235 unresolved rido cases were due to land ownership issues and local politics.

In this regard, resolving local rido cases and the associated armed violence must be considered as another peace process which complements the broader Mindanao peace process. Several NGOs are conducting community-based mediation to resolve rido. One such organisation is Tumikang Sama Sama (TSS), which means ‘Together We Move Forward’ in the Tausug language of Sulu Province. TSS is now a large independent organisation of well-respected community mediators who seek to address the security challenges in Sulu Province arising from rido. Between 2010 and 2014, TSS handled 82 rido cases and helped formally settle 48 such cases in conflict-ridden Sulu. TSS uses a combination of formal legal mechanisms and indigenous cultural traditions to achieve results.

The Mindanao peace process is a clear case study of the importance of bottom-up approaches to peacebuilding. This is a good time to explore comprehensively this bottom-up peacebuilding approach, which is being driven primarily by the vulnerable communities themselves.

As demonstrated in this article, there are several significant issues such as clan wars and an increase in extremist ideology that are not directly addressed by the top-down peace process or by the Bangsamoro Basic Law. Grassroots actors can contribute to mitigating and resolving these issues that may otherwise threaten the sustainability of the overall peace process.