Chinese influence and the Western academy: Time for a concerted response 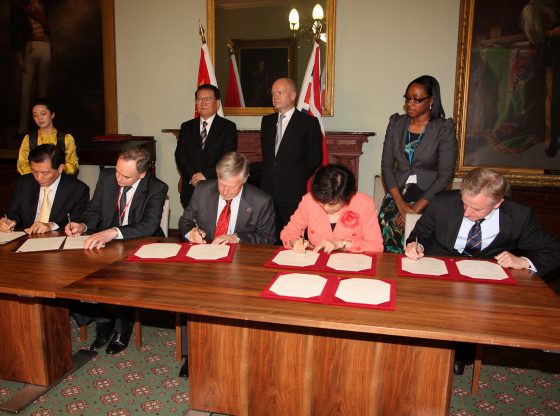 For several years now, commentators have expressed concerns over the increasing influence of China in the sphere of global higher education. 2018 undoubtedly saw a step change in these concerns, and perhaps a turning point in the attitudes of Western institutions to Chinese ambitions. On the one hand, a spate of media reports evidenced a deteriorating human rights situation and a reduction of academic freedoms in universities in China. On the other, a number of influential think tanks and academic reports began to engage more strenuously with the challenges of Chinese influence in Western universities.

In terms of the internal situation in China, various media reports have evidenced the process by which, under Xi Jinping, Chinese universities are being brought further under the control of the one-party state. According to a Reuters report in June 2018, the party’s new ideological doctrine – ‘Xi Jinping’s Thought’ – has been added to the compulsory political and ideological textbooks imposed on universities. All students are required to absorb this material and dissent in any form is not tolerated.

Chinese influence poses a threat to the principles and values of academic freedom, transparency and integrity.

In another Orwellian manifestation of state control, the Hong Kong-based South China Morning Post reports the widespread deployment of surveillance cameras on campuses, including lecture rooms and student dormitories. Facial recognition technologies, another form of surveillance being embraced by the regime, is also being deployed on some campus entrances.

Students who organise independent study societies – including Marxist societies – in defiance of government warnings face severe punishment. In August 2018, the New York Times reported that Professor Rahile Dawut, a distinguished scholar and ethnographer of Uighur cultural traditions at Xinjiang University, had been missing for eight months after she attempted to travel to Beijing. Her family and close friends believe she was secretly detained as part of the regime’s clampdown on the Uighurs.

On the other front, the year saw publication of reports by a number of think tanks and human rights organisations – the Hudson Institute, the  Wilson Centre/ Kissinger Institute on China and the United States, The Hoover Institution, the European Think Tank Network on China and the British Conservative Party Human Rights Commission – addressing Beijing’s strategies of influence in the affairs of Western states across a range of institutions, including universities.

Amongst these, the report from Stanford University’s Hoover Institution which was produced in collaboration with the Asia Society’s Centre on US-China Relations and the Annenberg Foundation is particularly significant, bringing together research by leading China scholars conducted over eighteen months.

Published in November 2018 and entitled ‘Chinese Influence and American Interests: Promoting Constructive Vigilance’, the report documents and analyses the extent of China’s expanding operations inside the United States, from legitimate activities to ‘covert, coercive or corrupting’ methods of penetration. It details seven sectors of American society that have been targeted by the Chinese state in its overseas influence strategies: federal and state politics, universities, think tanks, business, media, the Chinese American community, and the technology sector.  It also provides summaries of the experience of Chinese influence in eight other countries: Australia, Canada, France, Germany, Japan, New Zealand, Singapore and the UK.

In the section on universities, the main body engages with concerns over the Chinese presence on American campuses, with controversies over Confucius Institutes, Chinese Students and Scholars Associations, gifts and grants, pressure on university administrations, and censorship and self-censorship. Detailed evidence on each of these points supports the report’s concern that Chinese influence poses a threat to the principles and values of academic freedom, transparency and integrity. The report recommends that ‘[American] universities must be alert to the risks of engaging with the Chinese government, institutions, and funders and be proactive in applying a higher level of due diligence and vigilance as a defence of the core principle of academic freedom, especially when conflicts take place at home in their own universities’.

As the Washington Post points out, this report has historical significance since it symbolises a profound turnaround in the attitude of policy-shapers in the US. The authors and endorsers of the report, consisting of an entire generation of China specialists who have long championed engagement with Beijing, are now warning of the risks of Chinese influence in America.

These well-known ‘China hands’ include ‘Winston Lord, a US ambassador to China in the 1980s who accompanied Henry Kissinger on his secret 1971 trip to Beijing, which paved the way for China’s opening to the West’. They also include some of the leading scholars in the field of China studies, for example, Andrew Nathan, professor of political science at Columbia University and David Shambaugh, professor of political science and international affairs at George Washington University.

This turnaround takes place against a backdrop of growing international criticism of the Chinese regime and scepticism over its good intentions. On 1 March 2018, just days after Chinese president Xi succeeded in changing China’s constitution, making him potentially president for life, The Economist’s leader was headed ‘How the West got China Wrong’ and ran: ‘Last weekend China stepped from autocracy into dictatorship … This is not just a big change for China, but also strong evidence that the West’s 25-year bet on China has failed’.

As American journalist James Mann reveals, this policy of engagement – i.e. accepting China into the WTO and expecting it to move towards liberal democracy and the rule of law – has been no more than a ‘China Fantasy’.

What are the implications of all this for British higher education? While the Hoover Institution’s report represents a concerted response among China specialists in the US, the brief summary it gives of the situation in the UK suggests a lack of ‘significant all-encompassing debate over Chinese influence operations’. In terms of the university sector, the report argues that ‘the use of the CSSA [Chinese Students and Scholars Association] UK to monitor dissent among Chinese students in the United Kingdom is a direct violation of the principles of the United Kingdom’s democracy’.

It also raises concerns over the experiences of UK-funded educational institutions in China, citing the case of the University of Nottingham’s Ningbo campus, where in June 2018 the associate provost, Stephen Morgan, ‘was removed after he wrote an online piece criticizing the results of China’s Nineteenth Party Congress’. The report concludes with the rather bleak observation that, in the case of the UK, ‘there seems to have been no coherent initiative on protecting academic freedom and maintaining wider ethical standards’ in the face of Chinese influence initiatives.

Whilst this seems a fair assessment, it does not do justice to the many discrete interventions made by British academics. Stein Ringen, visiting professor of political science at King’s College, University of London, puts the matter clearly when he calls on academics to ‘speak in clear language on the value of academic freedom’ and act collectively. He warns that ‘The Chinese policy is divide and rule and they will prevail as long as our side remains fragmented. There is a real challenge here and our universities need to coordinate in response’.

However, preoccupied as everyone is with the uncertainties of Brexit, and lacking any guidance from the government, it hardly seems likely that British universities will galvanise themselves to face up to this challenge, given their more pressing concerns over threats to European collaboration and funding.

Yet this would be a very serious mistake, for in the worst case scenario, cut adrift from Europe and the funding opportunities it used to provide, the temptations for individual institutions to enter into even closer relations with China are apparent.  If the price of this is compromise over the founding values of academic freedom, British institutions may find they have much more to lose collectively in terms of global reputation than to gain individually in terms of income.

Dr Tao Zhang is Senior Lecturer in International Media and Communications in the School of Arts and Humanities at Nottingham Trent University, UK. Image Credit: CC and FCO/Flickr.

* Articles published by The Asia Dialogue reflect the view of the author and not necessarily the affiliated institutions.