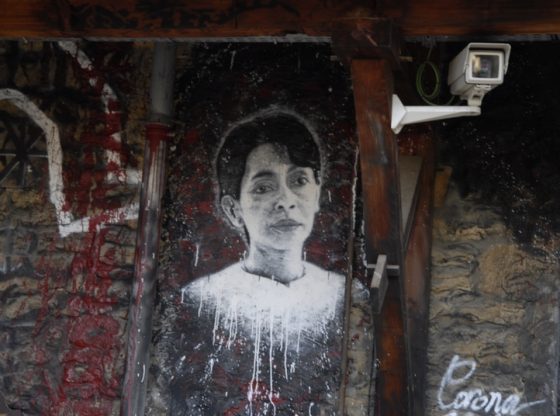 Recent international attention in Myanmar has been focused on the plight of the Rohingya population of Northern Rakhine State, 700,000 of whom were violently expelled in August 2017 in a brutal (and possibly genocidal) campaign by the Myanmar Army. More than a million Rohingya refugees now languish in neighbouring Bangladesh, with little realistic hope of returning home soon and another monsoon season approaching.

The Rohingya crisis is emblematic of the failure of state- and nation-building in Myanmar since independence in 1948.

Beyond paying lip service to the peace process, neither the government nor the military has much interest in listening to – let alone addressing – the concerns of long-suffering minority communities.

After a brief experiment with parliamentary democracy, in 1962 the Myanmar state was captured by a military-dominated elite from the Burman majority (which constitutes about two-thirds of the country’s more than 50 million people). Within this context, dozens of ethnic armed organisations (EAOs) – and until 1989, a powerful communist insurgency as well – have battled against the central government, slowly losing the world’s longest-running civil war.

Initially, the insurgents were separatists, but since the 1970s most have been struggling for autonomy within a proposed federal union. In the meantime, the military has continued to dominate the state and implement more-or-less explicit policies of ‘Burmanisation’ aimed at assimilating minority communities under an authoritarian national identity.

Despite elections on 8 November 2015 which were won by Nobel laureate Aung San Suu Kyi’s National League for Democracy (NLD), the Myanmar Army still controls the key levers of power, including three ministries, important sections of the economy, and 25 per cent of the seats in Parliament. Arguably, the continuation of military privileges was necessary in order to ease the transition to a civilian-led government. However, the military has retained those elements of power it most values while handing over responsibility for underperforming service delivery and economic development.

Among the most serious challenges facing the government is a stalled peace process with some two dozen EAOs (depending how you count them). The previous military-backed government under President U Thein Sein, which had assumed power in 2010, surprised many observers by delivering a series of reforms, including bilateral ceasefires with most (though not all) of the EAOs operating in the country.

Although the regime of U Thein Sein picked low-hanging fruit, its record of reform – releasing political prisoners, greatly improving the climate for freedom of speech and association, some limited economic reforms, and above all, a fledgling peace process – look increasingly impressive compared with the disappointing performance of its successor.

In October 2015, in the final months of the previous government, eight EAOs which had negotiated bilateral ceasefire agreements signed up to a Nationwide Ceasefire Agreement (NCA), which was supposed to introduce a comprehensive ceasefire monitoring mechanism and political dialogue leading to the political settlement of decades of state/society conflict. Hopes were high that an NLD-led government would accelerate the process of reform and peace. Unfortunately, despite a series of government-convened peace conferences, over the past three years the peace process has gone backwards.

The government and the Myanmar Army have not allowed Myanmar’s diverse ethnic groups to undertake credible sub-national community consultations. Furthermore, the agenda of hastily convened peace conferences at the Union level have been tightly controlled, such that the draft Union Peace Accord is composed mostly of platitudes, with little of substance to address the concerns and aspirations of the country’s ethnic nationality citizens.

At the same time, the Myanmar Army has continued to wage a campaign of attrition against the principal NCA signatory EAOs. This has included the army’s aggressive domination of ceasefire monitoring arrangements as well as a disregard for key NCA undertakings (particularly in respect of troop deployment) and a failure to act in good faith on Article 25 of the NCA,  namely,  the ‘interim arrangement’, respecting the EAOs’ existing governance and service delivery functions. Worse still, while ceasefires have mostly held across southeast Myanmar, renewed fighting in the north since 2011 has seen more than 100,000 civilians newly displaced in Kachin State and Shan State.

Neighbouring China, which has significant strategic and economic interests in Myanmar, has been applying pressure on EAOs along the Yunnan border to sign the NCA. This is in line with the Myanmar government and army’s insistence that the NCA remains the only vehicle for moving ahead with the peace process.

However, the military has refused to accept reasonable proposals from the Kachin Independence Organisation (one of the main EAOs in the north) and its allies regarding how to move ahead with credible ceasefires. Furthermore, neither the government nor the military seems motivated to demonstrate that the NCA can indeed be a viable route towards negotiations ending decades of armed conflict. If they were serious about the peace process, the government and the military might ensure that the NCA delivered on its undertakings.

Instead, Aung San Suu Kyi and her colleagues seem more interested in gearing up for elections in 2020 and changing the 2008 constitution to allow her to assume the presidency (from which she is currently constitutionally barred, at the insistence of the Myanmar Army).

Ultimately, Myanmar politics is a struggle for legitimacy. The military aims to establish its own (popular) legitimacy through protecting the 2008 constitution, a powerful instrument designed for this purpose. While the Myanmar Army has some grudging respect for its battlefield enemies among the EAOs, its brutal vision of centralised nation-building is vastly different to their aspirations for a federal Myanmar, respecting unity in diversity.

In the meantime, Aung San Suu Kyi and colleagues have little sympathy for the EAOs’ claims to political legitimacy based on decades of struggle for self-determination. For the urban Burman elites which make up the NLD leadership, legitimacy is a product of parliamentary elections. While Aung San Suu Kyi has said that peace is a priority, her focus has been on improving the relationship between the NLD-led government and the military which has long ruled the country – i.e. to merge the urban- and Burman-based NLD and military blocs.

It seems that sticking with the NCA was one of the conditions the Myanmar Army placed on allowing a smooth transition of power to a civilian-based regime in 2015. Beyond paying lip service to the peace process, however, neither the government nor the military has much interest in listening to – let alone addressing – the concerns of long-suffering minority communities.

Caste and its limits in the electoral politics of Tamil Nadu
Beyond the BJP/Congress dichotomy: Reflecting on the possibilities of a Third Front