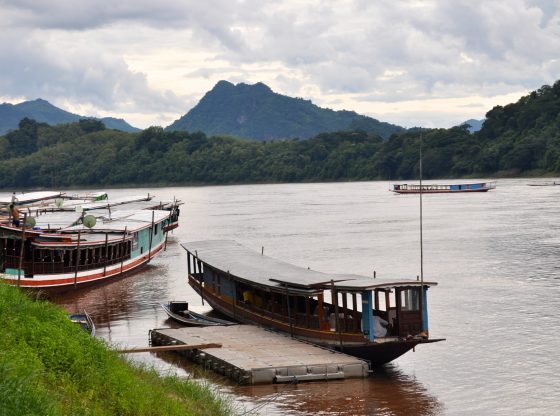 Southeast Asia is undeniably a success story of regionalism in the Global South. The Association of Southeast Asian Nations (ASEAN) was founded in 1967 by Indonesia, Malaysia, the Philippines, Singapore and Thailand. Following the accession of Brunei (1984), Vietnam (1995), Laos (1997), Myanmar (1997) and Cambodia (1999), all countries of the region except Timor-Leste are now members. Today ASEAN is respected as a regional security manager, institution builder, norm provider and economic growth centre. Given this largely positive trajectory of cooperation, it is therefore puzzling that over the last 30 years, sub-regional fora have proliferated in Southeast Asia, raising questions about the meaning of this phenomenon.

Not all ASEAN members are comfortable with the proliferation of sub-regional fora.

The answer is that only those fora which were created during the first wave of the three waves of Southeast Asian sub-regionalism have helped to accelerate economic interaction and thus strengthened regional cohesion. Subsequently, developmental rhetoric has concealed the fact that these fora have primarily been devices for the purpose of ‘soft’ balancing and hedging exercises.

From the late 1990s onwards, sub-regionalism has been largely competitive and fragmentary – neither the institutions nor the projects have been properly nested. It has been characterised by forum shopping and the emergence of shallow institutions which overlap greatly in terms of their mandate, function and members.

The ensuing institutional redundancy fits a pattern of global development which can be described as diminished multilateralism. This denotes a type of multilateralism that is devoid of the lofty ideas of the post-Cold War principled multilateralism, which sought to legalise, formalise and constitutionalise international relations so that they would resemble the domestic political setup in liberal democracies.

The first wave of sub-regionalism commenced in 1989 with the Singapore-initiated Singapore-Johor-Riau (SIJORI) Growth Triangle. Frustrated by the slow pace of ASEAN’s economic integration at the time, Singapore proposed SIJORI as a second-best alternative to accelerate cross-border economic interaction in the absence of an ASEAN-wide free trade agreement. The scheme enabled the city state to tap Indonesia’s cheap labour and low-priced land in Malaysia’s Johor state. A northern triangle comprising the Western coastal states of Malaysia, southern Thailand and Sumatra (Indonesia) pursued similar objectives.

The Greater Mekong Sub-Region (GMS), inaugurated in 1992 and consisting of China’s Yunnan Province, Myanmar, Thailand, Laos, Cambodia and Vietnam, sought to kick-start Indochina’s war-ravaged economies with funding and technical support from the Asian Development Bank (ADB). And the Brunei-Indonesia-Malaysia-Philippines East ASEAN Growth Area (BIMP-EAGA), formed in 1994, was similarly an attempt to stimulate development in economic backwaters. These sub-regional fora were largely complementary to the ASEAN Free Trade Area launched in 1993 and completed in 2002.

By contrast, the second wave, starting a decade later, mainly pursued geopolitical objectives and was driven by the intensifying strategic rivalry between China and India. In the 1990s, China increasingly courted India’s neighbours in South and Southeast Asia for closer political, economic and military cooperation, a process which New Delhi regarded as an encroachment on its security perimeter. India responded with Prime Minister Narasimha Rao’s Look East Policy, which was initially a strategy to reanimate India’s stagnant economy by deepening bilateral ties with neighbours in Southeast Asia, but with the establishment of the Bay of Bengal Initiative for Multi-Sectoral and Technical Cooperation (BIMSTEC) (1997) and the Mekong-Ganga Cooperation (2000) it also added multilateral platforms.

The conspicuous absence of China from these fora reveals a hidden purpose beyond economics: the ‘soft’ balancing and containment of Beijing through the creation of sub-regional institutions dominated by India. Proof of this is the fact that China countered by creating its own sub-regional institutions such as the Kunming Initiative, which later became the Bangladesh-China-India-Myanmar (BCIM) Forum. Although India was included in this initiative, it cooperated reluctantly due to fears that the forum would give China access to India’s volatile, insurgency-infested Northeast region.

Thailand became another actor in the race for sub-regional influence. Aided by a robust economy, the government of Prime Minister Thaksin Shinnawatra sought to carve out for itself a leadership role in mainland Southeast Asia. The idea of Suvannaphume, a ‘golden land’ on the Indochinese peninsula with Thailand at its centre, is a long-cherished dream of ambitious Thai politicians.

Yet Thai-sponsored sub-regionalism also sought to dilute the growing presence of China and India in mainland Southeast Asia. The Ayeyawady-Chao Phraya-Mekong Economic Cooperation Strategy (ACMECS), which Thaksin eventually formed in 2003, concealed the forum’s essentially strategic objectives behind a smoke-screen of developmental rhetoric which focussed on the need for enhanced connectivity around the Mekong region to enable it to catch up with Southeast Asia’s frontrunner economies. Tellingly, ACMECS triggered an immediate response by Thailand’s neighbours with the creation of the CLMV Summit. By excluding Bangkok, this latter forum enabled coordination between its constituent members – Cambodia, Laos, Myanmar and Vietnam – against putative Thai dominance.

The third and final wave of Southeast Asian sub-regionalism occurred after the inauguration of China’s Belt and Road Initiative (BRI), a gigantic infrastructure development scheme linking China by land and sea with Europe. Geopolitics played a dominant role in this, too.

In 2015, China launched the Lancang-Mekong Cooperation (LMC), partnering with Myanmar, Thailand, Vietnam, Cambodia and Laos. The LMC is a Chinese-driven forum with China as a permanent co-Chair. China channels lavish infrastructure funding through the LMC into the Mekong region as – critics charge – compensation for the environmentally damaging cascade of dams China has built along the upper Mekong. The LMC rivals the older Mekong River Commission and the Greater Mekong Sub-Region, the latter because Beijing regards the east-west infrastructure corridors funded by the Asian Development Bank (which is dominated by Japan and Western countries) as competition to its own connectivity agenda, driven by the BRI and essentially north-south bound.

The BCIM Economic Corridor, also launched in 2015, is a follow-up to the BCIM Forum, facilitating Chinese access to deep-sea ports in Bangladesh and Myanmar. With these, China seeks to solve its Malacca Dilemma, denoting the fact that the lion’s share of China’s oil supplies from the Middle East must pass through the chokepoint of the Malacca Strait, which can easily be blocked by US naval forces.

As Singaporean Foreign Minister Yeo’s address to the United Nations General Assembly in 2006 demonstrated, not all ASEAN members are comfortable with the proliferation of sub-regional fora. In his speech he criticised these sub-regional organisations for their ‘overlap’ and being ‘superfluous’.

In sum, Southeast Asian growing sub-regionalism is more a symptom of a creeping crisis than an asset, as it foreshadows ASEAN’s increasing entanglement in the intensifying and divisive great power competition in the region.

Carole Spary in Conversation with Sunetra Choudhury
Book Review: Oil and Water: Being Han in Xinjiang