Greece in the “16+1” format? Reading the Sino-CEE tea leaves 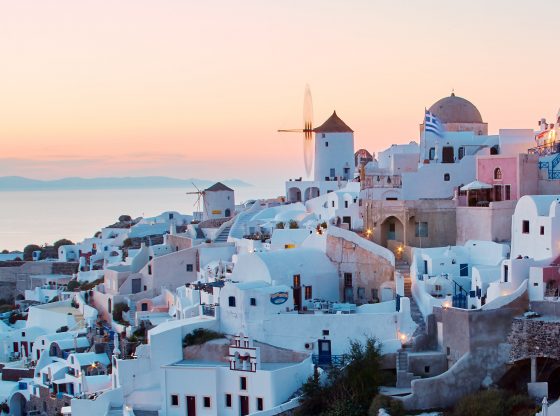 Prior to the upcoming EU-China summit in Brussels, the attention of observers has primarily been caught by the official inclusion of Italy in the Belt and Road Initiative (BRI). The signing of the BRI MoU in Rome took place despite the dissatisfaction expressed by the European Commission (EC) regarding China’s trade and technological practices and the growing concerns about the “16+1” format as an element exacerbating divisions in Europe. Therefore, thanks to the agreement with Rome, Beijing gained another bargaining chip in its relations with the European Union.

However, in the context of the “16+1” Summit in Croatia in April, Italy’s policy towards China is a secondary consideration. Seven years of Chinese multilateral cooperation with Central and Eastern Europe (CEE) prove that this relationship lacks substance, reinforcing the rumors spread over the past year about a possible slow-down of the initiative or a reduction in the frequency of the, currently annual, summits. Therefore, at the forthcoming meeting in Dubrovnik, an alternative scenario could be established – the enlargement of the “16+1” to include Greece. The narrative of the Chinese Communist Party (CPC) mouthpiece “Global Times” appears to support such a thesis: “Countries which lack a development impetus, such as Portugal, Italy and Greece, are being marginalized in the regional economic integration. Cooperating with China will help them regain economic vitality and their voice in regional affairs. Hence, they will be able to make decisions again instead of just sitting and watching.” One may perceive here an echo of the similar resentments which China previously played on in relation to CEE.

With a direct involvement into the format’s structure (“17+1”) or some form of permanent association with China and CEE (“16+1+1”), Greece would gain leverage on Brussels, as Hungary did by playing the Chinese card in its policy towards the EU. Analogous calculations, along with hopes for capital injections, also seem to have motivated Italy’s decision to join the BRI. Greece, however, has already done so in August last year in Beijing: the MoU on BRI was signed by foreign ministers Nikos Kotzias and Wang Yi who emphasised that Greek-Chinese relations are the best in history. At the same time, Chinese state television defined Greece as the first developed country on the board of the BRI.

In its struggle with the debt crisis, Greece perceives China as a viable alternative to the austerity measures imposed on Athens by the EU. A fundamental example in this regard is the port of Piraeus, which has become the most important Chinese bridgehead in the EU. The inclusion of Greece in “16+1” would also have a large propaganda dimension in relation to China’s desperately sought infrastructure successes in CEE. Even China’s wannabe flagship infrastructure project – the railway connection between Budapest and Belgrade – has been at a stand still for years, stalled due to reservations expressed by the EC and the inability to secure proper financing on the Hungarian side. Although the development of North-South infrastructure connectivity and transport routes in CEE was one of the main premises of institutionalisation of the “16+1” in 2012, the only positive episode in this respect was the successful bid for the EU-funded construction of the Peljesac bridge in Croatia won by the China Road and Bridge Corporation (CRBC) company. For seven years this is not much, and the port in Piraeus would thus definitely strengthen the investment portfolio of “16+1”. Moreover, Alexis Tsipras’s government is trying to attract the attention of the Chinese capital to the Greek real estate market. In addition to low prices – as compared to Spain, Italy or Portugal – Chinese investors are lured by the program of “permanent residence for an investment”, one of the cheapest of its kind in Europe. The purchase of a property for at least 250,000 EUR gives the investor the right to stay for 5 years, and also allows his or her relatives freedom of movement in Europe. Among the 2,300 beneficiaries of the Greek ‘golden visa’ program between 2013 and 2017, almost half were Chinese citizens.

The fact that the positions of First Vice Premier and member of the CPC’s Politburo are held by Han Zheng may also further support the enlargement scenario. Prior to his promotion to the top echelons of power of the party-state, Han, as mayor and party leader in Shanghai, worked actively for several years for the development of Sino-Greek relations. These were conducted on the basis of closer city-to-city relations (including MoUs on cooperation between Shanghai and Athens in 2009-2017) and the development of the port of Piraeus as the headquarters for the Shanghai-based COSCO shipping company. In addition to economic, propaganda and personal factors, the fact that Greece is advocating for China’s interests in the EU is no less relevant for the enlargement narrative. During the EU-China summit in Beijing (12–13 July 2016), the EU did not adopt a common position regarding China’s recognition of the Hague Tribunal arbitration of the disputed islands in the South China Sea due to three states backing out: Croatia, Greece, and Hungary. While Croatia’s distancing from the Tribunal’s verdict is most likely related to its own unresolved territorial dispute with Slovenia over the Gulf of Piren, Greece and Hungary have clearly not joined the common European position so as not to disturb their interests with Beijing. A year later, in 2017, the Greek government once again proved to be China’s reliable political partner by blocking the EU from issuing a statement at the United Nations which criticised China‘s human rights record.

The growing political influence of China over the Acropolis has also been demonstrated in the resolution of the Macedonia naming dispute. It was partly due to Chinese diplomatic actions, and in line with Chinese interests, that Greece and Macedonia came to terms with their three decade long conflict in January this year. Now with the main regional obstacle removed, the geographical closure for Beijing’s integrationist attempts between the Baltic, Black and Adriatic (Mediterranean) Seas is finally achievable. Thus, from the Chinese perspective, the co-optation of Greece into “16+1” would constitute a step forward, demonstrating that Beijing’s proposal for semi-peripheral areas of Europe is still valid. However, such a move would have to take into consideration the standpoint of Germany, with whom Beijing has been working to reposition “16+1” in relation to the Sino-American trade-tech war.

This article was originally published by the University of Lodz and can be found here.

Bartosz Kowalski is Assistant Professor at the Department of East Asian Studies of the University of Lodz and Research Fellow of its Centre for Asian Affairs. Image credit: CC by Pedro Szekely/Flickr.