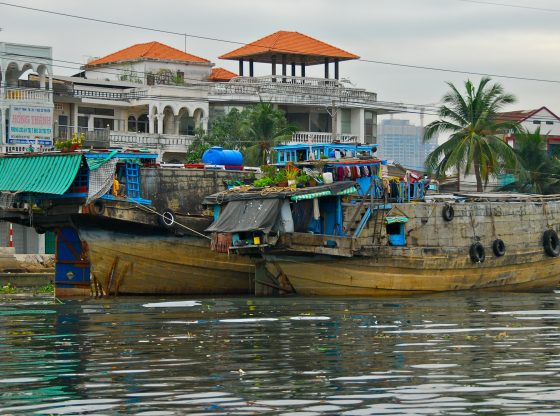 Growth triangles and similar forms of sub-regional economic zones are usually constructed around partnerships between private actors and a range of public actors at both national and sub-national levels. The private sector provides capital for investment whereas the public sector provides infrastructure, fiscal incentives, and the administrative framework to enhance investment, production and trade.

One familiar story is that the growth triangles are complementary to macro-regional integration within ASEAN. As early as 1992, ASEAN formally ‘adopted’ the idea of growth triangles, outlined a legal and economic framework for them and also stated that they should be seen as complementary to broader macro-regional economic integration within the ASEAN region. Recent scholarship emphasises, in a similar fashion, that the economically oriented sub-regions enjoy political stability from ASEAN.

Other observers draw attention to the competitive relationship between sub-regional projects and the effort to build a larger Southeast Asian economic market. Competition may play out in different ways. One type of competition is between ‘economics’ and ‘politics’, whereby growth triangles are viewed as mechanisms to achieve (sub-)regional economic integration while by-passing the macro-regional political bureaucracy promoted by ASEAN. Another type of competition is between different types of ‘economics’. According to this perspective, it is argued that the interventions aimed at strengthening specific sub-regions and export processing zones, for instance through tax exemptions, distort the larger Southeast Asian market.

The diversity of the region

In recent years, scholars have transcended the question of complementarity and competition in favour of a more diversified understanding of the interactions of various forms of sub-regionalism and macro-regionalism in Southeast Asia. A social constructivist approach to regionalism has proved to be helpful for such purposes. From the constructivist perspective, regions must not be taken for granted; they are neither ‘natural’ nor ‘fixed’ objects. By contrast, regions are viewed as social constructs in the making or un-making, with shifting and fuzzy boundaries.

Although the relevance of ASEAN is undisputed, there is also a range of other macro-regional frameworks and groupings, which illustrates the fuzzy boundaries of Southeast Asia: the ASEAN Regional Forum, ASEAN Plus Three (China, Japan and the Republic of Korea), ASEAN Plus Four/Five/Six (also adding Australia, New Zealand and India), the Asia-Pacific Economic Cooperation forum (APEC), the Asia-Europe Meeting (ASEM), the Asian Development Bank, and so forth.

Similarly, sub-regionalism cannot be limited to a series of neatly defined growth triangles. Firstly, there are also other sub-regional inter-state groupings, such as the Greater Mekong Subregion and the Cambodia, Laos, Myanmar and Vietnam (CLMV) countries. Secondly, there is a large variety of regional production and inter-firm networks that are predominantly shaped by business actors and which often depend on cultural and social relations, such as the Chinse guanxi or cultural links in the Greater Pearl River Delta. Thirdly, some entities emerge as a result of the spatial development of cities and industrial areas that spread to neighbouring countries through so-called ‘transborder metropolitan spill-over’.

As illustrated by the Greater Tumen Initiative and the Greater Mekong Subregion, micro-regional and sub-regional initiatives can also be designed to manage infrastructure projects (e.g. hydropower and energy projects) and common transborder resources (e.g. rivers and waters), with the result that they depend increasingly on diplomatic and political inter-state frameworks at ‘higher’ levels.

One may, of course, continue to identify ‘regions’ as ‘given’ and ‘fixed’, but as soon as we move away from one-dimensional and hermetically sealed understandings of social space, then the region automatically becomes more fluid, porous and heterogeneous, with a range of different actors and regional spaces that intersect, merge, mingle and sometimes also clash. This necessarily implies that it becomes more difficult to uphold clear distinctions between micro-regions, sub-regions and macro-regions, and their interaction extends beyond neatly defined binaries such as competition versus complementarity.

There are both winners and losers in these processes. Some actors are able to use old as well as new regional and sub-regional frameworks in order to promote group-specific interests. Consequently, one of the major challenges for policy and practice is to steer these different processes in favour of broader societal and common interests and goals.

Fredrik Söderbaum is a Professor in the School of Global Studies, University of Gothenburg, Sweden. He is the author of Rethinking Regionalism (Palgrave Macmillan, 2016).

Market-shaping policy reforms: Insights from Chinese football sponsorship
Women and minorities in the Lok Sabha: Intersectionality in the Indian elections