The dynamics of social media and the Indian Elections 2019 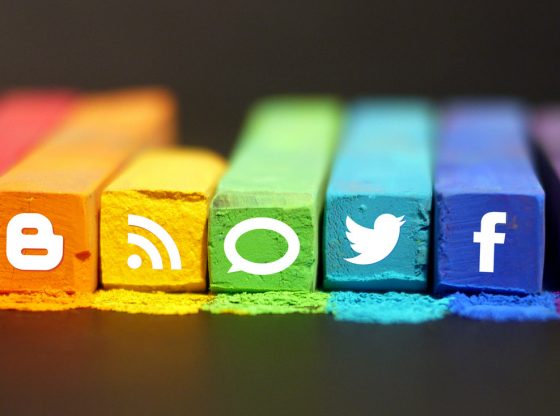 Everything about the Indian elections is grand: about 900 million electors cast their vote over a month-and-a-half to elect 543 members for the lower house of Parliament, the Lok Sabha. The Indian general elections are celebrated around the world as the largest festival of democracy, the latest of which is scheduled to take place in seven phases between 11 April and 22 May 2019.

All democratic contests, including the one in India, are about candidates attempting through public reasoning to convince voters to support the particular vision of the social contract that that candidate or their political party espouses. However, given the scale of the electoral exercise and the plurality of the society that these elections seek to represent, political communication represents a far more crucial lynchpin in the modern Indian democratic contest than it does in many others.

The need to address a large number of voters across spatial and social divides in a first-past-the-post system necessitates the deployment of new communication technologies for a more efficacious political campaign.

While electronic media have played an important role in Indian elections for some decades, the advent of a variety of new digital technologies and platforms (WhatsApp, Twitter, YouTube, Facebook and TikTok, etc., as well as a number of web-based dissemination tools, collectively and loosely labelled ‘social media’ in the popular press) for public campaigning since the 2014 elections has altered the character of such forms of communication.

In India, the number of users for most social media platforms is within the top ten in the world. For instance, WhatsApp has 200 million users in India, Twitter has 7.65 million users, Facebook has 300 million users, and 41 million people watch YouTube on a monthly basis. The impact of such intensive communication through social media has been decisive for the very nature and character of electoral contests, chiefly owing to two factors: (1) the immediacy of the engagement, with deep penetration through the device of posts going viral (sometimes, allegedly, owing to the deployment of bots); and (2) the suspension of norms of civility and responsibility owing to the anonymous nature of the engagement.

Much media energy has been devoted to describing these shifts, but relatively little attention has been paid to the overall impact on the political process. Therefore, it is the latter which is the main concern for this election.

Social media technologies can be at once democratising and alienating. These technologies enable any individual to reach a vast audience (which was until recently the preserve of more organised media houses), but simultaneously this makes it far easier for them to be captured by a limited number of actors. A relatively small financial cost lends the ability to a small number of users to bombard the electorate with party political messages with little political accountability or responsibility. The net impact is in geometric proportion to the number of such platforms deployed. It is fair to argue that the impact of this social media use cannot be overstated and has reportedly led to social relations being fractured because of political views being circulated on such platforms.

The result is the de-institutionalisation of the democratic structure and a strengthening of what Lloyd Rudolph and Susanne Rudolph call a command polity. The cult of the individual and charisma have a field day at the cost of the representation of social pluralities. Many such patterns are visible in the run-up to the 2019 elections in India. WhatsApp in particular has been responsible for fuelling many a social conflict in the recent past, from the persecution of targeted sections of the population to the spread of social unrest and fear through thousands of re-postings of messages −  the veracity of which is rarely an issue.

This is the space where othering takes place with impunity and with only a miniscule risk of social censure. Absolved of the responsibility to defend their views in an open arena of co-equal citizens, regressive actors are able to campaign for their political viewpoints from the safety of a smartphone. The social rupture caused by such campaigns, including heightened insecurity for marginalised sections of society, is phenomenal. It must be stressed that alongside skewing public reasoning, the phenomenon of fake news and misrepresentation pushed via social media is providing a powerful outlet for less-than-progressive or even undemocratic social forces as well.

An important aspect of the role that social media are likely to play in the elections is the phenomenon of fake news and misinformation. The months and years leading up to the 2019 elections in India have already demonstrated a proliferation of this phenomenon. From reports of social conflict to full-blown rumours − they all have a full day in the sun in this new world of social communication. Apart from creating social tensions and skewing the terms of public reasoning, the density of such transmissions is such that many do not have the ability or wherewithal to distinguish between fact and fiction.

Consequently, the fulcrum of public reasoning is shifting to the construction of the other. It therefore becomes less important for political actors to propose their own programme of action and more important for them to contest characterisations by others. Besides this, there are numerous examples of the misrepresentation of an event by the deployment of morphed, edited or sometimes invented pictures and videos in order to push a particular political opinion. Cases of such fake news are so numerous that websites have sprung up with the sole purpose of verifying posts across social and web-based media.

Nation-states, as territorially bounded political communities, presume a level of public reasoning amongst co-equal citizens. Most modern democracies are thus political communities of individuals bearing political rights within the territory of the nation-state. The borderless nature of social media technologies, however, is leading to the unbundling of such premises, with non-citizens – including the Indian diaspora – acquiring the (sometimes disproportionate) ability to affect electoral outcomes.

The Indian political landscape aptly demonstrates this feature. The central role of the Indian diaspora was first noticed in the 2014 elections, and there are all the signs of their continued significance in the forthcoming elections in 2019. This also entails interference without any responsibility for the consequences of the political choices advocated or campaigned for via social media.

While the Bharatiya Janata Party (BJP) led by India’s current Prime Minister, Narendra Modi, was the first party to concertedly deploy social media to campaign for its own programme and ideology in the 2014 elections, in the years since most other parties, including the Indian National Congress (INC), the Samajwadi Party and many others have created IT cells to coordinate and aggressively campaign for their programme and vision for the 2019 elections. Late starters such as Mayawati of the Bahujan Samaj Party (BHP) have also jumped on the bandwagon, attesting to the centrality of this mode of communication for the forthcoming electoral contest.

A perusal of the patterns of political articulation across social media leaves the unmistakable impression of a fractured and fragmented public sphere. Each of the major electoral alliances led by the BJP and the INC, respectively, seems to be addressing entirely different public spheres through social media. On the one hand, the former offers a muscular policy stance with respect to defence, global claims of being a great power and the enforcement of bitter-pill policies domestically and argues for the need to subsume the individual to the greater national good. Meanwhile, the latter stresses the failures of the incumbent BJP government in the economic realm, particularly with respect to rising unemployment and the larger questions of economic security, justice and freedom.

Vicious battles are being fought out on social media by the adherents of the two sides along with trolling each other. This has enabled the political actors to avoid engaging with their opponent in the electioneering. Hence the exercise of public reasoning is barely visible, with each side addressing its own echo chamber through social media. This also implies a collapse of the public sphere being steered by reason and respect for contrarian viewpoints. The echo chambers of social media have created a crisis for the public sphere, and this is most visible in the run-up to the 2019 Indian general elections.

Unanchored social media campaigns are thus likely to have an important impact on the 2019 elections. While most commentators are less than sanguine about their impact and fear social polarisation leading to significant skews in the electoral outcome, the nature of the medium is such that it also enables equally significant contestations. Many sections of society, fearing such electoral skews, have been able to string together alliances with other such actors to contest the political campaigns based on fake news or misrepresentation with a view to bringing the political debate back to the basic issues of social cohesion and transformative socioeconomic change.

It will only be possible to assess the net impact of social media on the forthcoming elections in the months after them. However, whatever the outcome, the central role of social media cannot be wished away. Efforts to regulate social media by the government have been contested and therefore its unregulated nature is most likely here to stay – the efforts at internal regulation through a voluntary code of conduct by some platforms notwithstanding.

Amit Prakash is a Professor at the Centre for the Study of Law and Governance, Jawaharlal Nehru University, New Delhi.