China’s economics and the Belt and Road Initiative

Home /China, Economy/China’s economics and the Belt and Road Initiative 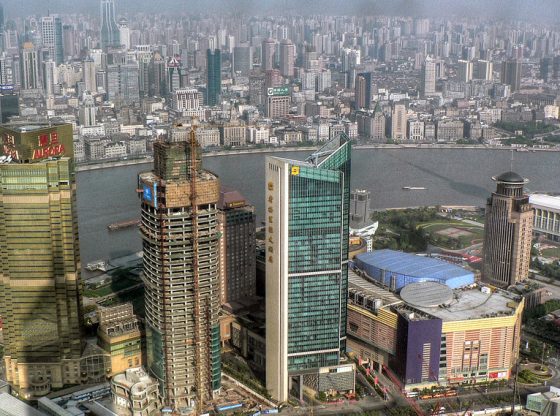 The fact that China’s economic miracle – which has seen millions lifted out of poverty since 1978 – is based on an export-driven growth model is well known. Deng Xiaoping’s reform and opening up of 1978 saw the People’s Republic of China (PRC) embrace a capitalist model of development as it integrated itself with the world economy. The reform and opening up policies ensured that China emerged as the world’s manufacturing platform, and countries across the globe became reliant on it for cheap and readily manufactured products ranging from sewing needles to telescopes.

However, the onset of the global financial crisis in 2008 meant that China’s prime export destinations in the US and the EU no longer had sufficient capacity to absorb Chinese exports. This reason, among others, was a major contributing factor in the emergence of massive oversupply in several key sectors of the Chinese economy, including steel, cement and iron ore. It also signified reduced revenues for the Chinese economy, which in turn meant lower growth rates and led to what Xi Jinping termed the ‘new normal’ in 2014, the characteristic feature of which is a slower, single-digit growth rate.

Therefore, for China to regain its double-digit growth rates of the past, it is essential that the oversupply is eased out, either through domestic consumption or through exports to other destinations besides those in the US and the EU. However, China’s domestic consumption has traditionally been low. In fact, November 2018 saw retail sales at their weakest level for 15 years! This pushes China back to its export-reliant growth model. The only problem with this is the identification of newer export destinations and ensuring the smooth flow of Chinese exports to those destinations.

The solution to the problem was found by China in its own history, in its own historical Silk Road. Adapting the historical trade route to its current needs and circumstances, China came up with a policy which was initially called ‘One Belt One Road’ and is now known as the Belt and Road Initiative (BRI). Announced in 2013, the BRI aims to strengthen the PRC’s connectivity with the world, covering an expansive geographic scope, and it also aims at creating infrastructural as well as economic and cultural ties. The initiative currently extends to 65 countries, comprising around 4.4 billion people, with a combined gross domestic product of US$23 trillion.

In Xi Jinping’s speeches on the BRI, the term repeated most often is ‘community of common destiny’, as China tries to present its grand initiative to the world while making promises of mutual benefit. However, what first needs to be understood are the benefits China itself would reap. Only after such an understanding is it possible to reach a more objective assessment as to whether the benefits for other parties might be equal or not.

Some of the economic benefits for China include an expansion of China’s export markets, promotion of the yuan as an international currency, and the reduction of tariffs on Chinese exports. The BRI will also help China boost growth in its lower income western provinces of Tibet and Xinjiang, which will be connected to Central Asia by building overland trade routes to connect their economies.

China has a large reserve of savings that have not been fruitfully invested, particularly because of the slowdown in growth. Investing in large-scale infrastructure projects overseas enables China to export its excess savings along with its overcapacity in steel and iron ore. The country’s largest state-owned enterprises (SOEs) are in the steel, iron ore and cement sectors – all of which have been plagued by oversupply and are loss-making enterprises that cannot be put out of operation simply because they are state-owned.

The BRI presents these SOEs with a golden opportunity to export their surplus capacity abroad, along with the possibility of earning revenue. Increasing volumes of trade, investment and connectivity between China and other countries, particularly in South and Southeast Asia – regions described by the Chinese leadership as the axis of the BRI – will mean an increased dependence of these countries on various sectors of the Chinese economy. This in turn will increase the PRC’s leverage over them and enable it to shape norms of governance in these regions. This could be seen in the case of Sri Lanka’s Hambantota port, which had to be handed over to China because Sri Lanka was unable to repay the Chinese loans.

Several BRI projects are expected to yield benefits only in the long term. Meantime, however, large amounts of capital become tied up in these projects which could be used more productively elsewhere. In fact, even Pakistan – China’s ‘all-weather’ friend – which had high hopes of the China-Pakistan Economic Corridor (CPEC), has reportedly diverted US$171.6 million in funds meant for joint infrastructure development projects into other construction projects. The underlying reason behind this remains the tying down of valuable capital for the long term into projects whose future benefits are uncertain. Malaysian Prime Minister Mahathir Mohammed has even compared the BRI projects in Malaysia with the ‘unequal treaties’ that were imposed on China after the Opium Wars.

The BRI is only five years old, and several of the participating countries have joined it in the expectation of having hard infrastructure. However, the BRI is also only a blueprint rather than a concrete plan. In several countries there is a vast gap between what the Chinese have declared they will spend and what they have actually spent.

An example of this is can be seen in Bangladesh. When Xi Jinping visited Dhaka in 2016, he promised US$21.5 billion for 26 projects. However, when it came to negotiating specific projects, the Chinese companies tried to change the amount of investment that the government had originally agreed. In addition, China sought to convert part of the soft loans it had pledged to Bangladesh into commercial credits. If disbursed as commercial credits instead of on a government-to-government basis, the loans could be very expensive for Dhaka and could cause a long-term debt crisis.

Keeping such cases in mind, it is therefore pertinent for countries to assess the economic benefits that the PRC will reap from the BRI in order to understand what might be at stake for them in the partnership, and whether the partnership will actually be a case of win-win, or whether this is simple diplomatic double-speak.

Dr Sriparna Pathak is a Visiting Professor at the Centre for Southeast Asian Studies, Gauhati University, Assam, India. She can be reached at sriparnapathak@gmail.com.

The regional aims to become the new national: The Trinamool in West Bengal
China’s banks are struggling – but don’t blame just them