China’s banks are struggling – but don’t blame just them 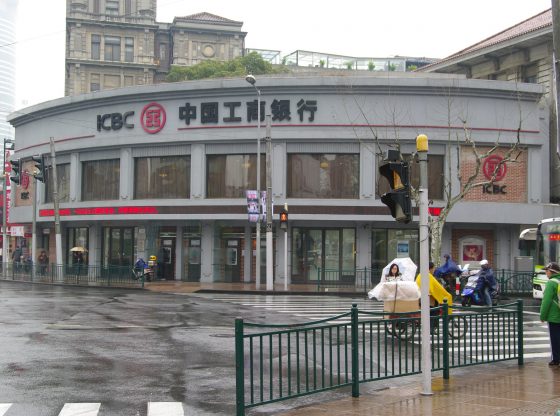 China’s banks are facing strong headwinds as the authorities attempt to keep their risks down and liquidity up. The crackdown on shadow banking has reduced financial system leverage and dampened the risks stemming from the non-banking financial system, while at the same time bad loans have been swept off bank balance sheets and onto those of asset management companies.

Bad loans have proliferated as the economy has slowed, and it is this slowdown in growth, coupled with the state-owned banks’ implicit requirement to lend in accordance with the government’s policy priorities, which are really the culprits of the banking sector’s woes.

True, it might be a bit of a stretch to state that the banks have not played a role in their own present poor state of affairs, since they have accrued an increasing number of non-performing loans that are quickly sanitised from the balance sheet. However, the alternative would be for banks to sharply reduce their lending as the risks mount due to the economic slowdown. This would be unthinkable for the Chinese government, which depends on high-value infrastructure projects and the like fuelled by bank loans to boost its target GDP.

A new wave of major market-oriented economic reforms is needed, but these would cause a relative loss of government control as well as volatility, neither of which the government wants

Monetary and banking officials have come up with a number of solutions to keep banks seemingly sound: monetary policy has been kept generally loose, with a very low benchmark interest rate in recent years, the required reserve ratio has been lowered, and other practices have also been implemented such as a medium-term lending facility. Asset management companies purchase bad loans from the banks, and now the Central Bank has allowed banks to issue perpetual bonds to recapitalise themselves. However, all these measures are little more than patches to cover the underlying problem of government policy lending priorities being used to boost GDP growth and slow down actual growth.

How, then, to address this underlying problem of slow growth, which is forcing banks to lend in support of government policies and to face an accrual of non-performing loans?

There is no doubt that the economy needs to grow. The economic slowdown has been experienced mainly in the manufacturing sector, which has experienced flagging demand both domestically and overseas. This particularly affects small and medium-sized enterprises (SMEs) – which have experienced difficulties in obtaining loans for working capital – and industries that have been the target of supply-side reforms, leading to a decline in profitability. These slowing sectors represent a major chunk of the economy, while the parts that are performing well, such as the high-tech and equipment manufacturing sectors, are much smaller.

This means that China is making its transition from being a lower value-added, labour-intensive manufacturing economy, as it had intended. However, it also means that those components of the economy which should have made up for growth losses, such as a more sophisticated services sector, are lagging behind.

Small and medium-sized enterprises are still not properly taken into account, and even though the government has urged banks to lend to SMEs, their relative riskiness has consistently made them less attractive to banks as potential borrowers. Even though SMEs have provided about 60 per cent of China’s GDP in the past couple of decades, they haven’t really been properly considered in China’s overarching restructuring plan.

There are a couple of reforms that the government could readily implement, however, not least in the services sector, where it could focus on increasing competition in industries which have low levels of competition and continue to be inefficient, such as health care and public education. It could also ensure that SMEs are truly bolstered. The services sector has lagged behind in terms of economic reform because of vested interests, such as local government interests in providing employment and upholding the status quo. This sector also faces excessive regulation in some areas, as well as overspending.

SMEs may not be a core focus of restructuring per se in terms of moving up the value chain, but they are likely to remain a central part of the Chinese economy for quite some time. The government should not only ask banks to lend to SMEs, it could also help to incorporate these businesses better into supply chains and provide training to SME owners to help them produce a greater quantity of higher value products.

The fact that large Chinese banks are not entirely independent of the state has both hurt and helped them, rendering their efficiency and profitability mediocre. Right now, however, there appears to be little upside to China’s economic growth, as demand remains relatively low, both internally and externally.

A new wave of major market-oriented economic reforms is needed, but these would cause a relative loss of government control as well as volatility, neither of which the government wants.  Therefore, we can expect banks to continue to suffer – at least in the short run, if not in the medium term.

As a result, the shadow banking sector is likely to persist, and the government will have to work continuously to reduce the risks in this area as well as to dampen non-performing loans in the formal banking sector; a task that no banking authority would envy.

Professor Sara Hsu is an Associate Professor of Economics at the State University of New York at New Paltz.

China’s economics and the Belt and Road Initiative
Deciphering democracy: The significance of the 2019 elections for India’s democratic progress