Deciphering democracy: The significance of the 2019 elections for India’s democratic progress 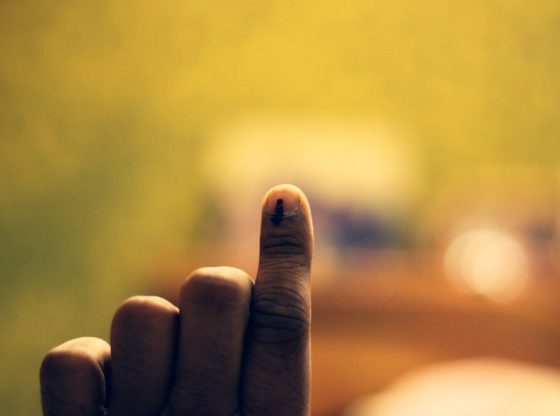 There is a figurative association between elections and democracy. Elections are seen as significant and worthy only when they take place within the context of democratic politics.  Modern democracies rely on elections not only for electing representatives but also for expressing the opinions and hopes of the citizens in a democratic country. Therefore, the study of elections is given most space in democracy studies around the world.

Although elections are not the only focus in the field of democracy studies, they certainly occupy a key position within this field. Beyond specific research, elections attract the attention of scholars, policymakers, media organisations and the public in general.

The issue of democratic institutionalisation pervades the entire spectrum of democratic functioning, from the conduct of elections to the party system and to parliamentary and federal governance

Electoral politics in India today is at a crossroads. The 2019 general elections highlight some of the anticipated and inadvertent consequences of various foundational theoretical concerns and these need to be empirically worked out through the process of democratic politics.

The first set of concerns springs from the attempt to blend parliamentary and federal principles of government within the Indian constitution. The period from the 1980s to the 1990s brought to the forefront the question of federalisation of the Indian polity in a manner that had not previously been seen.

The second set of theoretical concerns, emerging from present-day electoral and party politics in India, relates to resolving the tensions between democracy and development, democracy and capitalism, the political economic system and the individual, and regional and global integration. Contemporary trends have revealed the mounting disjuncture between Project Democracy and Project Development, in a manner whereby one is often said to disavow the other.

India`s electoral democracy seems to have struck deeper roots by now. We have gone beyond the early stages of democratising a traditional and inegalitarian society. We may have already reached a point where the question of sustaining democracy is no longer in serious doubt. India is among only a few democracies in the global South where the deepening and institutionalisation of democratic governance are now on the agenda for the future.*

The issue of democratic institutionalisation pervades the entire spectrum of democratic functioning, from the conduct of elections to the party system and to parliamentary and federal governance. It is tied not only to the survival of democracy, but to its quality. Not only to gross economic growth, but to economic development with a just and human face. Not only to the economic exploitation of natural resources, but to their sustainability and the survival of the planet in the face of a nuclear winter and cataclysmic natural disasters flowing from climate change and global warming.

The 2019 general elections currently taking place in India find us at a political crossroads. After four decades of one-party dominance under the aegis of the Indian National Congress (INC) (1952–1989), two and a half decades of federal coalition governments (1989–2014), and half a decade of a de facto one-party Bharatiya Janata Party (BJP) government (2014–2019), India is going to the polls in a situation where the political contours at the end of the elections are unpredictable and fraught with uncertainty as regards the stability of the resulting government, although mercifully not in regard to the stability of the political system as a whole.

The most probable outcome appears to be one of the following scenarios:

None of the above possibilities inspires much optimism or certainty about a politics of purpose and promise. With the exception of the first coalition listed above, all the other elements in this complex and fluid situation appear to be bands of non-ideological opportunistic political entrepreneurs ready to enter into farcical and unstable coalitions in a bid for power. Most likely we will see a repeat of the unstable coalition governments of the early post-1977 years and the first decade post-1989, taking us on a journey to nowhere!

For now, we must just wait and see what these elections to the seventeenth Lok Sabha finally bring in their train in terms of the inter-party matrix.

Will Hindutva nationalism and civic nationalism converge, borrowing from each other to produce a new mixed ideological fabric? Will the National Democratic Alliance (BJP system) present an alternative to the Congress system of yore? What form of grouping do the regional parties which are not attached either to the BJP or the INC present? What social coalition underlies all these inter-party relationships and political coalition-building? We must keep our fingers crossed for the best.

Rekha Saxena is a Professor in the Department of Political Science at the University of Delhi. She Tweets @ProfRekhaSaxena

*Rekha Saxena: Introduction to the International Conference on ‘Electoral Dynamics and Contours of Party System: Run-up to 2019’ organised by the Department of Political Science, University of Delhi, 1–2 March 2019.

China’s banks are struggling – but don’t blame just them
The state of the states: The crucial regional parties and the parliamentary elections in India. Part III