The state of the states: The crucial regional parties and the parliamentary elections in India. Part III 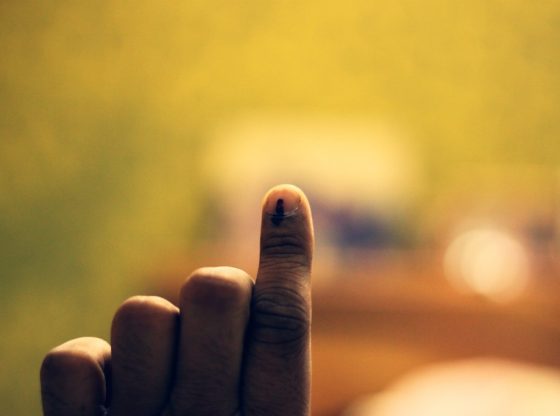 This is the third instalment of my series which monitors election developments in six large Indian states. I have decided to follow the progress of a few regional parties and their relations with the national coalitions, assuming that if a decisive winner does not emerge, then these parties may turn out to be crucial.

The six states I am looking at are: Uttar Pradesh, Andhra Pradesh, Bihar, Maharashtra, Tamil Nadu and West Bengal. These cases are my weather stations. By restricting myself to them, I may not forecast the weather correctly, but I may assess the general course of the storm (if, to repeat, there is no clear winner).

As these are national elections, it must be remembered that it is about whether the BJP and its allies can pass the majority mark at the all India level rather than just the state level

The elections started on 11 April 2019 and will take more than a month to complete, being divided into seven phases. All the alliances and other pre-poll tactical arrangements between the parties have now crystallised and no plot twist is possible anymore. What I aim to do in this instalment, therefore, is to summarise where the battle lines and alliance links have been drawn. The fourth and final part will look at how these states and parties fared in the elections once the results are announced (the votes will be counted on 23 May).

India’s most populous state is crowded not only with people but also big parties. And it seems large enough to witness a three-cornered battle. The ruling party, the Bharatiya Janata Party (BJP), and its minor allies will face two regional rivals brought together – the Samajwadi Party (SP) and the Bahujan Samaj Party (BSP). The main opposition party, the Indian National Congress (INC/Congress), was reported to be considering an alliance with the SP-BSP at one time, but this did not materialise. Hence the opposition forces will be divided between the SP-BSP alliance and the Congress camp.

There are predictions that the SP-BSP duo may reduce the number of seats gained by the BJP, but it remains to be seen to what degree. The SP is still troubled with in-fighting, having recently witnessed a tussle for leadership between the founder and earlier supremo of the party, Mulayam Singh Yadav, and his son and current leader, Akhilesh Yadav. The disgruntled and sidelined father continuous to be a malicious opposition within the party, speaking out against the alliance with the BSP and making other irresponsible comments. Such a situation may confuse party workers and split the electorate.

With a father like this, Akhilesh Yadav hardly needs enemies. In a recent interview with independent journalist Shivam Vij, it was pointed out to Akhilesh Yadav that his father had ‘blessed Narendra Modi [the BJP leader and incumbent Prime Minister] for the second term’. Yadav astutely replied ‘I know how Netaji’s [Mulayam Singh Yadav’s] blessings work’, alluding to the fact that his father’s blessing may turn out to be a curse.

The Telugu Desam Party (TDP) – the regional party incumbent in the state government – finally decided to go it alone for these elections without entering an alliance with the Congress, while clearly being on a collision course with the other national party, the BJP (and the feeling is mutual).

I still believe that in case of a fragmentation of final results, the TDP may be one of the parties to tip the scales. The opinion polls suggest that the regional party does have an edge over its rivals (and thus was right not to enter into an alliance). Voters in Andhra Pradesh have already cast their votes in the first phase of the elections and turnout was quite high, but this does not necessarily confirm a rising wave of popularity for the TDP.

The state will most likely experience a battle between two great alliances, one centred around the BJP and the other around the Congress. Although there was apparently some friction, one of the largest regional parties, the Rashtriya Janata Dal (RJD), has announced its seat-sharing agreement with the Congress. These two main opposition parties in Bihar will work together with four other groupings and oppose the incumbent duo of the BJP and the Janata Dal (United), which also have smaller allies by their side.

There were some voices of dissatisfaction within the BJP’s Bihar unit, but I would not overestimate their significance. The actor-turned-politician Shatrughan Sinha finally left the BJP to join the Congress, while Shahnawaz Hussain complained that he could not contest his seat as it had been given to a candidate of an allied party, the JD(U). However, Sinha has been complaining about his position in the party for years and thus his cloak changing was long overdue. Meanwhile, Hussain still decided to campaign for the BJP, despite not being able to contest the election himself.

The opposition Congress gave quite a few seats to its partner, the RJD, to contest. This may be read as a sign of weakness, but it may also be based on a calculation about who has more chance to win in a given constituency.

Like Bihar, the state will mainly witness a battle between combinations of one national and one regional party: the incumbent BJP with Shiv Sena on one side, and the opposition Indian National Congress (INC) and Nationalist Congress Party (NCP) on the other (not counting smaller parties).

I have previously discussed the seat-sharing agreement between Shiv Sena and the BJP, and despite a lot of friction between the two parties, their alliance has stood its ground. The Congress and NCP also managed to work out their seat-sharing agreement in the end. Popularity surveys published by the Quint in March suggest that the BJP-Shiv Sena tie-up is working to the incumbents’ benefit.

The Congress has worked out its seat-sharing agreement with the regional party, the Dravidian Progressive Conference (DMK), and a host of smaller allies. The other major regional party, the All India Anna Dravidian Progressive Party (AIADMK), has not entered into an alliance or an agreement with the BJP. The southern state will thus be another one with a three-cornered battle – between the Congress-DMK, the AIADMK, and the BJP – all of which will be seconded by small parties.

All the opinion polls suggest that the Congress-DMK will win the majority of seats, a result which would add to the BJP’s worries. The Hindu nationalist party cannot hope to win anything but a symbolic number of mandates in the Tamil state, but it would want AIADMK to garner as many seats as possible since that regional Tamil party could potentially support the BJP if additional support is needed.

As in Andhra Pradesh, the regional party here which is also the incumbent – the All India Trinamool Congress (AITC) – has decided to go it alone. The opinion polls so far suggest that the AITC will win more seats than the BJP, but the growth of BJP’s popularity in the state is also visible.

As these are national elections, it must be remembered that it is about whether the BJP and its allies can pass the majority mark at the all India level rather than just the state level. Getting more seats than the AITC in West Bengal may not now be possible for the BJP, but the party may increase its tally in that state, thereby perhaps making up for some of the anticipated losses in other regions.

Krzysztof Iwanek is Head of the Asia Research Centre at the War Studies University in Warsaw, Poland, a regular contributor to The Diplomat and an irregular contributor to Lowy Institute’s The Interpreter. He also teaches the history of India at the University of Warsaw and used to teach Hindi at Hankuk University of Foreign Studies, Republic of Korea. His main fields of interest are contemporary Indian history and politics.  Image Credit: CC by Incredibly Numing/Flickr.