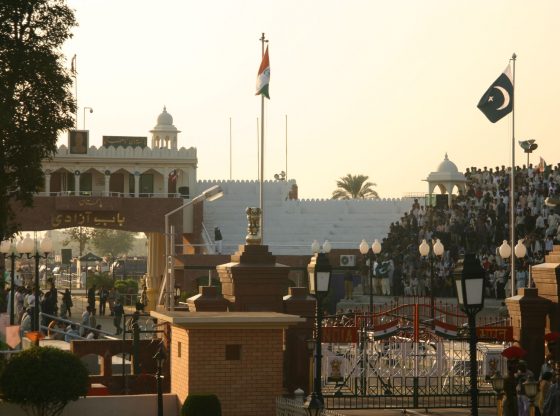 Increasingly, electoral campaigning in India has become bereft of debate on the policies and programmes of the political parties in the fray. The importance political parties give to their election manifesto can be understood by the fact that the ruling Bharatiya Janata Party (BJP) released its own just two days before the beginning of the first round of elections on 11 April 2019. In the last general election it was released on the very day the elections started.

Clearly, then, there is no serious contestation of ideas in the elections, and political campaigning simply degenerates into slogan mongering, accusations and counter-accusations, and raucous rhetoric. The electoral campaigning this time around appeared no different until the release of the opposition Congress party’s manifesto on 2 April, although that then left very little time for any serious discussion of the real issues that matter to people.

Most Indians would want to see their country emerge as a strong state: not just a ‘muscular state’, but a compassionate one as well – a state that cares for its poor, backward and oppressed

Unfortunately, the main narrative for the electoral campaign was set by a suicide terror attack on Indian paramilitary forces in a place called Pulwama in the state of Jammu and Kashmir on 14 February, which killed more than 40 troopers. A Pakistan-based terror group, Jaish-e Mohammad (JeM), claimed to have carried out the terror attacks. In retaliation, the Indian government carried out airstrikes on a terrorist training camp of the JeM in Balakot in the Khyber Pakhtunkhwa province in Pakistan.

It is not clear what may have been the reason for the timing of the Pulwama terror attacks. What is clear, however, is that it created the opportunity for the BJP to shift the political narrative in the election campaign. After electoral defeats in December 2018 in three state assemblies where it had been in power, the BJP was losing the battle of the narratives to the opposition. It was being challenged on the issues of corruption, development, soaring unemployment and farmer distress.

The Pulwama terrorist attack and subsequent wave of popular anger shifted the political narrative. The retaliatory airstrikes on Pakistani territory had great strategic significance for India, as they were being carried out against a nuclear weapons power which has used its nuclear shield to pursue a proxy war against India.

Understandably, the decision to carry out the airstrikes projected Prime Minister Narendra Modi as a strong and decisive leader. Poll surveys around this period also showed that his support had been boosted. It was inevitable that there would be some degree of politicisation of the military action, with the BJP claiming credit for it. However, what had not been anticipated was the BJP’s attempt to make electoral gains out of the military action. Soon enough, BJP hoardings and banners featured photographs of defence personnel. The Election Commission of India (ECI) had to issue an advisory to all political parties – though intended mainly for the BJP – to keep the country’s defence personnel out of the election campaign.

The propaganda value of the military action for the BJP’s re-election bid became apparent when a top BJP leader in Karnataka stated that the attacks would result in an increase in the party’s seat share. The opposition accused the BJP of politicising national security and using the recent airstrikes for electoral gains. But this was nothing new. National security has been at the core of the BJP’s everyday political discourse. It has advocated a form of ‘muscular nationalism’ for dealing with terrorism and Pakistan. It uses the enemy image of Pakistan to taint opposition parties and leaders by linking them to Pakistan. During the Gujarat assembly elections in December 2017, Prime Minister Modi made unsubstantiated charges against the former Prime Minister Manmohan Singh of conspiring with Pakistan.

In the aftermath of the Balakot airstrikes, the BJP used a consistent narrative of disrespect to the armed forces to divert attention from the real issues. Those who raised questions about the numbers killed by the airstrikes were charged with weakening the morale of the armed forces. Prime Minister Modi said people were saluting the soldiers, but those asking for proof were the ones who were liked in Pakistan and wanted him to be defeated. The Prime Minister continues to use very impolite and disrespectful language against the opposition. The political discourse has sunk to a very low level. Modi proudly declared at an election rally in the state of Maharashtra: ‘Under the BJP’s watch it is the policy of new India that it will kill terrorists by barging into their houses’.

The BJP has fallen back on a discourse of danger for its election comeback. This is to invoke fear and terror amongst the people and then project the indispensability of the party for India’s security. Ironically, this is exactly what the Pakistani military does to keep itself entrenched in the power structure. One of the best ways to understand the role of fear in politics is to refer back to Charles Tilly’s interesting analogy of war-making as a ‘protection racket’. In speech after speech, Prime Minister Modi now assumes this role of the protector. A security narrative that projects Pakistan as an existential threat helps him in playing this protector’s role and reinforces his indispensability for the protection of India. If there were no need for this protection, his pivotal role for the security of the country would be in question.

The language of security has become casual as well as pervasive in the election campaign. Not to be left behind, on 26 March 2019 Rahul Gandhi, President of the Congress, termed his party’s promise of a minimum guaranteed income for the poorest 20 per cent of households a ‘surgical strike on poverty’.

The BJP will continue to present a challenge to the other parties through its national security narrative, but hopefully it will not be allowed to set the tone. The Congress can choose to go down the same path, but if it wants to create an alternative security narrative, then instead of borrowing Modi’s unpleasant and hostile language it would be advised to pick up some ideas from the Copenhagen School of security studies and their ‘securitisation’ approach.

The securitisation approach is centred on the assumption that security is not an objective reality, but is socially constructed through a politics of representation based on discursive practices. Thus issues become security issues not because they are issues of security in themselves, but as a consequence of being referred to in terms of security. This way of thinking about security allows a range of phenomena – poverty, environmental degradation, climate change, infectious diseases, and so on – to be framed as national security issues. Hence this also legitimises recourse to special or emergency measures.

The current campaign may not be a perfect case of the application of the securitisation approach, but it does give ‘enough ammunition to fire the first salvo’ – if one may use an expression from the current political lingo in India.

It began well enough, with the Congress manifesto promising to rid India of poverty by 2030. The Congress proposes to create a Nyuntam Aay Yojana (NYAY) scheme, which will guarantee a minimum income of INR 72,000 (around US$ 1,000) annually for 20 per cent of the poorest families. The manifesto also promises to allocate 6 per cent of GDP to education by 2023/24 and 3 per cent to healthcare. It will do away with the existing healthcare system based on private insurance and strengthen the government’s healthcare system. The Congress manifesto also promises to tackle pollution as a national emergency.

Some of the bold proposals in this manifesto relate to laws that have been misused for reasons of national security. It promises to repeal the colonial-era sedition law, which provides for detention without trial, to decriminalise defamation laws, and to review the Armed Forces Special Powers Act (AFSPA), which empowers and provides immunity to the security forces in their operations in areas affected by insurgency and militancy. The sedition laws have been misused by the current government as well as earlier ones to arrest and file cases against students, social and political activists and journalists for criticising the government.

The Congress manifesto has come in for sharp criticism from the BJP, alleging that it speaks the same language as that of Pakistan and is a document of Pakistani conspiracy because it proposes to review the AFSPA. The BJP has charged the Congress with bowing down before terrorism and undermining the security forces.

The Congress manifesto, by focussing the political narrative on poverty and individual liberties, can make a dent in the BJP leadership’s attempt to steer the narrative towards nationalism. The BJP criticised the Congress manifesto and questioned the economic viability of the NYAY scheme. Yet the BJP has itself used this year’s interim budget to allocate INR 750 billion (a little more than US$ 10 billion) as a direct cash transfer of INR 6,000 a year to small and marginal farmers under the Pradhan Mantri Kisan Nidhi (PM-KISAN) scheme.

Such schemes have also been experimented with in some states in India, as well as in many other countries around the world. The challenge for the Congress, if it comes to power, will be to create a political consensus on the proposal, as well as a clearly feasible and economically viable policy programme. Manifestos, as we well know, are simply a statement of intent.

Globally, neoliberalism is being subjected to some critical rethinking. Economic growth itself is not a sufficient condition to reduce poverty. The Congress manifesto promises a debate on more inclusive growth strategies to address the issue of inequality. Most Indians would want to see their country emerge as a strong state: not just a ‘muscular state’, but a compassionate one as well – a state that cares for its poor, backward and oppressed.

If the Congress manifesto is able to promote a vision that national security, besides upholding territorial integrity and combatting terrorism, is also about an India where people have the economic means to live, individual liberties and dignity, it will have played a tremendous role in creating a counter-narrative to the BJP’s muscular nationalism.

Whether this will translate into votes for the Congress is a moot question. Elections are not only about controlling the narrative; there are many other factors on the ground which will decide the outcome. One only hopes that the political parties in India will bring some sanity to the crassness of the political discourse and not assume that voters are incapable of deliberating on the real issues that matter to them.