Will China find the 8th road to modernisation? 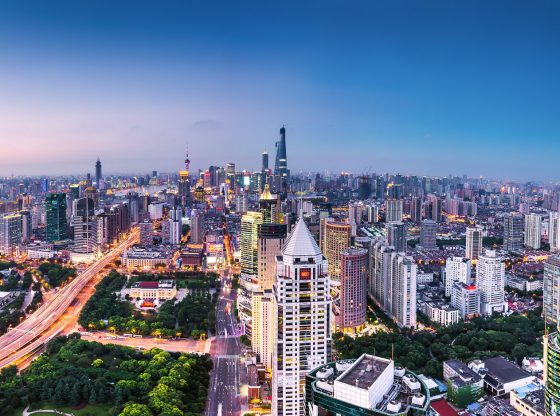 China, having once been in the position of the world’s first modern society by inventing a professional bureaucracy, is now learning that what gave it supremacy a thousand years ago may not apply in a very different world without undergoing a major re-interpretation.

Over the course of the last two centuries, a great deal of global experimentation has seen the emergence of seven different attempts to create a modern socio-economy, three of which are still works in progress. As well as being bound by economic logic, each model is the product of a set of socially shared understandings about authority, trust, knowledge, identity and morality.

This variety of models makes it risky to generalise across them except in abstract terms. One of the consequences of this for researchers has been greater collaboration across disciplines so as to fold in the considerations needed to comprehend and help deal with the global variety in practice. You cannot compare between a Japanese keiretsu, a US multinational and a Chinese state-owned enterprise except in very superficial terms.

The transition to modernity requires a society to master increasing complexity, the demands of which are proliferating ever faster

In addition to various approaches which consider ‘business systems’ and ‘varieties of capitalism’, there has been a series of major studies in political economic history. These have included work by Fukuyama and Acemoglu and Robinson as well as the ‘multiple modernities’ approach inspired by Eisenstadt. In the field of economic history, with a renewed respect for culture and a concern for including the role of morality, there have been long-term global studies by McCloskey, Mokyr and North. Works such as these, and their related large literature, are alive with respect for the fact that societies develop along their own paths.

Recent reviews such as those by Witt suggest that at least eight distinct societal business systems can be empirically identified. This fuller understanding has been achieved by including the influences of history and culture, social ideals and political systems. The integration of theories is set against complex adaptive systems where change itself becomes the focus of attention – as indeed it should in the age of globalisation and the information revolution.

Theories of modernisation are not simply about wealth acquisition; they are about how that wealth has been generated. The answer to this can be addressed in two ways: first, by examining the common features of those societies that have successfully modernised to date, and second, by identifying the deeper capabilities that serve to deliver such features of social modernity.

‘Modern’ is taken here to mean a condition achieved by a society – in whatever way it chooses – such that the creativity and energy of its people are released spontaneously and then channelled into forming a society which is both stable and capable of high levels of innovation and cooperation. This process inevitably requires the political balancing of two key forces: responding to change and remaining cohesive.

So far in recent history, the most effective answer to this challenge has been that of democratic free-market capitalist efficiency; which McCloskey describes as bringing the ‘great enrichment’ of the last two centuries. But as Fukuyama implied when adding a question mark to his ‘end of history’ argument, the world changes, and so too do the conditions that decide progress.

The current lesson is that the transition to modernity requires a society to master increasing complexity, the demands of which are proliferating ever faster. A related lesson is that until now, complexity has only been handled effectively when (a) power is devolved and (b) people work for the public good. A society can function without either empowerment or an ideal of the public good, but without borrowing it cannot handle modern levels of complexity. All ‘modern’ societies empower people and have high levels of civic virtue and identity, including the Four Asian Tigers: Hong Kong, Taiwan, South Korea and Singapore.

A key insight into handling complexity was provided by Hayek, who pointed out that free-market price is the code that represents to people all the complexity that lies behind a product at the point of sale. An extension of the same logic is the high utility – because of its measurability – of the joint stock company formula as an instrument of coordination.

If market price and company valuation are accurate representations of the inherent complexity then the market can work efficiently without everyone having to know all the background information. So complexity increases, but it remains manageable. On the other hand, if the market logic is skewed by disturbances such as monopoly power, government control, favouring by interest groups or corruption, then market efficiency is weakened.

What, then, are the routes to modern success so far? Seven such can be identified. Leaving aside a set of emerging and socialist economies that have not yet seriously started on their journey to modernisation, the current travellers are as follows, roughly in order of their proximity to the modern condition:

In regard to China’s route to handling modern levels of complexity, two features seem firmly established: (a) a clearly dominant Party with a strong grip on the economy (power is not devolved); and (b) a growth in civic consciousness, which is currently very low. This latter will be encouraged by the Social Credit Index based on monitoring individual behaviour.

It is possible that the Chinese people will accept both the party dominance and the monitoring since these reflect ancient ideals of paternalism and Confucian rectitude. It is also possible that the relations-based traditions of the past will give way to a new world of formally measured trustworthiness. It is equally possible that the effect of both these forces will be so encouraging of conformity that it stifles initiative and creativity. And it is also likely that efficiency will be negatively affected by the market imperfections brought about by state control. Therefore, the stakes are high not just for China but for the rest of the world as well.

The future outcome will be settled through the economy, where entrepreneurship has always been instinctive for the Chinese. The necessary balancing act and progression along the road will then become very demanding. China’s highly sophisticated system of administration may have to dig very deep to find a way through Eichengreen’s middle-income trap that the State Council gave priority attention to in 2013.

If this eighth path to modernisation is successful, it will not only lead to the re-design of the logic of the preceding seven, but it will also provide a new interpretation of China’s own history.

Professor Gordon Redding is a senior advisor to the HEAD Foundation (Human Capital and Education for Asian Development), based in Singapore. He was founding Director of the HKU Business School, and was also formerly Director of the Euro-Asia Centre at INSEAD.

Hinduism and political behaviour in the 2019 General Election
The true rationale of warfare: India and Pakistan post-Pulwama