China’s relationship with the UK and the EU: From Golden Era to Global Britain and Brexit

Home /China, Economy/China’s relationship with the UK and the EU: From Golden Era to Global Britain and Brexit 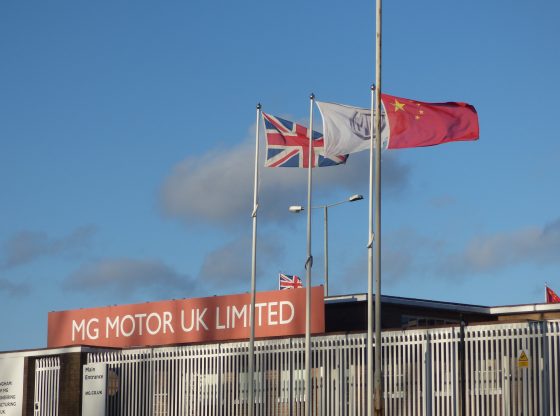 China’s relationship with the UK and the EU is vitally important for all sides. This is especially so in the context of several recent events, developments and trends. These include China’s flexing of its military muscle and South Seas tensions which challenge the Pax Americana, Trump’s tariffs, and a trade war which threatens globalisation and the open international economy. At the same time, China’s problems include slowing economic growth, a maturing manufacturing sector, and the need for skills upgrading along with the drying-up of sources of cheap rural labour mixed with its demographic ‘time bomb’ – creating a society that may ‘get old before it gets rich’.

For the EU, and especially the UK, China provides a vast trading partner and growing market for consumer and value-added goods and services

Of course, this is also dependent on the relationship between the UK and the EU post-Brexit. Nevertheless, because of the UK’s important roles, experience and contribution for institutions such as the UN and NATO as well as in defence, security and anti-terrorism, the UK will remain an important player and international pivot.

The UK’s economy is also globally important, being the fifth or sixth largest in the world. The City of London is one of the world’s leading international financial centres. Nevertheless, there is a need for the UK to develop a more global outlook and revitalise its relationships – especially with dynamic and faster growing parts of the world such as Asia and particularly China.

This is especially the case as the EU is becoming economically less important for the UK, which already exports more to non-EU countries than into the EU. The EU’s share of UK exports generally declined from 55 per cent in 2006 to 44 per cent in 2017, while exports to other countries increased at a faster rate. Added to this, the EU’s overall share of the world economy is also in decline. The economic slowdown in the Euro-powerhouse of Germany, problems in Italy, and fears of the return of a Eurozone crisis only add to this need for the UK to have a more global outlook.

The UK-China relationship is therefore crucial. Previous initiatives, such as the UK-China Economic and Financial Dialogue (EFD), annual meetings designed to facilitate bilateral trade and investment ties and to intensify diplomatic relations, and the ‘Golden Era’ launched by the government of David Cameron can be reinvigorated and built on.

The Golden Era saw several high-profile trips to China by British delegations and in 2015 up to GBP 40 billion of deals were announced with grand ambitions to form a ‘global comprehensive strategic partnership’, with the UK representing China’s ‘best partner in the West’. Of course, others vie for this mantle too, including France, while Germany is the most important partner economically for China. However, the EU is increasingly wary of Chinese influence and investment. At the same time, the UK actually has a competitive advantage in certain key areas and offers a number of important specialisms to China such as in financial services, security and education, along with cooperation in those areas.

The area of education is indicative. Academic cooperation requires intellectual property rights and ownership concerns to be respected. In the sciences, cooperation may be easier and less problematic. This contrasts with the social sciences, where cooperation will be difficult, given its requisite primus inter pares need for freedom of thought and freedom of speech in order to make any worthwhile theoretical or empirical contribution.

There is also a point concerning China’s academic cooperation. The Times Higher Education World University Rankings 2019 includes more than 1,250 universities and is the only global university performance table to judge research-intensive universities across all of their core missions – teaching, research, knowledge transfer and international outlook – using 13 performance indicators to provide comprehensive and balanced comparisons. This continues to rank Oxford University as number one overall, while in the top 40 there are seven universities from the UK compared to just two from the EU – Ludwig Maximilian University in Munich at number 32 and Sweden’s Karolinska Institute at number 40. The highest ranked Chinese universities are Tsinghua at 22 and Peking at 31.

China’s relationship with Europe was also on display with recent visits by President Xi Jinping and Premier Li Keqiang. This can be understood as part of a wider picture and strategy for both sides. On the one side, the EU has ended what President Macron of France described as its ‘naivety’. The EU increasingly regards China as a growing concern, identifying it as a ‘systemic rival promoting alternative models of governance’ and urging it to open up its protected home market and enable reciprocity in allowing investments in Chinese  businesses.

Other issues include the unfair and aggressive practices of China’s state-owned enterprises and investments which have possible implications and impacts for energy, technology and security. In addition, there are concerns about the rule of law and the rules-based international order and its relationship to China’s repressive and aggressive stance – both domestically (for example, as regards political pluralism, freedom of speech, the Uighurs and Marxist students) and internationally (such as its maritime policies in the South Seas).

On the other side, China is testing how to fracture and weaken the EU’s growing opposition to its activities through ‘divide and rule’. A vehicle for this is China’s new ‘Silk Road’ or ‘Belt and Road Initiative’ (BRI) for economic cooperation. This sprawling programme of investment and infrastructure development has raised concerns about China’s influence and control over crucial infrastructure such as ports and telecoms.

As well as this, lending programmes to developing countries mean that China can exert political influence through becoming a large creditor. Hence, President Xi’s recent EU trip included a visit to Italy, where his 500-strong entourage was received like royalty. In light of the above, this can be seen as an attempt to ‘peel off’ a country, since Italy became the first G7 nation to break ranks and endorse the BRI.

The timing was prescient, for two reasons. First, because Italy’s populist government had an ambiguous and antagonistic attitude towards the EU including disputes over spending. And second, because new funding sources are very appealing for a stagnant and floundering economy where infrastructure investment is still way below its pre-2008 crisis peak.

Some wonder whether the UK might be the next G7 country to join the BRI, especially in the post-Brexit era when it needs to develop strategic partnerships and the ‘Global Britain’ brand. Indeed, under the earlier ‘Golden Era’ the UK was the first major Western country to apply to join the Asian Infrastructure Investment Bank (AIIB) (an important source of BRI funds), to sign the Guiding Principles on Financing the Development of the BRI, and to provide funding for the AIIB Project Preparation Special Fund.

However, the BRI is not limited just to establishing routes for the trading of goods and services, but also to strengthening cooperation in policy coordination, infrastructure construction, trade facilitation and financial integration. Also, the UK may not give its official backing to the BRI or need to join it formally, especially given the opposition of other countries. However, it can still support it behind the scenes. Among the more visible areas of cooperation one can look to the financial services sector, with the City connecting to China’s capital markets and UK banks interested in financing deals.

In conclusion, the relationship between China and the EU, and especially the UK, is increasingly important. It not only helps to provide China with export markets and investment opportunities, but it is also a source of skills, innovation and knowledge and provides a ‘window on the West’. For the EU, and especially the UK, China provides a vast trading partner and growing market for consumer and value-added goods and services and a further bridgehead into Asia.

Chris Rowley is a Professor at Kellogg College, University of Oxford and Cass Business School, City, University of London. He is also Editor of the Asia Pacific Business Review and the Journal of Chinese Human Resource Management.