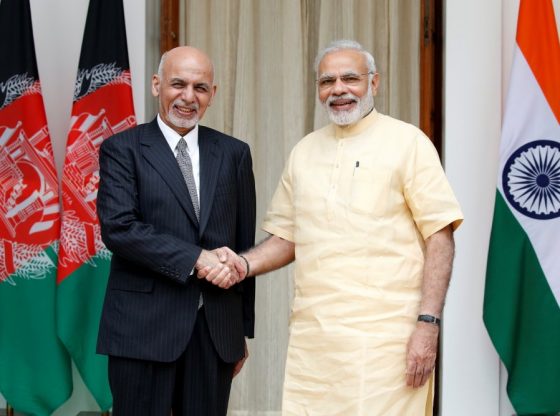 India’s role in the future of Afghanistan – in the aftermath of a US withdrawal, which looks quite certain following President Trump’s announcement – is being seen by many experts as an opportunity for India to further cement its standing in that war-torn country. Even when Donald Trump mocked India’s contribution in Afghanistan of nearly US$3 billion for rebuilding the country’s infrastructure (with some 116 projects) as ‘five hours of what we spend’, Narendra Modi duly countered that the US has nothing to show for its 17-year campaign in Afghanistan and yet another un-won war!

That land is the graveyard of empires, and thus New Delhi would do well not to get more deeply involved in Afghanistan, despite the assertions of many Indian pundits. The Taliban, which is now being engaged in talks by the US, had known all along that eventually the US would withdraw, and so did their minders in Pakistan. They are thus already on a high. The question now for people in India is: ‘How can India skilfully navigate through the mess in this war-torn land?’ The first logical step would be to at least determine where India’s interests might lie, and then how they could be achieved.

Ideally, India would like the Afghans to be left on their own, with a peaceful settlement that is ‘Afghan-led and Afghan-owned’. But this idea is best left to the seminar circuit and to romantics who believe that everyone – especially the Pakistanis – will play by the rules. Pakistan’s obsession with controlling most if not all of Afghanistan comes from its long stated desire to make Afghanistan its strategic backyard as a fall-back position in the event of Indian aggression. This stance comes from its thinking in the 1980s, and even though much has changed in military doctrine since then, Pakistan refuses to let go of this line of thought. On the other hand, India’s planners are obsessed with an altruistic view to continue to do selfless good for the people of Afghanistan, who no doubt hold India in high regard.

To that end, India has made some US$3 billion worth of investments in Afghanistan in the form of a new Parliament building, hospitals, schools, roads, dams and much more. But what was or is the strategic purpose of this? Was it just to unsettle Pakistan? Or is it now, as some have robustly argued, to stop Afghanistan from becoming the new home of Islamic State (IS) fighters on the run from Syria? Even if the latter were true, once IS finds its feet in Afghanistan it still has to try to reach India via the land mass of Pakistan, where the local jihadi groups (supported by the Pakistani army) are not going to give in easily.

Perhaps India’s desire to relieve the Americans in Afghanistan comes from Washington’s desire to rope in India as a partner in South Asia – although at what cost, only time will tell. Or maybe India hopes eventually to get a shot at Afghanistan’s natural wealth? It is said that Afghanistan is endowed with trillions of dollars’ worth of natural and mineral wealth, but it is unlikely that India would get its hands on anything substantial from that lot, since the US, China and now even Russia have their eyes on it.

On the other hand, if the intention is to use western Afghanistan to push ahead with the north-south rail corridor from the port of Chabahar in Iran (which India will now manage) via Afghanistan into Central Asia – which would also benefit the Afghans – then New Delhi must let it be known that its intentions are just that.

The impression that India’s actions have given so far is that New Delhi wishes to box Pakistan in on two fronts so as to dilute the efficacy of Pakistan’s military forces. Hence Pakistan’s reluctance even to allow India high-table rights on any discussion over the future of Afghanistan. Pakistan has been able to get its way with the US and other Western powers because it still controls the major land routes into Afghanistan.

There are those in India who ask why India should now abandon Afghanistan having invested so much there in terms of money, time and effort. The wiser strategic approach would be to remain engaged with the Afghans – minus the Taliban, whom India abhors – without putting Indian military boots on the ground to replace the outgoing Americans, even though the US would like that to happen.

An oft-repeated dictum in all military institutions is to ‘never reinforce a failure’, and India should not be sucked into reinforcing the failures of the US and its NATO allies. The US went into Afghanistan as a knee-jerk reaction after the 9/11 attacks to get even with the al-Qa’eda that they had strengthened along with the Taliban to push the Russians out of that country in the 1970s.

India’s reasons for being in Afghanistan both then and now are based on its long-standing ties with the Afghan people. However, if there is still another US$2 billion or more to spare, then New Delhi would be wiser to put this money into projects with no strings attached in Bangladesh, Nepal and Sri Lanka. That will help India counter the hard-nosed Chinese investments there by strengthening Delhi’s ties with these neighbours now.

Maroof Raza is a consulting editor (strategic affairs) for TIMES NOW and an author.

This article was originally published on timesnownews.com (India) and is republished with the permission of the author.