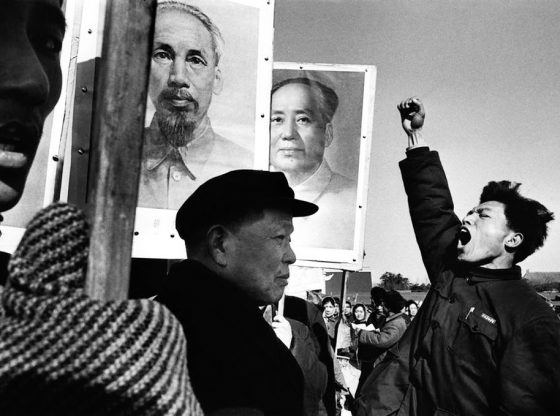 Vietnam’s Prime Minister Ngyuen Xuan Phuc’s visit to Beijing at the end of April is seen as vital for Vietnamese involvement in the Belt and Road Initiative (BRI). The trip was previously expected to be made by the State President and the Vietnamese Communist Party General Secretary Nguyen Phu Trong, but deteriorating health has rendered him unfit for the tightly-packed visit. The Prime Minister’s remit is to attend the second Belt and Road Forum and re-affirming Vietnam’s endorsement of the project, for which his country is of significant strategic importance.

Vietnam’s fast-paced economic growth now requires more investment in transport and energy infrastructure. According to the World Bank, Vietnam is expected to need approximately US$25 billion of infrastructure investment per year to maintain economic growth at the current rate. However, at present it is hamstrung by poor transport infrastructure, with the country being placed 73rd out of 140 countries in terms of transport infrastructure quality in the 2018 World Economic Global Competitiveness Report. With the railroad and air travel metrics particularly underwhelming, it is clear that Vietnam needs to improve in this sector to continue its growth and development.

Even though these inflows may help speed up Vietnam’s economic growth by creating jobs and raising salaries, the trend has been met with suspicion

The problem for Vietnam is that the public sector is currently bearing the brunt of financing responsibilities, accounting for around two-thirds of infrastructure spending. This model puts pressure on public expenditure and debt, especially at a time when Vietnam’s public debt hovers just a few percentage points below its cap of 65 per cent, as set by the legislative body.

In addition, Vietnam’s foreign debt in 2018, measured at 49.7 per cent of GDP, is perilously close to the 50 per cent cap. Thus, Vietnam will struggle to ease its infrastructure crisis through foreign investment.  This is despite the assertions of Chinese Foreign Minister Wang Yi that ‘the Belt and Road Initiative is not a debt trap that some countries may fall into, but an economic pie that benefits the local population’. Whether Vietnamese leaders believe the statement or not, factors beyond their control may put a limit on the inflow of Chinese money that the country is currently experiencing.

Putting aside the tensions arising from the South China Sea issue, Vietnam’s relationship with China has improved in recent years amid rising bilateral trade. Compared to the previous decade, Vietnamese imports from China rose at a slower pace compared to its exports. According to Chinese statistics, average yearly Vietnamese imports increased by 18 per cent over the six-year period from 2010 to 2016. The figure for Vietnamese exports was 26 per cent over the same period.

The deepening ties between China and Vietnam also come in absolute values. According to the World Bank, Vietnam was the fifth largest importer of Chinese goods in 2017, only behind the US, Hong Kong, Japan and South Korea, reaching more than US$71.6 billion and eclipsing other large economies such as the UK at US$56.7 billion or Canada at US$31.3 billion. The figure for Vietnamese exports to China reached US$50.3 billion in 2017, significantly higher than the exports to China from the UK and Italy combined. If such a trade pattern continues, Vietnam’s structural trade deficit with China will be reduced. However, it is worth noting that such a trend exists in part thanks to significant Chinese investments in Vietnam.

Vietnam’s close proximity to China, lower labour costs and multiple free trade agreements are important for Chinese firms to formulate strategies so that they can hedge against US tariffs on exports. Vietnamese manufacturing workers are paid around 30 per cent of what their Chinese counterparts get. On top of that, Vietnam is flush with bilateral and multilateral free trade agreements: 16 at the present count, with an agreement with the European Union also in the works. Chinese investment is welcomed as it offers new momentum for the Vietnamese authorities to meet their 7.0 per cent growth target for 2019.

Nonetheless, too much money from China may cause setbacks. The recent surge of Chinese investment in Vietnam has generated ambivalent feelings in Vietnam. Even though these inflows may help speed up Vietnam’s economic growth by creating jobs and raising salaries, the trend has been met with suspicion. Many are fearful that Chinese firms are using Vietnam as an intermediary to avoid high US tariffs by shipping their US-bound products through Vietnam and leaving the country at the mercy of the US-China trade war. More nationalistic politicians are also increasingly vocal about concerns of over-reliance and dependency on Chinese influence.

This influence is reflected in the tourism sector, where exponential growth in the number of Chinese visitors has been a significant factor in boosting the economy. Over four million Chinese visitors travelled to Vietnam in 2018, representing a 48.6 per cent increase on the previous year. Chinese tourists now account for more than 30 per cent of all foreign tourists to Vietnam, the largest proportion of any nationality. The international investment bank Credit Suisse estimates that for every 30 per cent increase in spending by Chinese tourists, Vietnam’s economy will expand by 1 per cent, underlining China’s influence in this sector and in the economy at large.

However, Chinese tourism is intrinsically linked to geopolitics, and such heavy influence may come at a cost. The Vietnamese tourist sector will do well to be mindful of the lesson learnt by South Korean companies in 2017, when a Chinese boycott of the country over the installation of the THAAD missile defence system led to a slump in tourist numbers that hit South Korean businesses badly. According to the Bank of Korea, the boycott was estimated to cost Korea a 0.4 percentage drop in GDP in 2017.

These same themes can be seen in the infrastructure sector, and further exemplify the delicate balance Vietnam must strike when it comes to Chinese investments. In early 2019 Vietnamese newspapers ran headlines about Chinese firms expressing an interest in a public-private investment partnership to build Vietnam’s high-speed national highway, railway and power plants, which would go a long way to resolving the transport crisis in the country. However, the proposals were immediately met with scepticism from industry, politics, the general public and economists over construction quality, technology and Chinese labour, as well as familiar concerns surrounding the over-reliance on Chinese finance. Consequently, Vietnam now finds itself in the awkward limbo of requiring China as a prop for its growing economy while not wishing fully to embrace its comrade’s money or influence.

Dr Nguyen Thanh Trung is Director of the Centre for International Studies (SCIS) in the University of Social Sciences and Humanities at Vietnam National University, Ho Chi Minh City.