The FBR and the China-Pakistan Free Trade Agreement Phase-II 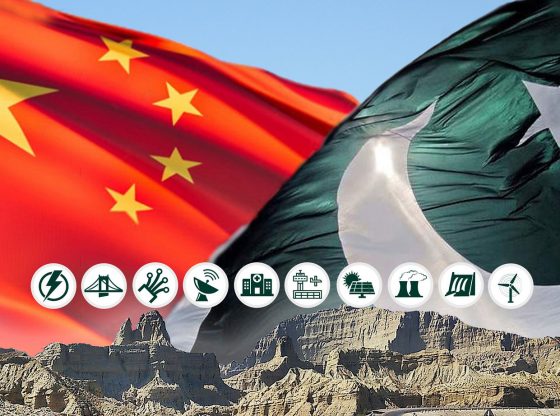 It is no wonder that in today’s globalised world domestic issues have repercussions at the international level. The competence of the government in Pakistan lies in its ability to reconcile domestic tensions in order to prevent their having international repercussions while at the same time safeguarding the national interest.

Successive mishaps inside the current government – led by Imran Khan’s party, Pakistan Tehreek-e-Insaf (PTI) – indicate that Pakistan’s domestic issues could have consequences for the country’s economic relations with China. Within weeks of the PTI cabinet being sworn in, advisors and ministers made headlines with statements about renegotiating or reviewing the China-Pakistan Economic Corridor (CPEC) agreements and talk of Saudi Arabia joining the initiative.

In the latest instance of this deleterious trend, just days before the signing of the China-Pakistan Free Trade Agreement Phase-II (CP-FTA-II) the Federal Board of Revenue (FBR) has reportedly triggered controversy by opposing the agreement on grounds of unsustainability.

On 26 April 2019, a national Urdu newspaper reported in its Islamabad edition that the FBR opposed the trade agreement with China, calling for a third-party cost-benefit analysis and input from all stakeholders before signing it. Responding to the report, the Ministry of Commerce has refuted the assertions made in the news story as untenable and contrary to the facts. The newspaper nonetheless maintains the veracity of the claims it has made, relying on the FBR documentation it has accessed.

The China-Pakistan Free Trade Agreement Phase-II is a highly sensitive matter requiring careful collective circumspection, which the revenue collection authority would be expected to observe and only raise the matter if the time and platform were appropriate

The FBR’s reservations, which were purportedly communicated to the Ministry of Commerce, are based on an assessment by the FBR that Pakistan would incur a loss of revenue of 60 billion rupees on account of the concessions it has given to China on 45 per cent tariff lines. The FBR’s concern is that this would increase Pakistan’s trade deficit with China and hurt local industry and agriculture. Accordingly, it has concluded that the FTA-II in its present shape is detrimental to Pakistan’s economy and should be put on hold until a third-party cost-benefit analysis and consultations with all stakeholders have been conducted.

Achieving a commonly agreed view within the government was a pre-requisite for initiating FTA-II negotiations with China. These negotiations commenced in 2013 and by 2018 there had been 10 rounds of talks. The final round of negotiations was conducted under the PTI government, wherein the agreement was finalised for the signing scheduled to be held on 28 April 2019 at the Belt and Road Forum.

In a cogent rebuttal, the Ministry of Commerce has refuted the claims made in the news story. According to the Ministry, it held comprehensive consultations with public and private sector stakeholders in a series of meetings and seminars between 2017 and 2019. Senior representatives from the FBR, the Engineering Development Board (EDB), the Ministry of Textile Industry, the National Technology Council (NTC) and the Ministry of National Food Security and Research were brought on board during each round of negotiations. As regards the immediate loss of revenue, the Ministry of Commerce rejects the FBR estimates on the grounds that these are not based on statistical or scientific calculations. The MoC calculations based on a Partial Equilibrium Model indicate that these losses would be 6–7 billion rupees, the Ministry has clarified.

The CP-FTA Phase-I was negotiated in 2006 without the input of business stakeholders. The tariffs that Pakistan agreed with China in Phase-I were higher than those China offered the ASEAN countries which signed Free Trade Agreements in the following years. As a consequence, Pakistani businesses are not competitive in the Chinese market where the ASEAN countries operate, and Pakistan’s local industry has had serious concerns.

In Phase-II of the FTA, negotiated between 2013 and 2019, the Ministry has consulted all the stakeholders and addressed the concerns of industry. Some of the favourable terms successfully negotiated for Pakistan include:

Apart from anything else, the FBR has once again failed the PTI government on the international front. The CP-FTA-II is a highly sensitive matter of national interest requiring careful collective circumspection, which the revenue collection authority would be expected to observe and only raise the matter if the time and platform were appropriate. China is already cautious due to the PTI’s rhetoric on the CPEC therefore cannot be expected to receive well the message that this domestic issue carries.

The FBR is a government institution which operates at the heart of the government’s agenda: combating corruption, reforming governance systems and reviving the national economy. Prime Minister Imran Khan has previously called the tax collection authority ‘totally corrupt’ and vowed to reform it as a high priority. He has even cautioned that he would constitute a new tax collection body if the FBR failed to meet its revenue targets – unlikely so far. Under these circumstances, the FBR would be expected to be very circumspect and performance-focused.

Government officials privy to the matter have revealed that certain elements within the FBR oppose the FTA-II because they have vested interests in the current system. The Electronic Data Exchange to be implemented under the FTA-II would plug loopholes which are currently frequently exploited by customs functionaries, thus bringing to an end the practices of corruption in the department. It seems hard to credit that a revenue authority which banks on hi-tech artificial intelligence and is engaged in combating money laundering would resist the implementation of a customs Electronic Data Interchange featured in the Trade Facilitation Agreement (TFA) of the WTO.

Be it a case of genuine concerns, misreported misunderstandings or attempted sabotage, the FBR’s intervention has hit Pakistan’s national interest. The timing indicates that it was premeditated and sought to obstruct the signing of the FTA-II or create discord at the domestic and/or bilateral level. The issue may become a serious consideration at the ratification stage of the CP-FTA-II.

This episode has served to expose the fault lines of Pakistan’s inter-ministerial liaison processes. It makes it clear that there is a need for structural reform and a broad-spectrum strategy of economic diplomacy.

Khalid Jarral is a Doctoral Researcher at the School of Politics and International Relations at the University of Nottingham where he is a member of the Asia Research Institute.

Sri Lanka’s Leviathan
A shifting paradigm? Politics in India against the backdrop of the parliamentary election