A tale of two Huangs 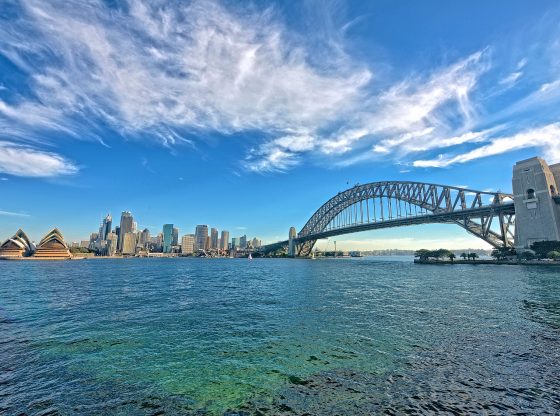 Political interference, conducted overseas at the behest of the Chinese Communist Party (CCP), remains a shadowy and contentious subject. While international comparisons have their limits between nations as dissimilar as Australia and Singapore, on a topic as esoteric as this, they also have their uses.

Probably the two best-known individuals to have been punished by their adopted countries for their alleged involvement in CCP-inspired interference and influence activities are Huang Jing, an academic based in Singapore until August 2017, and Huang Xiangmo, the Sydney-based property magnate and political donor, who recently lost his right of abode in Australia.

Apart from their shared surname and superficially intertwined fate as rejected permanent residents, what else can a comparison between the two Huangs tell us about how countries as different as Singapore and Australia are dealing with the challenge of foreign influence and interference? Despite the two countries’ obvious asymmetry – politically and ethnically – these two cases have more in common than appears at first blush.

Both Huangs hail originally from China, but they acquired different identities as ‘agents of influence’ overseas. Huang Xiangmo arrived in Australia in 2010. Prospering on the back of Sydney’s property boom, he saw himself as a community leader within Australia’s substantial Chinese diaspora.

Although he applied for Australian citizenship, Huang still carried a passport of the People’s Republic of China (PRC). He also became President of the Australian Council for the Promotion of the Peaceful Reunification of China, an organisation closely associated with the United Front Work Department, which is a wing of the CCP that serves to project influence and promote positive relations among key individuals and organisations in China and abroad, including the diaspora.

Huang Jing left China much earlier to pursue an academic career in the US, where he gained citizenship, before moving to Singapore in 2008. There he successfully established a profile as a China scholar at the Lee Kuan Yew School of Public Policy at Singapore National University, one of the city state’s most prestigious academic institutions. Although he wrote for China’s Xinhua news agency, Huang Jing made a point of stressing his American citizenship at public and private appearances.

Despite these differences, the stories of the two Huangs converge in other respects.

Both men sought, in different ways, to shape elite and public opinion on China. Huang Jing did this from his high-profile academic platform in Singapore. Huang Xiangmo’s influence was more indirect, helping to set up the Australia-China Research Institute (ACRI) in 2014 – a university-based think tank expressly committed to promoting a positive image of China in Australia. He later admitted to handpicking former Foreign Minister Bob Carr as ACRI’s founding director.

Huang Xiangmo also donated handsomely to Australia’s two biggest political parties, drawing particular attention for his dealings with disgraced Senator Sam Dastyari. Dastyari’s political career began to unravel when it was revealed he had publicly strayed from the Labor Party line regarding the South China Sea after accepting money from Huang Xiangmo.

Although Huang Jing did not court political influence in such a flamboyant manner, there is nonetheless another point of narrative connection here, since Huang Jing was also allegedly engaged in efforts to sway Singaporean opinion and government policy on the South China Sea.

Significant in regard to their shared fate, the two Huangs were permanent residents of their adopted countries rather than citizens. In both cases, the Singaporean and Australian authorities were confident that they had ample grounds to act, but the Huangs’ status as non-citizens made it easier to punish both men administratively without resorting to the courts, by cancelling their permanent re-entry visas whilst they were overseas.

Recalling the Chinese proverb of ‘killing the chickens to scare the monkeys’, the two Huangs appear to have been singled out partly as a warning to prominent Australian and Singaporean citizens, within their respective networks, who enjoy stronger legal protections than permanent residents.

Both Singapore and Australia avoided officially pointing the finger at China. Still, the unceremonious treatment of the two Huangs indicates the same signal being directed ultimately at the CCP: that its sponsorship of foreign influence and political interference will no longer be tolerated.

According to the August 2017 Singaporean Home Affairs statement, which labelled Huang Jing as ‘an agent of influence of a foreign country’, he allegedly used his academic position to ‘covertly advance the agenda of a foreign country at Singapore’s expense’, interacting with foreign intelligence agents and recruiting others. It further claimed that Huang’s ‘operations’ amounted to ‘subversion and foreign interference in Singapore’s domestic politics’.

It is important to remember that foreign influence and interference constitute a spectrum of activities that straddle the divide between legal and illegal. This is distinct from espionage, which more narrowly concerns the covert acquisition of secret information and is covered by longstanding legislation in most jurisdictions. Countering political interference represents a trickier challenge, especially in liberal democracies like Australia.

Australia’s Department of Home Affairs has not officially explained its decision to revoke Huang Xiangmo’s permanent residency or the rejection of his citizenship bid. Nick McKenzie and Chris Uhlmann, who broke the story for The Age newspaper, cited anonymous official sources attributing the decision to a variety of reasons, including character grounds.

It is also possible to see the timing of Huang Xiangmo’s de facto expulsion as preparing the ground for the rollout of Australia’s new Foreign Interference Transparency Scheme, in force since December 2018.  The new legislation is country blind, but appears to have been crafted with a prominent purpose of exposing activity by China’s United Front within Australia.

Ironically, rather than shifting public opinion and foreign policy in Beijing’s favour, the shared legacy of the two Huangs has been to spotlight China’s foreign influence and interference activities, heightening the guard of countries as diverse as Australia and Singapore and spurring their governments into action – including new legislation, in Canberra’s case.

Singapore and Australia should actively learn from each other to improve their resilience against foreign interference. This should include more comparative and collaborative exchanges between the two countries’ home ministries and their internal security agencies. Such cooperation would be a natural extension of the 2016 bilateral Comprehensive Strategic Partnership.

The tale of the two Huangs is an early chapter in an unfolding saga. Foreign influence and interference has long been enshrined as a tenet of CCP policy through the United Front Work Department. It is likely to continue as a feature of China’s external relations, including in countries as different from each other as Australia and Singapore. The common lesson to be taken from the cases of Huang Jing and Huang Xiangmo points not simply to shared challenges, but also to the desirability of a closely coordinated response.

Is China’s cyber-espionage a military game-changer?
Media, money and majoritarianism: The Indian elections 2019