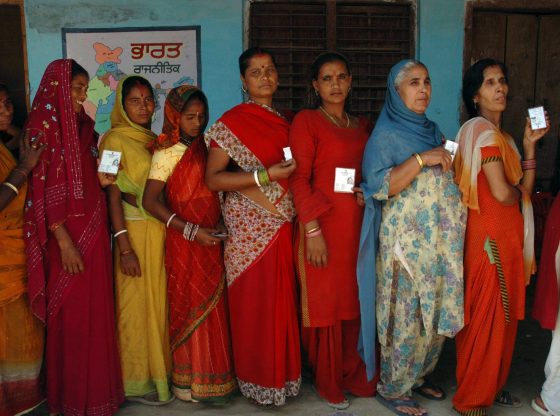 In the first week of April 2019, the Congress Party released a manifesto it had spent months preparing in consultation with experts. The Bharatiya Janata Party (BJP) released its manifesto less than a week before the first round of voting in the Indian general election. Other parties have done the same, although with less preparation or fanfare. The social media universe is discussing these manifestos intensely.

The first time anyone ever mentioned a manifesto seriously that I recall was in either 2009 or 2014 on Twitter, and it was someone who engages with political trivia. I remember many elections, both as a voter and as a political scientist. Most manifestos, however, have gone unnoticed.

Indeed, in 1990, when the Mandal Commission Report was implemented and protests broke out, I remember thinking: why the surprise? Both sides had promised to implement it in their manifestos – but nobody had taken the manifestos seriously.

If Indian politics is no longer about dashing personalities and impressive oration, it might finally be about the issues

In the last election in Punjab, the Aam Aadmi Party (AAP) put the same kind of effort into its manifesto that the Congress has done now. The process of consultation is invaluable in itself, if done sincerely. Parties need not just to be in touch with the ‘vox pop’ of the voting public, but also to develop the kind of long-term understanding that practitioners and scholars invest in.

Away from social media, however, are people even aware of manifestos, let alone discussing them? What are manifestos good for in the end? Their primary utility must solely be to orient candidates and campaigners and give them a common script. Stick to these ideas and don’t veer off the script… too much.

This year, candidates are active on social media, sharing images of their campaigns. They are telling us, this is where I have been today. This is a baby I held and that is a hand I shook. And look at these people who turned out to meet me! Here is a famous person or a party senior or a writer who has come to wish me luck for my campaign… To be quite honest, I enjoy looking at the photos and reading their posts. It is a form of travel blogging.

The party images of those massive rallies and the turnout to greet star candidates or campaigners are impressive too. But do people show up out of curiosity, or avarice (for expected goodies), or out of genuine interest? Does somebody’s presence at a rally constitute their intention to vote for that candidate?

Many years ago, working on a research project on political parties, I met a young man whose job it was to arrange the crowds for rallies. In return, the politician took care of him and his family. For old-timers, this is not a revelation, but even as our tools of spin improve considerably, so does our gullibility. These days, we are more easily taken in by what we are shown, and it does not occur to us that crowds can be arranged.

Outwardly, India has changed in the twenty-five years since I did those interviews. But has its core political culture really changed that much?

Two worlds and the sandwich generation

India’s voters are young. They belong to a here-and-now, live-broadcast and instant gratification universe, made possible – let me say it, please! – by the boring socialistic investments of the first few Five Year Plans and Indian Institutes of Technology (set up by the first Prime Minister of India, Jawaharlal Nehru), and by the subsequent liberalisation of the economy in the period after Narasimha Rao, another former Prime Minister of India.

These voters are also largely products of an education system that produces neither fish nor fowl – neither the critically thinking liberal humanist nor the thoroughly trained-in-basics STEM graduate.

India’s political leaders are geriatric and old enough to be the great-grandparents of the voters. They have seen many waves of technological revolution come and go – from a time when you needed operators to make trunk calls to the age of smartphones and the internet. They know how to make any system work for them. They are old, but they know how to work their audience.

And then there is the new generation of leaders, usually second- or third-generation politicians, but young, bringing fresh blood into India’s gerontocracy. Raised in one political world yet needing to reach another, maybe they hold it in their hands to change the way India votes.

People complain about the Congress President, Rahul Gandhi’s lack of charisma,  and raise that age-old lament about the new generation’s relative lack of greatness. It is possible that a move away from charismatic politics will be good for India. If Indian politics is no longer about dashing personalities and impressive oration, it might finally be about the issues. And the issues are not the same for the most senior echelon of party leaders as it is for first-time voters.

What are the issues?

Perhaps I am a pessimist, but I would venture to say that for most Indians, the most pressing issue remains survival. We still live in a world where getting up and getting through a day with enough to eat and drink, with dignity, and having decent work, is a pipedream for too many of us. This is exacerbated by development decisions that displace people, and by climate change.

Choices that we have made in the past – how to grow our cities, what we want our schools to teach, the development paths undertaken – now mean that even for the upwardly mobile, life is precarious. For women and sexual minorities, exclusion and violence are everywhere, but the stranglehold of patriarchy is so strong that for most, this is simply how life is. For cultural and religious minorities in an age of tagline essentialism, there is no room. It says something about our democracy that the Congress manifesto includes civil society under its national security and foreign policy section.

There is some speculation that the Pulwama attack and subsequent exchange of fire with Pakistan will have an impact on the election. This seems unlikely. Foreign policy is too distant for most Indians. Since the age of Nehru, the foreign policy establishment has been lucky that Indians rarely ask substantive foreign policy questions. We respond to that which cuts to the quick, usually something in a neighbouring kin-state.

What about other matters? There is now an orthodoxy, subtly enforced, about how India should present itself to the world: not as an idealistic upholder of what is right, but as a strong, don’t-mess-with-me, I-know-people tough guy stance. Those who speak about peace and human rights have learnt to self-censor and choose their battles. On foreign policy and security, we are content to submit to a state that knows best.

In the last decade, almost all parties have learnt that there are two issues to which they must speak. The first is women’s safety. Women have progressed from being mothers, wives and widows to possessors of bodies that can be ‘violated’. All manifestos speak in some measure to their safety and measures to protect them.

There is usually some mention of speedy justice and support services for survivors of violence. But nothing fundamental has shifted. The accent is still on ‘protection’ of women’s bodies, and the idea of violation is closer to the idea of patriarchal honour than crude violence. Parties will write this in their manifesto, but they refuse fully to disown those who are charged with acts of violence against women. We must be reasonable in our expectations…

The second issue is the question of women’s inclusion in representative politics. Every party agrees in principle that women should be better represented. But there are so many challenges! Finding suitable women (who, unlike men, need to be qualified); taking care not to abandon other imperatives of inclusion; and of course, the matter of seat-sharing in coalitions. In other words, we would love to do this, but not if it means giving up any of the seats or access we currently have.

In this general election in 2019, all the parties save the Trinamool Congress and the Biju Janata Dal have shown that their purported commitment to women’s representation is nothing more than lies. If you have only ten seats, there is no reason you cannot allocate four to women, four to men and two to sexual minorities. But again, we must be reasonable.

Women must always be reasonable and adjust to their circumstances.

Who will win the election?

For longer even than we have discussed the political issues, India’s identity and future directions, our experts have discussed the election arithmetic. It does not matter who gets it right though; we will have to live with the reality of the next government in any case.

What matters most, I submit, are voter awareness and voter turnout.

(a)      Voter awareness:  In the last few months, civil society organisations have organised public events around awareness of the Constitution and its values. For the first time perhaps since the Emergency, there is a sense of urgency about process and outcomes. Debates take place as a form of entertainment but in a vacuum where people are less conscious than they should be of the core commitments this Constitution makes, or even of their rights. If many voters finish the election season better informed and more sensitive to the violations of their rights, then this is a win for Indian democracy.

(b)       Voter turnout: Elections are scheduled for the hottest time of year. Moreover, in at least two states, voting day is sandwiched between other holidays, so many will choose to escape the heat of the city rather than vote. On the other hand, this could also make it easier for more people to travel to their native place and vote where they are registered. What the turnout will be like and how it affects the election outcome remains to be seen.

The outcome of the election has consequences for those who have spoken truth to power over the years; for those labeled anti-national and slapped with sedition charges; and for those who have embraced this as the political moment it is – when everything we do in the social sector (working on rights, development or the environment) is no longer just a technical or cultural issue, but deeply political in the true sense of being a moment of reckoning for our core collective values.

Whatever the outcome, though, we will all still win if people care enough to learn about the issues and stay engaged, and are prepared to show it: first, by using their vote, and then, by demanding political accountability, every day. Democracy and human rights will then have found another line of defence, namely: citizenship.

Swarna Rajagopalan is the Founder and Managing Trustee of The Prajnya Trust, a Chennai-based centre for policy research, advocacy and networking on peace, justice and security. She has published several single-authored and edited books on security and the state in South Asia and regularly writes for print and electronic media. She Tweets at @swarraj.

Indonesian society and Islam: Identity politics and the making of a majority
Is China’s cyber-espionage a military game-changer?