Is China’s cyber-espionage a military game-changer? 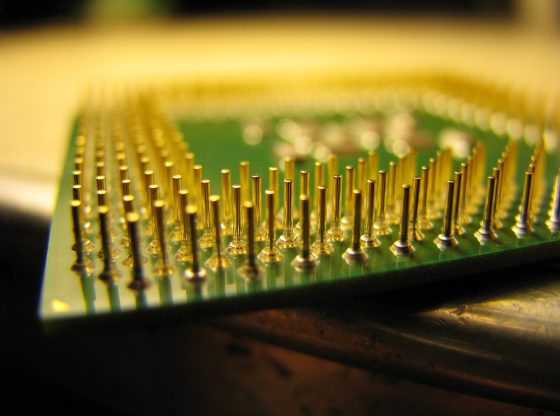 According to an internal Navy review, China has the U.S. Navy “under cyber siege,” and Navy suppliers and contractors struggle to stem the supply-chain security breaches. Other experts claim that China has reportedly stolen over 50 terabytes of data related to U.S. stealth fighters, radars, missiles and engines over the past 15 years.

The evidence that China may have appropriated sensitive technology echoes warnings from defence analysts such as Richard Clarke, who argues that the United States could see all of its R&D “stolen by the Chinese.” Along the same lines, former National Security Agency director Keith Alexander worries that cyber-espionage could lead to “the greatest transfer of wealth in history” by depriving the United States of its industrial, scientific and technological advantage.

They needn’t be quite so worried. Our new article in International Security, “Why China Has Not Caught Up Yet,” provides evidence that stealing foreign information isn’t nearly as valuable as it’s made out to be.

Military technologies are not plug-and-play. Countries can’t simply exploit stolen secrets about the design, development and production of advanced weapon systems for free. To understand and apply this type of information, they first need to build an advanced industrial, scientific and technological base, including product-specific laboratories, testing facilities and specialised personnel.

The Soviet Union ran into this problem in the 1960s and 1970s while trying to copy the Concorde, the Anglo-French supersonic airliner. Moscow obtained designs and blueprints through industrial espionage but couldn’t get far. According to one intelligence analyst, “Soviet technology or metallurgy was not up to the job of interpreting or reconstructing Western technology.”

Know-how does not spread easily

Hacking foreign servers is unlikely to provide all the information necessary to reproduce a given technology. Crucial details may be missing from blueprints and designs because engineers don’t always write down everything that is important.

In fact, at times, the U.S. military has difficulty understanding its own technologies. When the U.S. Navy started to refurbish the nuclear warheads on Trident ballistic missiles in the 1990s, it found that it could not replicate an aerogel material created in the 1980s, code-named “Fogbank.” Personnel who had worked on “Fogbank” had retired or moved on, leaving no written records or details. The Navy then spent $69 million and needed more than a decade to reproduce this essential material.

Modern weapons systems have myriad components that can cause serious problems if not produced or integrated precisely to spec — and getting things right is hard without all the information. Our research findings suggest that access to foreign data is most helpful when the country stealing it is “almost there” — when it faces just one hurdle or a small number of problems in catching up with a particular technology.

The closer a project is to completion, the harder and more expensive it gets to iron out the final hurdles. Engineers building the F-117 Nighthawk estimated that the last 10 percent of the work cost 40 percent of the total project. So if a country is in those final stages, information on how exactly to produce a given material, for example, might be the turning point.

China has found it hard to catch up

In our article, we detail the range of difficulties China has experienced in imitating, copying and reverse-engineering Western weapon systems. For instance, China has so far failed to produce reliable and powerful turbofan engines, which are necessary for its fourth-generation aircraft to operate from aircraft carriers as well as for the fifth-generation aircraft.

These problems stem from the fact that China has not yet mastered the processes and materials required to produce highly machined aircraft engines, where extremely minor deviations from the optimal standards (a 1/10th of a millimetre imperfection) can be sufficient for the engine to stall. The engine China is developing for its most advanced fighter experienced an explosion during ground tests, and Chinese engineers appear not to have found a solution. As long as China cannot develop powerful and reliable engines, its air power will remain severely limited.

Sure, stealing other countries’ technologies can provide an advantage. But this approach isn’t a magical way to catch up on the latest tech. To become a first-tier weapons producer, a country first has to develop the necessary industrial, scientific and technological capabilities — and then go through an extensive and expensive process of trial and error before it can gain the capacity to produce state-of-the-art weapons systems. Shortcuts will go only so far.

This piece originally appeared in the Washington Post here.

Andrea Gilli is an affiliate at CISAC and a Researcher at the NATO Defense College in Rome where he works on defence innovation, military transformation and armed forces modernisation.

Excerpts from a voter’s notebook: Manifesto destiny
A tale of two Huangs