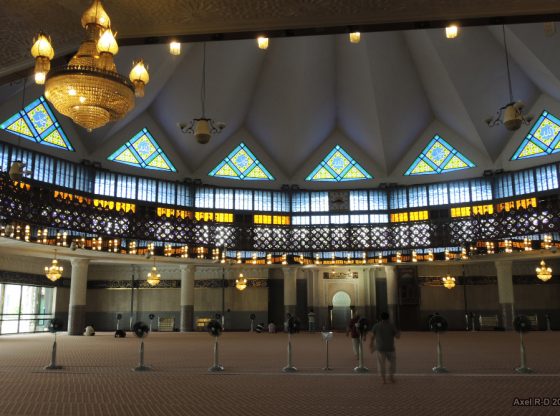 At times, labels can be annoying. Yet for political analysts they serve the useful purpose of typifying individuals and groups along ideological or discursive lines in accordance with the different shades of thought they embrace.

It is generally assumed that distinct strands of thinking causally contribute to certain patterns of action, such that the monitoring of particular groups and individuals should be done from the moment they are identified as conduits of extremist doctrines – such as Islamism in its many intolerant manifestations or white nationalism. Failure to keep close tabs on the aggressive display of such intolerant narratives, many of which nowadays flourish online, can arguably lead to carnage such as we witnessed on 15 March 2019 in Christchurch, New Zealand and in Sri Lanka during Easter Sunday on 21 April.

Even before these human disasters took place, there has been much debate on whether there should be a complete embargo of such menacing doctrines that flood the internet on a daily basis.

In Southeast Asia generally and Malaysia in particular, doctrinal labels are used to categorise specific ideological strands among its diverse groups of Islamists – understood here generically as Islamic political activists who aspire and act in whatever capacity to install what they understand to be an Islamic order that comprehensively covers all facets of life. Some of the labels bandied about by both academics and the mass media include ‘liberals’, ‘conservatives’, ‘traditionalists’, ‘modernists’, ‘reformists’, ‘progressives’ and, for those with a penchant for Islamic vocabulary, ‘Salafists’, ‘Wahhabis’ and ‘Sufis’. These terms have been freely employed by professional and amateur analysts alike.

The advent of social media has convoluted the world of Islamist terminology, with a host of armchair commentators unflinchingly labelling different groups and individuals in a variety of sometimes contrasting and indeed confusing ways. A group or person can thus be ‘moderate’ and ‘radical’ at the same time, depending on who does the labelling.

To different sections of the public, therefore, controversial preachers such as the Perlis mufti Dr Mohd Asri Zainul Abidin and the President of the Ahl al-Sunnah wa al-Jamaah Organisation (ASWAJA), Dr Zamihan Md Zin, are almost polar opposites of one another. To Mohd Asri’s detractors, among whom Zamihan’s followers figure prominently, the Perlis mufti is an ‘extremist’ as measured by his Salafi-Wahhabist tendencies. On the other hand, Mohd Asri’s supporters constantly hurl the ‘extremist’ label at Zamihan, pointing out his racialist disposition and history of excommunicating opponents in the manner of the Lebanese-based Ahbash ‘radical traditionalists’ with whom Zamihan was once purportedly associated.

As recently asserted by the self-confessed modernist though often demonised as liberal Muslim, Dr Ahmad Farouk Musa of the Islamic Renaissance Front (IRF), labels can be easily exploited to destroy one’s reputation.

One school of thought that has recently emerged in the Muslim world is that of neo-traditionalism. Its recent upsurge is related to the constant search for an antidote to the Salafi-Wahhabi form of Islamism powered by Saudi Arabia – which has been squarely blamed for sprouting extremist Salafi-jihadist movements intent on launching a war of terror against infidel Western governments and heretical Muslims all over the world.

Among Muslims accused of heterodoxy – which extremists necessarily perceive as a sure path towards apostasy – Sufis or practitioners of tasawwuf (i.e. the spiritual dimension of Islam) are often vilified and even monstrously caricatured in Salafi-jihadist propaganda as the worst innovators of religion.

Adherents of the neo-traditionalist school, which is most commonly associated with the Mauritanian scholar Abdullah bin Bayyah and his globe-trotting American disciple Hamza Yusuf (founder of the California-based Zaytuna College), have also been dubbed – not necessarily in complimentary terms – as modern ‘political Sufis’. However, they have also been roundly criticised as Muslim apologists whose pluralist discourse allegedly dovetails with the wider agenda of the West to compartmentalise the ummah (community) using the stereotypes of peace-loving ‘good’ Muslims and violence-prone ‘bad’ Muslims.

Sunni neo-traditionalists, in no different terms from traditionalists, accept the veracity of past Sunni orthodoxy as encapsulated in the systematic theologies developed by Abu Hassan al-Ashaari (874–936 AD) of Basra and Abu Mansur al-Maturidi (853–944) of Samarkand, the Shafi’ite, Hanafite, Malikite and Hanbalite jurisprudential traditions, and legitimate Sufi orders. However, appreciation of the rich legacy of Islamic turath (heritage) does not deter them from devising new epistemological tools towards advancing new interpretations.

Contrary in a way to the stereotypical picture of traditionalists, who cling to the ‘closing of the gates of ijtihad (independent reasoning)’, neo-traditionalists do not deny the need for and wisdom of dispensing with taqlid (blind imitation) when conditions beckon and are ripe for it. Neo-traditionalists accept the shortcomings of traditionalism that have led to passivity and stagnation, and admit that latter-day Sufis suffer from a perception deficit among the larger Muslim populace as not being down-to-earth enough to problematise the inner malaise of the ummah.

Ironically, some of the neo-traditionalist criticisms of traditionalists resemble the Salafists’ rebuke of traditionalism. In fact, both Abdullah bin Bayyah and Hamza Yusuf are on record as having spoken of the effective proto-Salafi scholar Ibn Taymiyyah (1263–1328) – who is reviled by the great body of Muslim traditionalists as deviant – in exculpatory terms.

Hamza Yusuf has been a frequent visitor to Southeast Asia, even paying homage to renowned philosopher Syed Muhammad Naquib al-Attas, whose early vision guided a series of top-down Islamisation initiatives, including the Islamisation of Knowledge project in Malaysia. The thoughts of his mentor Abdullah bin Bayyah have also been seriously deliberated by the Kuala Lumpur-based International Institute of Advanced Islamic Studies (IAIS) headed by renowned scholar Mohamad Hashim Kamali.

At the activist level, perhaps the clearest expression of Islamic neo-traditionalism is Global Ikhwan Sendirian Berhad (GISB), the organisational successor of the banned Darul Arqam movement which later metamorphosed into the Rufaqa Corporation before once again encountering difficulties with Malaysia’s Barisan Nasional (National Front) government.

Riddled with corruption scandals, the Barisan Nasional was roundly rejected by Malaysians in the country’s historic general elections of 9 May 2018. Today, under the newly installed Pakatan Harapan (Alliance of Hope) government, Islamic neo-traditionalist principles which have been cultivated since the days of Darul Arqam under Ashaari Muhammad (1936–2010) are enjoying a revival of sorts in the country’s relatively improved climate of religious-political freedom.

In September 2018, GISB cooperated with the government in sending business delegations to Bosnia for the Sarajevo Halal Fair and future trips are also planned. Likewise, Minister of Entrepreneurial Development Mohd Redzuan Yusof officiated at the Global Ikhwan International Business Forum (GIIBF) in February 2019. It remains to be seen though, how long this honeymoon will last, bearing in mind that the government is currently weathering intense pressure from Malay-Muslim quarters, who are dissatisfied with Pakatan Harapan’s having allegedly given in to non-Muslims and unorthodox Muslim sects.

Dr Ahmad Fauzi Abdul Hamid is Professor of Political Science in the School of Distance Education at Universiti Sains Malaysia (USM). He has written extensively on the role of Islam in Southeast Asia.