Successful engagement with China in an educational context: A BACS-Asia Research Institute Round Table 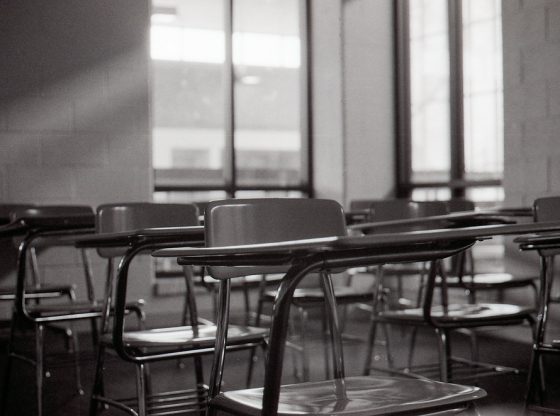 On Wednesday 3 April 2019, the University of Nottingham Asia Research Institute, in association with the British Association for Chinese Studies, hosted a round table exploring issues around successful engagement with China, with a special focus on the field of education.

As China becomes ever more economically powerful and politically assertive, the manner in which to engage the country has changed. Previously, foreign groups in China typically concentrated on how to create profitable business opportunities through understanding the vastly different culture and, of course, developing a rudimentary understanding of how to navigate its excessive bureaucracy.

Nowadays, the endgame often remains much the same – good business. However, the roadmap has moved on from a simple understanding of guanxi and Maotai. Bureaucracy, to a certain degree, is much improved, especially if one isn’t dealing with government departments. However, a basic cultural understanding and acceptance that you’re going to have to make some friends to do business properly are no longer the main links in the chain. Now, more than at any time since the Cultural Revolution, politics rears its head.

Partnerships with Chinese schools in the form of exchanges or summer schools pay dividends to a student’s learning and understanding of not just the language, but the culture as well

Politics in China is, naturally, a different beast to ‘back home’: Party lines are expected to be toed, Party integration in organisations is to be expected, and the official history narrative is not to be veered from.

How to square the circle of constructive and beneficial engagement with China?

The round table was opened by Dr Andreas Fulda, who has been engaging with the Greater China Area since 2001. He was on hand to help guide and facilitate discussion. The discourse acknowledged that whilst intercultural competence is indeed useful, and should not be overlooked, on its own it is not enough to effectively engage with China due to what essentially can be considered a clash of both value and political systems.

Dr Fulda gave an insightful and entertaining overview of the Chinese system of guanxi, how it differs from a Western understanding and utilisation of ‘networks’, why it exists in its current form in modern China, and how this, along with a zero-sum, moralistic culture in Mainland China, impacts on how individuals, organisations and governments interact with their Chinese equivalents.

This discussion reverberated amongst those in attendance, many of whom are looking to encourage the learning of Mandarin Chinese in schools and exploring how to partner with Chinese institutions to realise this goal. A discussion on the Chinese Communist Party’s (CCP) United Front approach was therefore of deep interest, as was China’s practice of co-opting foreigners to exert influence and control the narrative. The need for due diligence and mindfulness of political as well as cultural considerations should be considered when dealing with Mainland Chinese entities.

Nathalie Cachet-Gaujard of the China-Britain Business Council continued by leading a discussion on Chinese business trends and the opportunities and risks presented by the Chinese market in 2019. She highlighted important but often little or mis-understood areas, such as IP protection.

Consensus gathered around the importance of intercultural understanding (i.e. a basic awareness of Chinese culture and etiquette), good interpersonal skills (being able to make those important people-to-people connections, especially considering the importance of guanxi in Chinese culture), and having a rudimentary understanding of the current political context in China (what to actively discuss with potential or existing Chinese partners and what to avoid where possible). This latter point was of great interest to all: how to engage positively with Chinese institutions and individuals while maintaining high academic standards including freedom of expression, debate and opinion.

The debate included a discussion of the merits and de-merits of Confucius Institutes and Classrooms. There was general agreement that while they certainly provide an excellent language resource and opportunity for students to connect with Chinese nationals, reasonable diligence must nonetheless be applied as they constitute a sub-division of a Chinese government Ministry: Hanban, which oversees the Confucius Institutes, reports to the Chinese Ministry of Education, which is overseen by the CCP, which in turn considers all forms of education, including Confucius Institutes, to be a mechanism through which to promote the Party line and the official narrative.

This discussion also covered the workings of China’s United Front and the existence of ‘minders’ in and amongst overseas student populations. It was recognised that whilst their existence should be acknowledged, at middle-school level the pervasiveness of such entities is likely to be small compared to higher education institutions (HEIs). It should therefore be countered through the robust promotion of UK education and values on UK soil, with people-to-people links promoted in and during any interaction in and with China itself.

After a lunch break the round table continued by discussing a topic of great importance to the majority of attendees: how to build the Chinese language competence of UK students for communication with China. Discussion abounded over the current limitations in the teaching and examination of languages at school level, the importance and benefits of programmes such as the Mandarin Excellence Programme, and how UK schools and students could leverage programmes with Chinese interlocutors to add real value to Mandarin tuition in the UK.

The round table reached overwhelming agreement that the provision for language tuition in schools in the UK is currently disappointing owing to various government policies, including those governing exam standards and teaching hours. This is of particular concern for Mandarin Chinese tuition; unlike other languages on the national curriculum – French, German and Spanish – Chinese is a language far removed from English. This does not necessarily mean it is a ‘difficult’ language, but it can be a ‘slow’ language to learn.

The Mandarin Excellence Programme has done wonders for the provision of Chinese language tuition in UK schools through providing funding for teachers, materials and, crucially, extra hours dedicated to teaching and learning the language. For UK students to truly learn the language, these are absolutely necessary. On the other hand, a language cannot be learnt well without some level of immersion. Therefore, partnerships with Chinese schools in the form of exchanges or summer schools pay dividends to a student’s learning and understanding of not just the language, but the culture as well. To achieve effective international communication, both are needed.

At university level, there was an understanding that a multidisciplinary approach could potentially yield a greater intake of students and equip them with skills additional to those of a cultural and linguistic nature. Experience was shared by attendees who had studied – and teachers who had taught – Chinese at degree level, with a consensus that the multidisciplinary approach often came at the detriment of linguistic skills, due to the reduction in time spent directly learning the language.

The round table proved extremely enjoyable and useful to all attendees, covering the educational, business and social aspects of interacting with China in the context of schools and education in the UK. There are elements of potential concern, such as those presented by China’s United Front, but there are also vast opportunities for friendly and mutually beneficial collaboration when the right factors are taken into consideration and carefully navigated.

Fostering good relations with Chinese educational institutions through understanding local business and cultural practices, bolstered with a working knowledge of political considerations, can bear fruit and facilitate opportunities for UK students of the Chinese language to improve their skills and learn more about the culture, and also for the UK to exert its educational soft power overseas.

To ensure that such opportunities are grasped going forward, schools must think creatively to engineer good working relationships with their counterparts in China. Similarly, the UK government must also protect, expand and review its support and provision for the tuition of languages and build upon the success of initiatives such as the Mandarin Excellence Programme.

James Halstead is Co-Chair of the Association for Speakers of Chinese as a Second Language.

Media, money and majoritarianism: The Indian elections 2019
Neo-traditionalist Islam in Malaysia: Neither Salafi nor traditionalist