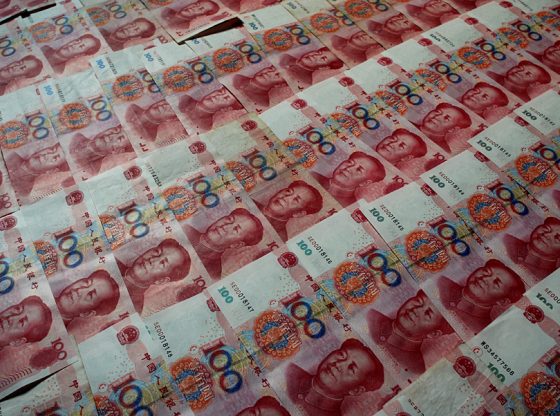 China’s relationship with digital currencies represents a small but important part of the discussion surrounding innovation and state authority. China’s legislative action alongside state-driven research demonstrates a regulatory model of ‘regulating to replace’, wherein innovation is channelled towards state-approved objectives.

Since 2017, the Chinese have enacted regulations that reduce cryptocurrency activity whilst actively working on the introduction of a state-controlled digital currency, which will be called DCEP (Digital Currency Electronic Payment). A fundamentally important aspect in regard to the introduction of this DCEP is the manner in which China plans to maintain economic stability and a competitive financial sector.

This article will therefore focus on the ‘two-tier’ system and controllable anonymity, and draws to great extent directly from Yao Qian, the Head of the Digital Currency Research Institute of the People’s Bank of China (PBOC).

With the competent implementation and administration of this infrastructure, China’s commercial banking sector should see no loss in relative global competitiveness resulting from the introduction of DCEP, which is unlikely to cause any disruption in stability

The planned DCEP infrastructure demonstrates an approach to regulating new technologies that would cause no practical loss of authority relative to the market whilst channelling innovation towards state-approved objectives. Some potential applications for Distributed Ledger Technology (DLT) allow for the subversion of state authority, but its function and workings are entirely up to the creator.

China foresees substantial investment into DLT research in both the private and ‘state-involved’ sectors, although all of this investment is currently focused on aspects of DLT that do not directly subvert state supervision. The DCEP and its supporting infrastructure could actually lead to an increase in state supervision – perhaps even authority – over monetary transactions. Two aspects of DCEP’s planned infrastructure where this is most evident are the ‘two-tier’ system and controllable anonymity.

A central focus of investigation within central bank research projects has been the vast array of opportunities presented by DLT. Setting aside the plethora of non-monetary applications, the function of proposed Central Bank Digital Currencies (CBDC) is categorisable as ‘bank-to-bank’ or ‘bank-to-consumer’ money. Singapore and Canada provide two examples of trials with a bank-to-bank CBDC. DCEP, on the other hand, will function as a bank-to-consumer form of money and is intended to replace cash in the long run. At the same time, China’s renminbi (RMB) would be held as a reserve on a 1-to-1 ratio with DCEP.

This displacement of traditional currency brings with it questions about the role of commercial banks in the transmission of money from state to citizen, as the possibility of private bank accounts being held with the central bank becomes a real option. According to research by the Bank of England, this would relegate commercial banks to a narrower role within the economy and could potentially lead to their dependence on wholesale markets at high rates. Further, it could endanger the competitiveness of private banks in global markets. However, the Dual Issuance System, or ‘two-tier system’, is intended to prevent this.

As well as ensuring complete state control over the decentralisation necessary for a DLT-based platform to function, a two-tier system would see the issuance and transmission of DCEP work in tandem with commercial banks. As such, the digital wallets in which DCEP can be stored would be linked to commercial bank accounts and use the same identity verification as found today. Such a wallet would allow for flexible alterations in the future, in accordance with any potential change in the needs it has to serve. Commercial banks would thus maintain agency over accounts, although all DCEP transactions would be verified directly by the central bank.

As part of this infrastructure for the issuance and transmission of DCEP, every single monetary transaction will be recorded from point to point by the state. Although users will be able to maintain anonymity regarding who receives their payments, the option to remain anonymous towards the state will not be implemented. The manner in which this will be achieved is through utilising technology that will allow for voluntary anonymity at the front end, and real-name data collection at the back end, also referred to as controllable anonymity.

This can be seen as particularly beneficial in the context of both China’s anti-corruption drive and anti-capital flight efforts, as well as the fact that DCEP can further prevent the misappropriation of subsidies by controlling and tracking the distribution of funds without relying on third parties. Fundamentally, it increases the state’s ability to track monetary transactions in a manner that does not seem to have been available before. It opens up the application of AI-based monetary policy that can make endogenous decisions about money supply on a real-time basis, as well as setting the stage for far more innovation in monetary policy tools.

It is important to reaffirm that this innovation is unlikely to occur in a way that conflicts with state policy. With the competent implementation and administration of this infrastructure, China’s commercial banking sector should see no loss in relative global competitiveness resulting from the introduction of DCEP, which is unlikely to cause any disruption in stability. In fact, the success of its introduction – seemingly likely given the effectiveness of China’s legislative action against private digital currencies and the rapid increase of mobile payments in domestic markets – could lead to a boost in confidence in the state’s ability to supervise the economy.

The efficiency of DLT systems as opposed to current global payment systems as well as their lower cost are likely to provide a benefit to state finances. However, only time will tell whether the project will be a success or not. At any rate, the objective of maintaining control over innovative technology seems apparent.

Daan de Jonge is a student of Contemporary Chinese Studies with International Relations at the University of Nottingham.

Max de Jonge is a student of International Business at the University of Antwerp.