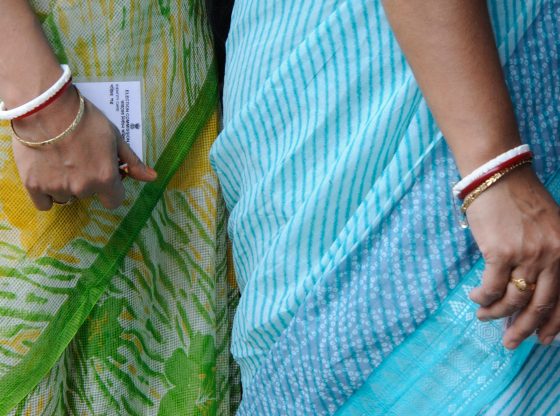 An investment in knowledge pays high dividends for young citizens and it is an important tool for the progress of any democracy. The 17th Lok Sabha elections have been announced by the Election Commission of India (ECI) and the schedule of election dates resembles a well-planned spreadsheet between 11 April and 19 May, with the counting to be held on 23 May 2019. Nearly 900 million voters are eligible to vote for the Lok Sabha’s 543 parliamentary constituencies around the country.

Of these eligible voters, there are about 52.6 million first-time voters. These young citizens, born at the dawn of the twenty-first century, are the harbingers of change and will play a decisive role in the ongoing elections.

The creation of a generation of young citizens who can debate with tolerance and think critically, creatively and constructively

Not least, because of the times they live in, oscillating like a pendulum from one extreme to another. On the one hand, they have their touch screens that translate into global communication and digital gatherings that spring into revolutions and make the world a global village. Yet at the other extreme, it is as if time has been frozen for decades under the weight of poverty, malnutrition and agrarian crisis, communalism and its grammar of violence, caste prejudices and the daily diary of torture, rising crime rates, gross human rights violations, and terrorism.

These first-time voters are saddled with the onerous task of bringing to power a government that will work with the force of youth and assure them a better and more secure future.

Nelson Mandela once said that a good head and a good heart are always a formidable combination, and if you add to that a literate tongue or pen, then you have something very special. When India invests its young citizens at the age of 18 with the primary responsibility of choosing the government, it is then equally incumbent on the contenders seeking a mandate from the youth to address their fundamental concerns.

As Gandhi said, what is really needed to make democracy function is not a knowledge of facts, but the right education. Education and learning then become an essential prerequisite for democracy to be hale and hearty. Elections are often called the periodical check-up for democracy, and the content and provision of education are pertinent tools in this health evaluation.

There is a clear linear trajectory from the Right to Education Act (RTE) leading to the creation of responsible voters at the age of 18 and forcing the contending political parties to have a well-worked-out blueprint for education. This is an important equation for a country like India, where by 2027 half of the population will be below the age of 25.

The Right of Children to Free and Compulsory Education Act, or RTE, is an Act of the Parliament of India enacted on 4 August 2009 which details the modalities of the importance of free and compulsory education for children between the ages of 6 and 14 in India. Set up under Article 21a of the Constitution and coming into force on 1 April 2010, the RTE made India one of 135 countries which have made education a fundamental right for every child.

The very name of the RTE incorporates the words ‘free and compulsory’. ‘Free and compulsory education’ makes it a legal obligation for the central government, the state governments and local authorities to provide and ensure admission, regular attendance and completion of elementary education for all children in the 6–14 age group. The Act has moved India forward onto a rights-based framework. If every child under RTE receives mandatory education, then she is sure to cast her mandate in an informed manner when the time comes to vote at the age of 18. It is this ability for critical evaluation that is the key to change.

In the recently released election manifestos of the two major contenders in these elections, it is interesting to note that both the Bharatiya Janata Party (BJP) and the Indian National Congress (INC or the Congress) have laid down a blueprint for education and allied services.

‘BJP for the General Elections 2019’ aims at the generic goals of improving infrastructure and increasing digitalisation. This is to be done through (a) bringing all secondary schools under the ‘Operation Digital Board’, (b) promoting a research orientation in higher education institutions (HEIs) through the ‘National Digital Library of India’, and (c) enabling the investment of INR 1 lakh crore (US$15.38 billion) in higher education through the ‘Revitalising of Infrastructure and Systems in Education’ (RISE) programme.

The vision of the ‘Prime Minister Innovative Learning Programme’ is to bring together talented children for a certain period in a year at a common institution from all over the country and provide them with facilities and resources to enable them to excel. As well as these internal advances, the BJP seeks to promote a ‘Study in India’ programme for foreign students and to work towards increasing the number of seats in premier management institutes, engineering institutes and law institutes. In order to promote all-round development, the BJP has put together a plan to establish an Arts, Culture and Music University, a Tourism University and a Police University at both central and state levels.

Much of the emphasis of the BJP’s education blueprint is on digitalisation and infrastructure at the level of schooling. This can be seen as a departure from the time tested chalk and talk method of teaching. We should also note that digitalisation is a welcome step, provided that every school has regular electricity connections and a sizeable number of functioning computers in proportion to the size of class.

Moving on to the blueprint for education as released by the Congress in its visionary document, it begins by promising to transfer education onto the States Subjects List (which lists all policy matters coming under the exclusive domain of the state governments) and has vowed to increase the budget for education to 6 per cent of GDP over a period of five years if elected.

Among the other noteworthy points from the party’s manifesto is a call to acknowledge the services of large numbers of guest, temporary and contractual teachers, whom the party aims to absorb into the regular establishment of universities. The Congress also plans to award ‘deprivation points’ to students seeking admission to university on the basis of gender or permanent address in rural districts, etc. to ensure diversity in classrooms, and to introduce a ‘Students’ Rights Bill’ to codify the rights and obligations of students in colleges and universities.

Given that the theme of this article is education and elections, then it is pertinent to mention the significant contributions and rather visionary steps taken by a much smaller political party too, namely the Aam Aadmi Party (AAP), which is currently the ruling party of the National Capital Territory of Delhi.

Compared with the promises made by the BJP and the Congress, AAP’s previous policies and future blueprint for 2019 seem more grounded and targeted at addressing grassroots problems in the education sector. An important decision to relieve school teachers of the obligation of census- or election-related data collection has enabled the timely completion of the annual syllabus.

Initiating annual parent-teacher meetings in all state-funded schools across the National Capital Territory of Delhi has motivated parents from all income backgrounds – particularly the economically weaker sectors – to be involved and updated about their children’s progress. Ensuring that a major share of the budget goes to education as compared to other national or regional parties is yet another noteworthy step by the AAP towards providing quality education for large numbers of students. And the introduction of the mandatory ‘Happiness Curriculum’ for all students during their period of schooling resonates with the words of Gandhi: ‘By education, I mean an all-round drawing of the best in child and man in body, mind and spirit’.

The creation of a generation of young citizens who can debate with tolerance and think critically, creatively and constructively: education is the key to this vast wealth. The harbingers of democracy are raring to spread their wings and all the political parties must unite, irrespective of their ideological differences, in this pressing agenda of qualitative learning and holistic education.

Wishing the nation all the best as it goes for its latest health check-up.