How do South Asians see democracy and authoritarianism? 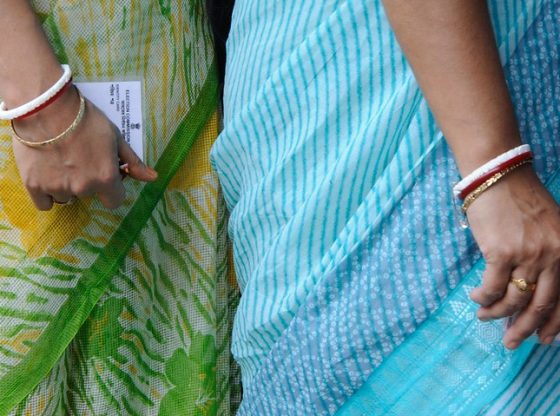 Drawing richly from the State of Democracy in South Asia Report, this article assesses the concerns and expectations of citizens of five countries in the South Asia region (Bangladesh, India, Nepal, Pakistan and Sri Lanka) and locates them in the larger context of global debates about democracy.

The cartographic entity known as ‘South Asia’ has generated a lot of curiosity and enthusiasm in recent times. The wave of globalisation has contributed to greater enthusiasm for regional cooperation platforms in view of the need to balance the globalisation of economies and cultures with the assertion of regional claims and identities.

Home to a population of over 1.4 billion, the region could be described as the most populous region of the world. Comprising a group of emerging economies with an average annual growth rate of 7.1 per cent, the region has recently become attractive for foreign investors and the global political establishment. Nonetheless, South Asia is also impacted by a high degree of poverty and instability and has the largest concentration of the poor in the world.

It is critical to underscore the fact that even though the five countries covered by the report have a lot in common, they differ significantly on a range of issues. While they share a common past, having begun their journey after independence at around the same time, they have taken different routes to establishing democratic processes in their respective societies. Although they often faced similar socio-economic and political challenges, these countries of South Asia have achieved varying degrees of success through choosing diverse strategies to resolve the multiple crises that they faced.

Therefore, for the purpose of analysing popular perceptions of democracy in South Asia, it may be useful to present this within five critical frameworks.

First, societal and political developments in the South Asian region in the twenty-first century point to several zones of similarity as well as critical points of difference. From a social perspective, South Asia faces the challenge of balancing accommodation and identity. In economic terms, it is confronted with the need to balance growth with distribution. Politically, it needs to institutionalise the practices of democratic governance. The sustainability of democracy hinges on the further expansion of democracy and the social acceptance of democratic norms.

Second, as an ‘idea’, democracy has a place of pride in South Asia. However, one can only draw limited satisfaction from this because most citizens are unaware of the architecture and logic of democracy. The idea of democracy has come to the region through several routes – partly through its colonial struggles, but also through its struggles against local forms of domination. The idea of ‘contest’ is thus quite firmly established, but the conception of institutionalising democracy remains weak. This gap – between the idea and its conception – constitutes a key challenge for democracy in the region despite its endorsement by large numbers

Fourth, the level of voter turnout in South Asia is robust. Civic engagement in non-electoral activities does not present a pessimistic picture either. The somewhat low levels of civic engagement probably indicate the difficulties encountered along the path of democratisation. They also alert us to the historical specificities of that journey in this region. The challenge is not to identify the limitations of democracy in the region but to recognise the peculiar route that democracy has taken.

Finally, given the socio-economic profile of the region, a large segment of society increasingly looks to the state as both provider and facilitator. For many, accessing the state for basic needs and services constitutes the only choice and is not one among a set of different options. In these circumstances, the responsiveness of the democratic state is critical for giving empirical meaning to the ‘idea’ of democracy that the citizens uphold and cherish. In future, South Asia’s democracies will surely face greater governance challenges as the region moves from providing mere welfare to expectations of well-being.

Among the citizens who offered a definition of what they thought democracy was, for more than one-third, the term represented welfare and justice. While close to one-third understood the concept from the perspective of rights and freedom, less than one-fourth of the respondents limited their perspective of democracy to its procedural aspects. It is evident that the real-life experience and expectations of people is categorically reflected in their world view of democracy. Two-thirds of respondents in South Asia who defined democracy spoke the language of welfare, justice, rights and freedom, giving the merely procedural aspects of democracy a much lower order of priority.

In South Asia, citizens perceive a gap between their aspirations on the one hand and the government’s achievements on the other. This often creates a ‘trust deficit’ in the capacities of those entrusted with the responsibilities of democratic governance, even as citizens’ faith in the ‘idea’ of democracy remains unshaken. The paradox between a strong commitment to the ‘promise of democracy’ and deep frustration with the ‘performance of democracy’ is patently visible in South Asia. This paradox helps explain popular perceptions of democracy.

The most exciting feature of South Asian societies is that citizens have invested in democracy and are not willing to give up their expectations or aspirations for it. In the long run, this faith in democracy is the best insurance it can have against both its many failings and the non-democratic alternatives.

Dr Sandeep Shastri is the Pro Vice Chancellor of Jain University and Director of its Centre for Research in Social Sciences and Education (CERSSE). He is also the National Coordinator of the Lokniti network, part of CSDS (Centre for the Study of Developing Countries).