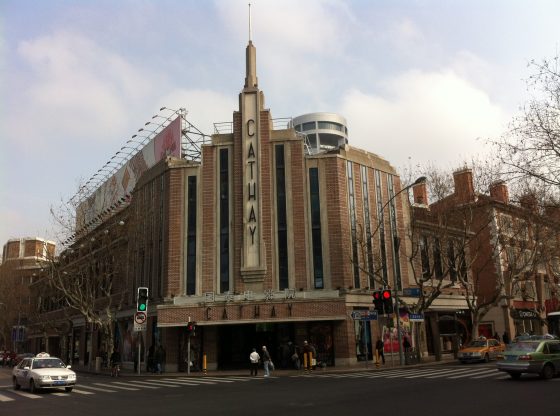 Freddie Mercury never went to China. He missed an opportunity to hold a concert in Beijing in 1985. In the mid-1980s, when China had just opened itself up to the West near the end of the Cold War, the Chinese government accepted a proposal to invite an international band to play in China to showcase China’s openness and as a form of cultural diplomacy. At that time, the British rock band Queen was planning the ‘Magic Tour’, a final global tour with lead singer Freddie Mercury and bass guitarist John Deacon.

Queen’s competitor was the pop band Wham! Simon Napier-Bell, Wham!’s manager, made two brochures and presented them to Chinese government officials: one portraying Wham! fans as pleasant middle-class youngsters, and the other showing Freddie Mercury in typically flamboyant poses. Unsurprisingly, the Chinese authorities opted for Wham!, who subsequently held a concert in Beijing in 1985 and became the first Western pop band to play in post-Mao China.

The story of Freddie Mercury fighting for acceptance parallels and speaks to the experiences of many people, especially queer people in China today

Even without Napier-Bell’s sabotage, Freddie Mercury probably still would not have been allowed to perform in the People’s Republic of China (PRC) at the time. The singer was known, or at least widely suspected, to be gay, and homosexuality was not decriminalised in the PRC until 1997. Wham! singer George Michael came out as gay in 1998, a few years after the 1985 concert in Beijing.

Famous Queen hits including We Are the Champions and We Will Rock You nevertheless became known to many Chinese music fans, primarily through pirated cassettes and CDs, online music streaming, as well as thriving concert, party and disco cultures in urban China.

In March 2019, the award-winning film about Freddie Mercury’s life, Bohemian Rhapsody, was officially shown in Chinese cinemas. The film was a box office success for China’s Arthouse Films Screening Alliance. According to China Daily, the film held 600 test screenings in 128 cities around China on 16 and 17 March, making it the largest release of an arthouse film distributed by the alliance. On 22 March, the film’s official release was increased to 3,100 member cinemas.

From the perspective of the film industry, there are several good reasons why the film should be shown in China. China’s film market is one of the largest and most profitable in the world. Despite the rigid import quota for foreign films, major film studios including Twentieth Century Fox spare no effort to enter the Chinese market, even at the cost of having to cut their films to meet censors’ requirements.

China’s film distributors, including the Arthouse Films Screening Alliance, also saw the huge business potential of the film to attract film fans, music fans, different generations of audiences, and probably even sexual minorities. Although homosexuality is strictly censored in Chinese cinema, this does not prevent Chinese film distributors from trying various tricks (including cutting sensitive scenes from films) to circumvent censorship and engage in ‘queerbaiting’ to take a share in the burgeoning ‘pink economy’ in urban China.

When choosing which foreign films to import, China’s film distributors are simply following the logic of the market by responding to popular audience demands. In today’s China, the purchasing power of a primarily young, urban and middle-class audience cannot be overlooked. Their cultural tastes are not much different from their counterparts in the West. With increasing economic power, they feel that they have every right to consume trending cultural products from across the world.

By allowing Bohemian Rhapsody to enter Chinese cinemas, the Chinese government has also presented a liberal image to the world. As queer filmmaker Fan Popo (whose film Mama Rainbow was censored by the Chinese government) pointed out: ‘I just think that China has recently been trying to present itself to the world as open-minded’. The move can also be interpreted as resulting from the government’s recent acceptance of the UN Human Rights Council’s recommendations on LGBTQ rights.

Giving permission to screen Bohemian Rhapsody seems to suggest that China is willing to accept the UN recommendations, but only at its own pace and under its own conditions. In the Chinese version of the film, three minutes of footage have been cut. This includes Freddie Mercury’s ‘coming out’, him kissing his boyfriend, and the music video of the 1984 single I Want To Break Free, where the band members perform in drag. Consequently, Freddie Mercury can only be known as a rock star in China but not as a queer individual.

Not only Mercury’s sexuality, but also the gender and sexual diversity of the band, as well as the history and memory of the sexual revolution and transnational LGBTQ movement, have been erased in the censored version of the film.

On 22 March 2019, Bohemian Rhapsody premiered in cinemas in major Chinese cities, and the audience was eventually able to meet Freddie Mercury (played by Rami Malek) on screen. The encounter with this enigmatic person has arrived thirty-four years late, but is it too late?

It is not my intention here to assess the artistic merits of the film. Nor do I aim to present an ‘authentic’ version of the singer. My focus is on how Chinese audiences have responded to the film and what this may mean for contemporary China. Some members of the audience reported ‘incoherence’ or even a ‘violent interruption’ on watching the cut version, while others expressed great disappointment with and even indignation about the alterations. Many complained that the cuts had compromised the integrity of the story, and even the person. Some even boycotted the film.

Immediately after the official release, discussions about the film and Freddie Mercury proliferated in China’s cyberspace, and information about the scenes cut from the film and Freddie Mercury’s sexuality was soon made available on social media and in discussion forums. Some people shared photos and video clips of the cut scenes and explained how they fitted into the plot. Gay activist Peng Yanzi printed out a flyer listing all the cut scenes and distributed the leaflets at the entrance to a cinema. A Queen fan, Chen Wei, even wrote to China’s broadcast censor and asked for freedom of information regarding the legal basis for the film’s censorship.

Perhaps the biggest achievement of the film was that it galvanised gay and straight people alike and brought them into conversation and joint action. Many people in China do not have a chance to meet or know queer people in real life; some consider LGBTQ rights to have nothing to do with wider parts of society. Freddie Mercury, as a beloved queer celebrity, obviously helps bridge the gap between queer people and mainstream Chinese society.

Moreover, the shared experience of censorship also brings people together into an alliance: on the one hand, queer people in China argue that censorship of LGBTQ issues is an infringement of their rights, while on the other, film and music fans feel that the state has gone too far in compromising the value of music, film or artwork, and that a celebrity’s sexuality should have been respected. In this way, the event effectively draws people together to support LGBTQ rights and form an alliance against government censorship of films and queer issues.

This is a good opportunity to build a queer/straight alliance when identity politics gives way to issue-based politics. As Peng Yanzi points out: ‘I believe this is a process for dialogue. As long as there’s a chance for dialogue, there’s a chance for change.’ Indeed, this dialogue is part of the burgeoning queer public sphere in China: it facilitates conversation, mutual understanding, support and coalition building. It embodies the potential for social change.

Apart from these more explicit forms of activism online and offline, changes can also take place inside cinemas. Inside a dark cinema and in front of the big screen, audiences learn about the trials and tribulations of a remarkable individual, knowing that he was gay and had been fighting to be himself all his life, but had to be put into the ‘closet’ on screen.

The story of Freddie Mercury fighting for acceptance parallels and speaks to the experiences of many people, especially queer people in China today. The cinema is an affective space where understanding and support can be felt, identities and communities are imagined, and historical and critical consciousness can be mobilised. The emotional energies of laughter and tears can be transformative. It reminds people of the rebellious spirit of a queer individual as well as the importance of not giving up hope.

This affective politics of film viewing should not be dismissed as merely entertaining and therefore apolitical. It can become a generative and transformative force. Although its power cannot be seen directly, and its impact can take a long time to be felt, it is there. It enhances mutual understanding and support between queer and straight people, and between China and the West. It can be inspiring and even life-saving for queer individuals and collectives who struggle for acceptance. It can be mobilised at critical historical junctures and trigger explicit social changes. If Freddie Mercury were still alive, he would probably be relieved to see, and even be pleased with, what is happening and what can potentially happen in China.