Malaysia today: The demise of a hybrid? Not so fast… 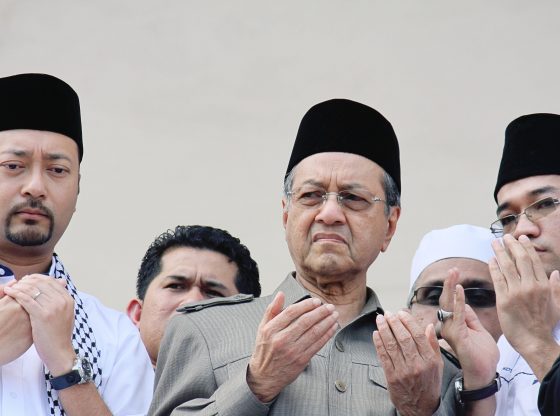 Samuel Huntington’s notion of a third wave of democratic transitions captured the many dozens of countries whose regimes transitioned from authoritarian rule to democratic politics towards the end of the twentieth century.

During the 1970s and 1980s, several military governments and personal dictatorships collapsed across Southern Europe and Latin America. Here the economic setbacks and demonstration effects seemed to be catalytic, ensuring regionally syncopated patterns of new democracy formation. During the early 1990s, single-party systems and other authoritarian regimes then collapsed across Eastern Europe and Northeast Asia. In these cases the movement was driven by the fall of the Soviet Union and the exhaustion of developing states.

During this rare moment of change, the United States effectively pushed its twin agenda of promoting democracy and free-market reforms. Several other countries, dispersed even more widely geographically, were drawn into this logic: across Africa and Southeast Asia residual authoritarian regimes shed much of their control apparatus in favour of political freedoms and due electoral process.

However, amid this historic global change, some regimes either failed to complete the process or they stepped back from whatever democratic progress they had made. Autocratically-minded leaders and parties sought ways by which, amid democracy’s increasingly universal valuation, they might slyly perpetuate their autocratic preferences for lengthy incumbency. They perceived that ruthless military regimes and personal dictatorships operated too flagrantly and ran the risk of sanctions.

A more effective approach, then, was for the government to imbue its regime with the appearance of democracy, but in such a way as to avoid the substance of democracy. Adopting this configuration, a government might outwardly respect civil liberties of communication and association, but then truncate them. Even more importantly, a government would regularly hold at least mildly competitive multi-party elections, but then severely manipulate them.

Noting these strategies, Samuel Huntington doubted from the start that these ‘betwixt-and-between’ holdouts could persist, observing famously that the ‘halfway house does not stand’. Over time, however, as their numbers proliferated and analysis deepened, these hybrid regimes became more carefully specified as forms of semi-democracy, electoral or competitive authoritarianism or, where hegemonic parties appeared, as hardy single-party dominant systems.

Indeed, by the end of the 1990s, Barbara Geddes was able to demonstrate that among the main variants of authoritarian rule, hybrid regimes – or more specifically, single-party dominant systems – enjoyed by far the longest life spans: two and three times that of ordinary dictatorships and juntas, respectively.

Hybrid regimes possess intrinsic institutional strength and they can grow more resilient still if they have a deep grounding in a suitably divided society. Hybrid regimes use calibrated controls that culminate in an ‘uneven playing field’ by working systemically to promote favoured sets of ethno-religious identities over the maligned, stigmatised and dreaded social ‘other’. Indeed, the outlook of the favoured identity segment – uplifted by its own political participation and gratified by the exclusion of its rivals – articulates closely with the limited openness of the hybrid regime.

In Malaysia, then, we find an institutionally resilient and societally grounded hybrid regime. Crafted during the mid-1970s, it has endured for some 44 years, nearly twice the (already long) life-span that Geddes attributed to single-party dominant systems. However, after so many decades of operation, Malaysia’s dominant single party – the ethnically coloured United Malays National Organisation (UMNO) – lost a general election in May 2018, astonishing observers.

Under hybrid regimes, such an electoral upset is always a possibility, since to generate legitimacy, there has to be some competition in order to claim a measure of uncertainty. At unusual junctures, there is sometimes the risk of a ‘stunning’ election, resulting in government turnover. Iconic examples include the Philippines in 1986, Chile in 1988, Poland in 1990, and Nicaragua in that same year.

Likewise in Malaysia, observers were astonished when the ruling coalition suffered electoral defeat in 2018. Called the Barisan Nasional (National Front) and led by UMNO, the coalition had been in power since the mid-1970s. UMNO is the oldest continuously operating non-Communist political party in East Asia apart from the Kuomintang. Drawing on an institutionalised hybrid regime grounded in a divided society, the Barisan Nasional had refreshed its incumbency through an unbroken string of 10 general elections.

But then, tarnished by the notorious 1MDB scandal, – according to the US Department of Justice, the worst single instance of ‘kleptocracy’ ever – UMNO managed to alienate its core constituency of Malay-Muslims. To make matters worse, the corrupt high-living of party elites contrasted with the ‘middle-income’ trap in which Malaysia’s economy has long been mired. In this context, many ethnic Malay voters, in a display of pious indignation, plumped for an opposition party, the revivalist Partai Islam Se-Malaysia (Pan-Malaysian Islamic Party).

The Malays, who make up nearly 70 per cent of the electorate, thus split their vote. This enabled another coalition in opposition, the Pakatan Harapan (Alliance of Hope), to squeak into office with a plurality woven together of urban middle-class Malays, ethnic Chinese, and disgruntled voters from the East Malaysian states of Sabah and Sarawak.

Observers hailed the dawn of ‘New Malaysia’ (Malaysia Baru). However, the Pakatan government is an uneasy coalition of four parties. It is led by Mahathir Mohamad, a nonagenarian former prime minister who heads a smallish party (Bersatu), basically a vehicle for UMNO defectors. On his flanks lie a fairly secular Malay party (PKR), a breakaway Muslim party (Amanah), and a mostly ethnic Chinese party (DAP).

This coalition came to office pledging far-reaching reforms: removing limits on civil liberties, ceasing the manipulation of elections, promoting ethnic and gender equality, and signing progressive UN treaties. And it made rapid institutional changes: easing media controls, bolstering parliament with a new select committee system, and increasing the independence of the Elections Commission and anti-corruption commission. However, after a year in power, the Pakatan government remains constrained by the institutional strength of the hybrid regime and the divided society in which this regime is embedded.

Thus, after pledging to repeal the country’s noxious, colonial-era Sedition Law, the Pakatan government now makes use of it, arresting people who allegedly insult Islam, the King, or even Prime Minister Mahathir. By-elections, although competitive, feature government ministers who campaign as UMNO once did, deploying state resources and promising voters new projects and sundry payments. And the governance of campaign finance and state-owned companies has undergone little change.

A year after Pakatan Harapan came to power, then, a cold-eyed analyst might be impressed by the continuing resilience of Malaysia’s hybrid politics. Indeed, it seems possible to conclude that with the new government behaving in many ways like the old one, Malaysia has experienced an electoral turnover without actual regime change.

William Case is Professor and Head of the School of Politics, History and International Relations at the University of Nottingham Malaysia Campus.