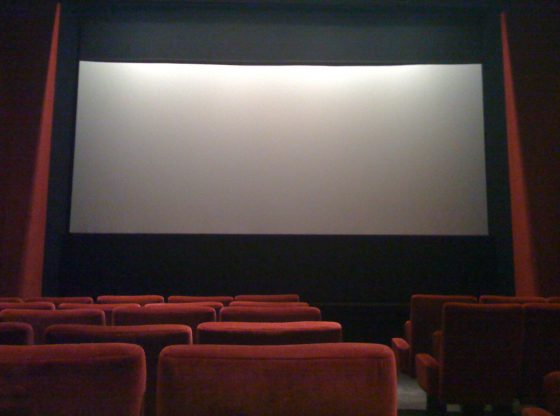 Between 1965 and 1983, fifty feature films were produced in Taiwan (with three of them made in Hong Kong by Shaw Brothers Studio), all adapted from the local woman writer Qiong Yao’s popular romantic novels, turning romantic melodramas into a mainstream genre for Taiwanese cinema.

The public release of these films has generated several waves of ‘Qiong Yao craze’ among Chinese communities worldwide. Nevertheless, despite their phenomenal popularity during the time of and in the immediate aftermath of their production, these fictional romances – dubbed ‘Qiong Yao films’ (琼瑶电影) – have circulated below the radar of international film scholars and audiences. One factor contributing to this negligence is the somewhat contemptuous labelling of these commercially viable films as ‘empty’, ‘brainless’ ‘tearjerkers’.

Within film circles, Qiong Yao films have often been disdained for their overlapping and repetitive cinematic story formulas and other frequently-used devices. They have even earned the nickname of ‘three-hall’ (三厅) movies, referring to a narrative strategy of narrowing down the main setting to the ‘dining hall, lounge hall and dance hall’.

Film is the product of its time. So too are Qiong Yao films. In many respects, the production and reception of Qiong Yao films corresponds to the period when Taiwan was undergoing rapid transformations from an agrarian economy to an industrialised and urbanised society.

As Lin Wenchi has correctly pointed out, Qiong Yao films provide more than ‘escapist romantic fantasies’. They have a value which begs for more serious assessment and examination, not least because of the fact that they speak to a wide range of significant issues for contemporary Taiwanese society such as nation and identity, gender and sexuality, fashion and style, to name just a few.

One of the most distinguished features that characterise Qiong Yao films is the portrayal of youth and youth culture. Virtually all fifty of the  Qiong Yao films feature young men and young women in their early 20s as the protagonists, showing their activities, attitudes and relationships with those who are more senior. Almost invariably, the antithesis set up to advance the film’s narrative development is not the polarisation between good and evil, but the conflicts and compromises between the young characters and their elders. The 1973 film The Young Ones (彩云飞) is a good example of this.

The 1970s was an economic boom time bringing an increase in living standards to Taiwan that also witnessed significant socio-political changes. The decade is hallmarked by a series of events that shook the structure of Taiwanese society to the core. These events include the Diaoyu Tai Islands Dispute (1971), Taiwan’s withdrawal from the United Nations (1971), President Nixon’s visit to Beijing and the signing of the Shanghai Communiqué (1972), the death of Chiang Kai-shek (1975), the boycotting of the Olympic Games (1976), and the termination of the Mutual Defence Treaty with the United States and the Kaohsiung Incident (1979).

In this context, the patriarchal authority that used to regulate and dominate generational relationships in the previous decade began to shift and alternative or nonconformist attitudes and beliefs emerged among members of the younger generation. Many aspects of this new kind of youth culture found expression in the characterisation and thematic concerns of The Young Ones.

Part of the film’s narrative revolves around the romantic relationship between a young man from a rich Hong Kong family and a young local woman from a socio-economically disadvantaged background. When the young man’s family objects to the relationship, the male protagonist has the following exchange with his father: ‘You are not God./I am not God, but I am your father./You are my father, but you cannot control me. I am an independent person. Your opinion is not necessarily my opinion.’

Later, the father flies to Taiwan to visit the young woman’s home in an attempt to buy off his son’s love. But his unwelcome visit only offers the film’s female protagonist the chance to make a statement: ‘How can someone I so much respect be like this? You are not just conservative; your attitude is also out of date. I don’t like you. The age of Camille is gone forever. I’m not Gautier; you are not Armand’s father.’

The young male and female protagonists in Qiong Yao films such as The Young Ones who depart from traditional attitudes and beliefs represent some of the big changes in a society that had historically celebrated a stable social hierarchy and a patriarchal system. These films’ unremitting efforts to negotiate a space for the expression of youthful individuality and subjectivity, among many other issues, contribute much to their status and significance in Chinese-language cinemas, which remains to be fully investigated.

Xuelin Zhou is a Senior Lecturer in Media and Communication, Faculty of Arts, University of Auckland, New Zealand.

Malaysia today: The demise of a hybrid? Not so fast…
Chinese healthcare’s possible digital revolution