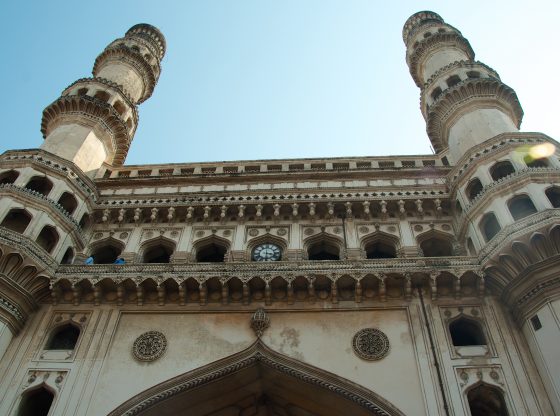 The results of India’s general election will be released on 23 May 2019. On this date we will not only learn who will be India’s next Prime Minister, but also who will be the Chief Minister (CM) of four states: Odisha, Sikkim, Arunachal Pradesh and Andhra Pradesh.

Research on voters’ behaviour reveals that when elections happen simultaneously, voters tend to vote for the same party in each one. In Andhra Pradesh, the elections have seen three regional parties dominate the electoral turf: the Telugu Desam Party (TDP), the Yuvajana Sramika Rythu Congress Party (YSRCP) and the Jana Sena Party (JSP). Moreover, this is the first election in the state where the big national parties have been less dominant.

This election has seen a light shone on hitherto less well-known communities, and any victory for them would augment the inclusiveness quotient of the state’s representatives

In this changed scenario, the pre-election period saw the prevalence of an overarching ‘Telugu identity’ trope and political parties seeking to re-open the already extant caste coalitions. In other words, there has been unison around the issues on which to fight the election and, as a result, one could argue that the way caste has been played has been slightly more mature and complex than in the past. Here I attempt to discuss the role these trends have played in influencing the electoral outcome.

In the run-up to the 2014 elections the state of Andhra Pradesh was bifurcated in response to the decades-long demands of the Telangana movement. The bill to implement the split was passed by the United Progressive Alliance (UPA) government led by the Indian National Congress (INC), and it was implemented soon after the elections that year. The division came at a heavy cost to the state, as observed by the head of YSRCP, Jaganmohan Reddy, since the parent state lost its former capital of Hyderabad to the newly formed state of Telangana. The TDP government in Andhra Pradesh, meanwhile, was faced with the herculean task of building its new capital, Amaravati.

It is in this context that voices against India’s National Democratic Alliance (NDA) government (of which the TDP was a member) came to the fore – voiced by YSRCP and JSP – especially in the matter of land pooling. After four years of vacillating, the TDP and its leader, Chandrababu Naidu, finally quit the NDA over the latter’s alleged failure to accord ‘Special Category Status’ (SCS) to Andhra Pradesh and the non-fulfilment of the terms and promises listed in the act governing the state’s bifurcation.

Although there had already been various moves and pressure from YSRCP and JSP in this regard, the TDP brought a ‘no-confidence’ motion against the Bharatiya Janata Party (BJP) in the Lok Sabha (national parliament). While the move did not hold any arithmetical significance, owing to the BJP’s numerical dominance within Andhra Pradesh it was effective in forging, mainstreaming and perpetuating the ‘Telugu’ identity. In other words, the ordinary Telugu person was seen to have been betrayed by the Centre and this was amplified among the masses through speeches, press conferences and adverts on local TV channels, etc.

While this is not so very different from the 1980s when the party was first founded by NT Rama Rao, the move has helped the TDP reclaim its position as the party that tried its best – despite the non-deliverance by the Centre – and to position itself at the helm for setting the agenda for the elections. However, the opposing claims of the opposition parties – the YSRCP and the JSP – have become stronger, and these parties have displayed a considerable following among the people of the state. The role and importance of caste in the state elections can be seen in Naidu’s speech during the last leg of the campaign, where he remarked: ‘Make me CM and there will be a Muslim Deputy CM and a Kapu* Deputy CM’.

It is well-known that the film actor Pawan Kalyan, who is also referred to as ‘Power Star’ by his huge fan base across the state, played a pivotal role in the victory of Chandrababu Naidu and the NDA in the 2014 elections. It is also worth noting that Jaganmohan Reddy of the YSRCP enjoyed a sympathy wave in his favour over his father’s unfortunate demise, and also because he is seen as a popular local leader who was betrayed by a national party (i.e. the Indian National Congress). However, Reddy lost the election in 2014 and it is claimed that the margin that decided the election was brought in by Pawan Kalyan, whose newly formed Jana Sena Party did not contest the election and who chose to support the NDA alliance instead.

The exuberance behind Kalyan’s entry can be located in the political history of the state. Andhra Pradesh has traditionally seen the dominance of two communities – the Kammas and the Reddys – occupying the seat of the Chief Minister, with the former rallying behind the TDP and the latter behind the Congress Party. These communities have managed to do this in spite of their small numbers through sub-regional caste alliances.

A case in point is that of a numerically dominant community – the Kapus (Kalyan belongs to this community) – who, in spite of their numbers being significantly greater than the other two communities (15 per cent), have never managed to occupy the top position in the state. In the 2000s, the entry of Kalyan’s brother Chiranjeevi, another popular film star, was seen as the moment for the ascent of the Kapus to claim their share of power. The effort failed, however, when Chiranjeevi merged his party with the Indian National Congress in 2011.

From then until the inception of the JSP, founded by Kalyan in 2014, the state witnessed agitation by thousands of people from the Kapu community seeking Backward Caste (BC) status to help them secure opportunities in education and government jobs. As argued by Christophe Jaffrelot and A. Kalaiyarasan, the Kapus saw the issue of reservation as a means to both economic mobility and political representation. Kalyan’s party is therefore seen by a good chunk of the community as the means for achieving this aspiration.

Numerically, the Kapus are dominant in East and West Godavari districts that have 34 assembly seats, where one can observe most JSP tickets (General) being given to Kapu candidates (16 out of 26). Significantly, most of these seats were won by Naidu’s TDP in 2014. Therefore, Kalyan’s popularity does not portend well for the TDP. Moreover, JSP’s alliance with the Bahujan Samaj Party (BSP) and the Left can be seen as an effort to address the anti-Dalit tag attached to the Kapu community, owing to instances of violence in the past.

So what did Jaganmohan and Naidu do?

On the other hand, for the YSRCP, Jaganmohan Reddy has fielded 41 candidates belonging to the BC communities, thereby seeking to open up and reconfigure the already existing caste coalitions in the state. He also enjoys some support from the Kapu community along with his base among the Reddys of Rayalseema region – regarded as the home turf of his father, YS Rajashekara Reddy.

This, along with Naidu’s promise regarding the deputy CM posts, somewhat exposes his anxiety about probable losses. While Naidu enjoys a stable base of support and is assured of a certain number of seats across the state, especially in Krishna and Guntur districts along with parts of coastal Andhra, the concern is more about those few votes and seats that could produce the winning or losing margin.

In conclusion, two arguments can be made. While the fight for power in Andhra Pradesh is full of complexity, this election has seen a light shone on hitherto less well-known communities, and any victory for them would augment the inclusiveness quotient of the state’s representatives. Furthermore, the potential of such inclusive regional identities would be to contain the dominance of the BJP on the one hand, and to bring more focus onto regional issues on the other.

*The Kapus are primarily an agrarian community in Andhra Pradesh forming a heterogeneous peasant caste.

Is it wise for China to build Pakistan’s largest airport at Gwadar?
Patriarchy in practice: The predicament of women in Pakistani society