Is it wise for China to build Pakistan’s largest airport at Gwadar? 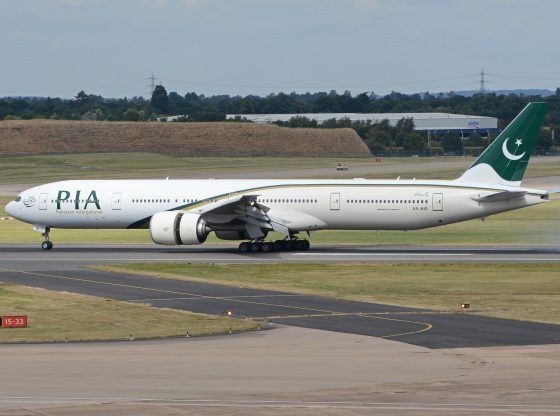 On 29 March 2019 Pakistan’s Prime Minister Imran Khan and the Chinese Ambassador to Pakistan Yao Jing laid the foundation of the New Gwadar International Airport (NGIA). Situated at a distance of 26 km from Gwadar Port, NGIA will be the largest airport in Pakistan in terms of area (4,300 acres) and only the second airport in Pakistan which can accommodate the landing of Airbus A380 and Boeing 777 aeroplanes.

The Chinese are financing this project to build a large airport in Gwadar with a grant of US$230 million, and it is due to be completed in three years.. The airport will provide air connectivity with China’s principal investment in Gwadar, i.e. the port. However, the critical question is: why is China funding construction of Pakistan’s largest airport in a city of just 85,000 people?

It seems that the government of Pakistan has pinned its hopes on the success of Gwadar Port to generate air traffic demand for the New Gwadar International Airport, even though Gwadar Port has not yet achieved the level of success anticipated for it as the starting node of the CPEC

The construction of the airport in Gwadar is part of the China-Pakistan Economic Corridor (CPEC) project. Itself part of the wider Belt and Road Initiative (BRI), the CPEC is a set of infrastructure, energy generation and industrial zone projects aimed at turning Pakistan into an economic corridor. The starting point of this corridor is the city of Gwadar in southwestern Pakistan, which is also home to the Chinese-built Gwadar Port. NGIA represents a major project for the CPEC in Gwadar, and it should already have been completed. However, operational issues delayed construction of the airport for four years.

The need for a large airport in Gwadar

Gwadar is a small town with a population of 85,000, where fishing is the major component of the local economy. There is already an airport in the city called Gwadar International Airport. According to annual passenger figures for 2017–2018 released by Pakistan’s Civil Aviation Authority (CAA), 33,984 passengers used the airport in Gwadar, whereas 6.6 million passengers used Jinnah International Airport (JIAP) at Karachi, which is currently the largest airport in the country (in terms of passenger numbers).

Mariyam Suleman is an author based in Gwadar. She is a frequent air traveller and often faces the problem of flight cancellation when travelling to Karachi, located 630 km from Gwadar. She told me: ‘The existing airport in Gwadar is small, but it’s enough for the requirements of Gwadar city’. She added that most of the flights from Gwadar are not even full, despite the fact that only one flight operates a day from Gwadar to Karachi. ‘Flights to Gwadar are only fully booked when there is a [CPEC] event in Gwadar’, she said.

The planning commission in Pakistan predicts that demand for air traffic will grow in Pakistan with an annual average increase of 2.82 per cent. This means that it will take NGIA many years before it can attract passengers sufficient to its capacity. The fear that NGIA will not have very many passengers for the foreseeable future is leading to comparisons with Mattala Rajapaksa International Airport (MRIA) in Sri Lanka. People fear that NGIA could end up being a white elephant like MRIA, which will not be helpful for the people of Gwadar who are facing basic problems such as water and power shortages.

There are striking similarities between NGIA and MRIA, which was also built by a Chinese firm. MRIA was similarly purpose-built to accommodate the Airbus A380 and, most importantly, this airport was built to cater to the air traffic needs of the Chinese-built port of Hambantota in southern Sri Lanka. The latter was likewise developed with the help of Chinese loans to make it a regional hub for international trade and investment.

Built in 2013, MRIA had a few flights a week, but in 2015 almost all the flights were halted. Nowadays it is called the world’s emptiest airport because hardly any passengers use it. In December 2017, Sri Lanka handed over Hambantota Port to China on a 99-year lease after failing to repay the Chinese loans used to build it.

The fate of MRIA is causing fears that NGIA could also go the same way because its future demand projections seem to be too ambitious. At present, air passenger numbers at Gwadar are 20 times lower than Karachi. In three years’ time, when NGIA is due to start operations, demand for air travel in Gwadar will be nowhere near that of Karachi. Therefore, it is very likely that NGIA will have the same look of an empty airport as MRIA.

Afsar Malik is an aviation expert who has served in Pakistan’s Civil Aviation Authority. He told me in an interview that while NGIA might have acquired the largest piece of land in the country (4,300 acres), it will not be the largest airport in Pakistan for the time being, claiming that ‘NGIA will only accommodate 350,000 passengers per annum after its completion’. Explaining why NGIA had such a huge land area, Malik said that this had been done to meet the future development and expansion needs of NGIA for the next 100 to 200 years.

Hasaan Khawar, a public policy analyst based in Islamabad, also refutes the notion that Gwadar’s new airport will have the same fate as the Chinese-built airport in Hambantota. ‘[New] Gwadar airport is different in location [and] scope and Gwadar city has a portfolio of development projects, unlike Hambantota’, he told me.

Will demand for air travel increase in Gwadar?

Afsar Malik claims that NGIA will serve as a transshipment hub like Dubai International Airport and hence the demand for air travel from this airport will increase exponentially. ‘Once NGIA comes [on stream], Chinese airlines would be the first ones to commence operations direct from their country. They would soon be followed by low-cost carriers from the Gulf Countries’, he claimed.

Malik Siraj Akbar, a Washington-based analyst, does not agree with the assertion that air traffic demand will increase anytime soon in Gwadar. In a personal communication to this author he pointed out that ‘The governments of Pakistan and China have still not been able to convince outsiders why they should visit or invest in Gwadar’. He added, ‘Unless there is buy-in for Gwadar, it is hard to see the airport attracting passengers’. Akbar elaborated that right now, foreigners feel more at home in Karachi, Lahore or Islamabad instead of going to Balochistan, where Gwadar is located. ‘Most foreigners even do not get permission to visit [Balochistan] province because even the government mostly believes it is unsafe to visit’, Akbar claimed.

The denizens of Gwadar see NGIA as an unnecessary project for them. They believe that investment in NGIA could have been used for the socioeconomic uplift of citizens. Mariyam Suleman stated that more than three-quarters of Gwadar’s current population is involved with the fishing industry, which is being affected by the CPEC’s Eastbay expressway project. In a personal communication she told me: ‘Airports are not even the concern for the common people of Gwadar for now. If they ever get to travel out of Gwadar, often for medical purposes, bus transport is what they use’.

The success of the airport is linked with Gwadar Port

It seems that the government of Pakistan has pinned its hopes on the success of Gwadar Port to generate air traffic demand for the New Gwadar International Airport, even though Gwadar Port has not yet achieved the level of success anticipated for it as the starting node of the CPEC. Currently, Gwadar Port has only three berths, as compared to 10 at Chabahar Port and 67 berths at Jebel Ali Port in Dubai. Shipping activity in Gwadar Port has not yet really kicked off, but if the port does not become established as a trade hub, then NGIA airport cannot be successful in developing air traffic demand.

Akbar argues that the success of not only the airport but every major investment that China and Pakistan are making in the region completely depends on giving the local people a share. ‘Currently, the local population looks at all the development [in Gwadar] with resentment because they see no benefits for themselves’, he lamented.

Adnan Aamir is a journalist and researcher based in Pakistan. He has written for Nikkei Asian Review, Financial Times, South China Morning Post, The News and Asia Times, among others. He was a Chevening South Asian Journalism Fellow 2018 at the University of Westminster, London.

Does China want to globalise the renminbi?
Andhra Pradesh: Common identities, caste and the elections