Patriarchy in practice: The predicament of women in Pakistani society 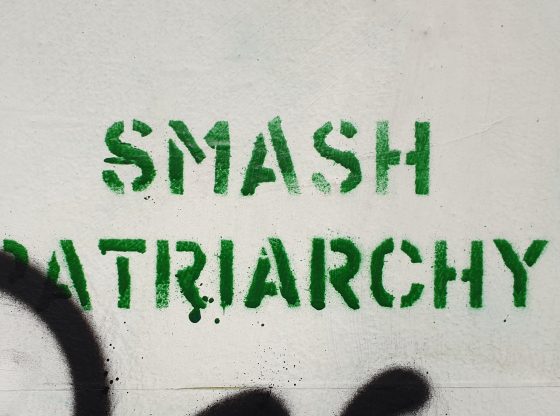 Some fourteen centuries ago, the religion of Islam pronounced men and women as being equals. It graced the most ill-treated people on earth with rights similar to those enjoyed by the self-proclaimed superior gender. Centuries later, a part of the sub-continent fought for its independence on the grounds of the religion of Islam and for its values to be practised in their true spirit. This led to the creation of Pakistan.

It is disappointing to note that even after 72 years of independence, the status of women in Pakistan vis-à-vis men is that of a mere subordinate. Women still long for and seek emancipation from the shackles of cultural norms, feudal codes and tribal and ethnic laws – all designed particularly to suit the parochial male prejudice in society. Customs such as Vani or Haque Bakshish, forced bondage or exchange and child marriage, as well as practices like honour killings, the demands of a hefty dowry and domestic abuse all clearly indicate that to be a woman in Pakistani society means to be on trial for being the ‘other part’ of mankind.

In Pakistan, the most significant problem is that religion exists in theory, but not in practice

These figures are deplorable, especially when we realise that many countries which obtained their freedom years after Pakistan have a more progressive and protective approach towards their women. In this age of science and development, when female scientists are entrusted with responsibility for making discoveries in space – capturing images of the never-before-seen black holes – women in Pakistan are still struggling for recognition.

Over the course of time many influential voices – renowned media personalities, eminent writers, poets, notable female politicians and evocative social workers – have raised their concerns about the victimised and appalling condition of Pakistani women and strongly advocated the safeguarding of women’s rights in Pakistan. These activists braved the dark period of the Zia-ul-Haq regime and its programme of Islamisation. They stood against the radical un-Islamic views of the mullahs and the stagnant thinking of the tribal lords.

The late Asma Jahangir is one such human rights activist. Today, whatever small liberty women enjoy in the conservative society of Pakistan is due to the struggle of people like Asma. However, the question still arises: Why, despite all the laws and all the struggles, is the circumstance of a Pakistani woman so disgraceful and discriminatory?

Here lies the real predicament. Whether it is the military regime or the democratically formed government, both have failed to address the most fundamental issue, which is women’s education. It is the pest of illiteracy, ignorance and being ill-informed that has prevented Pakistan from moving towards full development, especially in regard to women.

Take for instance the case of African American women. Nobody else on earth has faced such degradation for being both a woman and a slave. They were considered as nothing, and the most inhumane form of treatment was meted out to them. In the literary works of Toni Morrison and Joseph Conrad one finds expression of the ordeal of women slaves.

So what changed their condition? It was primarily their power of learning, their wisdom in recognising their importance and their decision to stand up for themselves that paved the way for African American women to enter into the palaces, even the Senate. Today, some of them have even been recognised as the most influential people on the planet according to the Forbes list.

Returning to the predicament of Pakistani women, it is high time that they stood up with each other, playing their part in equipping their fellow citizens with adequate knowledge about their basic rights, as granted to them by their religion and also by the state.

The Holy Quran stresses that ‘women too have rights over men similar to the rights of men over women (2:228)’. Such was the practice of the Holy Prophet (blessings be upon Him). He clearly states in his most famous and most extensively quoted  Last Sermon the importance of being kind to women, taking care of their rights and being caring towards them.

This was also the ideology of the founder of Pakistan, Muhammad Ali Jinnah, who emphasised  as follows: ‘No nation can rise to the height of glory unless their women are side by side with them… It is a crime against humanity that our women are shut up within the four walls of the houses as prisoners. There is no sanction anywhere for the deplorable condition in which our women have to live.’

In the context of Pakistan, one can say that the most significant problem is that religion exists in theory, but not in practice. The essence of the Islamic principles has been lost in the propaganda of the so-called religious clerics and preachers. Being ignorant of the message of Islam, they make it customary to punish women and ostracise them. It is because of their preaching that tribal, clan and village symbolism has become more dominant and convenient than the faith of Islam.

While the departments of state should be responsible for the implementation of existing laws and the provision of a secure environment, women too need to decolonise themselves from man-made taboos and patriarchal suppression. This can only be achieved if women are mindful of their rights and are empowered to make just demands. It is not the state they need to fight but the egoistic, unenlightened reasoning of Pakistani men. Come what may, the battle against this uncivilised ideology needs to be won.

Omaima Lone is a graduate of the Lahore College for Women University, Pakistan. She is a freelance researcher and women’s rights activist based in Lahore, Pakistan. She can be reached at lonestella@hotmail.com.

Andhra Pradesh: Common identities, caste and the elections
Indian elections 2019: women candidates to watch out for