Feminism and power in the postcolonial societies of the subcontinent 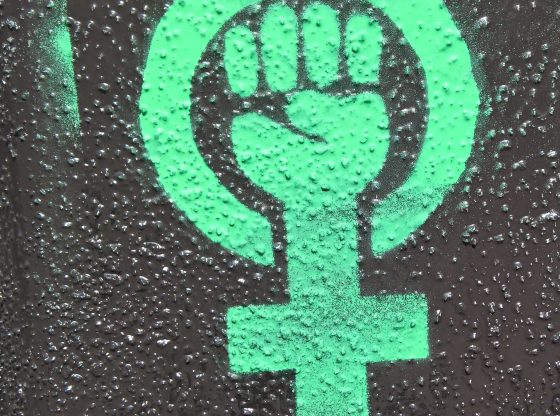 Feminists are concerned about women being subjected to power apparatuses, which are used even in the so-called liberal world. And still today in the developing world, power is used to silence women with diverse methods, especially in the context of the subcontinent. Sometimes the power of culture and tradition is used to curb the female voice, at other times oppression is wielded in the form of patriarchal hegemony and sex discrimination.

In postcolonial societies men are adept at using power over women since the legacy of colonial power is present throughout the society. Thus the issue of power and feminism seems persistently interconnected in the subcontinent. One needs to understand this significance of power and its dynamics in a society like Pakistan, which is highly patriarchal and invests the male with unbridled power over women in all spheres, taking advantage of religious misinterpretation and culture.

Power is understood largely as a coercive phenomenon since it works in relation to people being dominated through it. Power cannot be ignored, as it is an essential phenomenon of social life. As power is exercised in patriarchal societies through the male, women become easy targets because both socially and politically they are forced into silence.

The social context of the subcontinent is riddled with the legacy of power operating through the postcolonial male, who is analogous to the white male of colonial times. The native male now has the freedom to exercise his will and power, having previously been required to submit to the colonialist male, and so now he assumes the same role, exercising his suppressed aggression against females in the home and society.

Thus women have become the social victims of power. In the subcontinent, a lack of enlightenment through denying education, especially in the rural and backward areas, has resulted in male oppression and subjugation through patriarchal dictums as well as cultural and social hegemonies, which are all formulated to maintain gendered power in place.

Social and physical oppression and the persecution of women is the norm in rural areas, where women are subjected to physical labour and restraint. Girls are forbidden schooling on the pretext of cultural restraints or sometimes inane excuses such as the distance from schools. The actual motive, however, is to keep females backward and dependent so that they do not have a voice. They are subjected to cultural and patriarchal hegemony and social oppression and persecution in many ways.

Chandra Talpade Mohanty, a postcolonial feminist, says that feminist concerns are not just the result of gendered power, since many factors are involved in making women socially vulnerable. Thus, as already discussed, feminist concerns are related and conjoined with historical, geographical and cultural phenomena. These factors become even more pertinent in the postcolonial context of the subcontinent. A particularly pertinent question is: why do women become the obverse victims of power trajectories, especially in the context of developing Asian countries, when in more than half the world women enjoy freedom and the right of having a voice?

The dichotomy in social values in these countries means that while a few women have recourse to voice and power, the majority, being semi-literate or unenlightened, do not have the opportunities of expression or voice to gain their rights. Sociologists and feminists have analysed this dichotomous situation around class distinction and social and economic interests in developing societies like Pakistan.

In her book Feminism Without Borders: Decolonizing Theory, Practicing Solidarity, Mohanty observes: ‘Being a woman has political consequences in the world we live in; that there can be unjust and unfair effects on women depending on our economic and social marginality or privilege. It would require recognising that sexism, racism, misogyny, and heterosexism underlie and fuel social and political institutions of rule often leading to hatred of women and supposedly justified violence against women’.

This explains very well the global gendered perspective.  Interestingly, it is not just in the subcontinent where these issues are rife; south Asian women face them elsewhere too, especially Pakistani women living outside their native context as immigrants in a multicultural world where they are not in an advantageous position.

Living in the diaspora, these women have to face further complexities of existence. Being part of closely sequestered communities, women are subjected to oppressive, subjugating power in their closed households and through the retrogressive communities which surround them, as the men believe that clinging to the past through redundant norms and cultures will perhaps keep women under control. They want their women to remain enclosed within the four walls, to retain cultural purity, and to avoid the outside Westernised world of liberal norms.

This is done very subtly. I have met women with south Asian heritage who, despite living in the UK for the last fifty years, are unable to communicate in English. Simply because male control over their intermingling was so great that they were denied exposure to the outside world, for fear of losing power over them.

In fact, it is only when you meet these women and hear their stories that you understand the reason for the backwardness of the Pakistani or Indian community in the West. Being subjected to patriarchal power, young Pakistani, Bangladeshi and Indian girls are married to illiterate cousins back home. This is a sheer irrational exercise of power, but most of the girls have to succumb to it under coercion and the threat of physical punishment. Honour killing has become a way of exercising hegemonic power over women not just in the subcontinent, but in England too, although it is far less common in England.

As per the statistics of the Human Rights Commission of Pakistan (HRCP), 737 cases of honour killing were reported from June 2017 to August 2018. These statistics do not show the actual picture, however, as many cases of honour killing are not reported by the family of the victims, and sometimes if it is unsuccessful the survivors are reluctant to report the attack, as they believe that justice will not be served.

These killings are the result of revenge by close relatives to redeem the family honour. According to the HRCP, these perpetrators of force and power usurp the law of the land, and such power-related crimes of violence against women under the pretext of honour are on the rise. The reasons range from people marrying out of choice or having illicit relations to family disputes.

Thus female subjection to power becomes a pertinent issue for the feminist in the context of a world striving to give women the right to a voice. There is a dire need in the postcolonial societies of the subcontinent for the framing of stricter laws to curb violence against women. And more than just framing them, the actual implementation of any such laws requires much more focus by the government.

Professor Zakia Nasir is the former Head of the English Department at Lahore College for Women University, Pakistan. She is a freelance researcher on gender issues and a women’s rights activist based in Lahore, Pakistan. She can be reached at zakianasir294@hotmail.com.