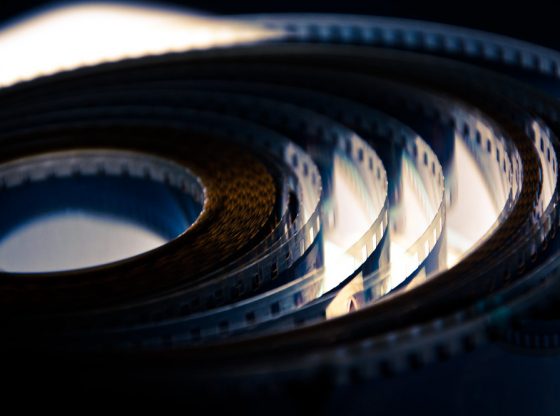 Thanks to the visibility of Nanfu Wang’s Hooligan Sparrow (2016) on feminist activist Ye Haiyan, and with her One Child Nation (2019)* about the One-Child policy currently making the festival rounds, films from China using a first-person lens are gaining much attention.

These films function at the crossroads between China’s New Documentary Movement and the ‘accented’ documentary forms that Hamid Naficy describes as being characteristic of exilic and diasporic cinema in his book An Accented Cinema. Given that women direct many of these films, often with explicitly feminist aims, techniques of personal filmmaking associated with second- and third-wave feminist cinema also inflect these efforts.

Kiki Tianqi Yu underscores the importance of this autobiographical turn for women in her essay ‘Toward a Communicative Practice:  Female First-Person Documentary in Twenty-first Century China’. Yu is herself a filmmaker from Mainland China, based in the United Kingdom.  While the films she describes in her essay centre around daughters in relation to their families, with an emphasis on the intimacy of domestic spaces, her short film Memory of Home (2009) differs from this.

Memory of Home uses a first-person voiceover to express emotions surrounding Yu’s reminiscences of China. While the voiceover, initially in Mandarin and then briefly switching midway to English, reflects her presence in Britain, many of the images show the camera’s perspective on street life in China, thus splitting her consciousness in an example of accented cinema’s fractured ‘strategies of multiplication and doubling’, as described by Naficy. Yu’s film thus points to another current in Chinese women’s first-person filmmaking, which involves the experience of migration as creating what WEB DuBois, in a different context, calls ‘double consciousness’.

The prolific Guo Xiaolu, who writes novels and directs narrative fiction films as well as documentaries, provides another example of the diasporic voice of China’s younger generation of filmmakers.  Coming from Zhejiang, after attending the Beijing Film Academy she settled in the UK and studied filmmaking there. Her fiction feature She, A Chinese and its non-fiction companion Once Upon a Time Proletarian (both 2009), taken together, look at the complicated journeys undergone by many as they move within and outside of Mainland China. Although, as the films’ titles imply, these are third-person rather than first-person narratives, the autobiographical resonance in both cases brings Guo within the orbit of Chinese women directors who draw on their personal experiences to structure their films

Hong Kong filmmaker Yau Ching, who studied at the New School for Social Research in New York as well as the University of London, has made short films which exemplify Naficy’s emphasis on the epistolary form as central to exilic and diasporic first-person filmmaking. These include Is There Anything Specific You Want Me to Tell You About? (1991) and a series of Video Letters (1993).  Around the same time, Taiwan filmmaker Chien Wei-Ssu, who graduated with a master’s degree from Ohio State University, made the experimental documentary A Woman Waiting for Her Period (1993), which uses the first-person address to examine women’s bodies and sexuality.

Chinese American media artist Valerie Soe’s autobiographical Beyond Asiaphilia (1997) moves from the perspective of the sojourner to that of the minority citizen to examine her own perspective on Hong Kong cinema as well as her position within American society, as she explores the relationship between race, gender and popular culture. In her more recent piece, Love Boat: Taiwan (2019), she draws on her own student experience to reflect on the phenomenon of the youth study tour in Taiwan for expatriate Chinese from the Republic of China and the Chinese diaspora elsewhere.

Mainland Chinese documentarist Zhang Weimin, who studied at Ohio University, inserts herself into her film House of Spirit (2001). This is a biography of Shao Fang, who apprenticed under American architect Frank Lloyd Wright in the 1940s and subsequently settled with her architect husband in the United States.  Similarly, Mainland-born and Hong Kong-based S. Louisa Wei, who studied filmmaking in Canada, embeds the story of her own difficulties in making the film Golden Gate Girls (2013) into her biography of the pioneering Chinese American-Hong Kong filmmaker Esther Eng.

Beijing-born Joanne Cheng, who trained in journalism in China before studying film at the University of Maryland-College Park, weaves herself into several of her documentary portraits of women in China, including Golden Lotus: The Legacy of Bound Feet (2006), which focuses on the artisanal and cultural production surrounding women in rural China.

Angie Chen, born in Shanghai and raised in Taiwan and Hong Kong, completed her Master of Fine Arts at UCLA.  Chen has made both commercial features and documentaries, and she was honoured at the 2019 Far East Film Festival in Udine in Italy for her lifetime achievement in cinema.

Chen inserts herself into One Tree Three Lives (2012), which is primarily a portrait of writer and pedagogue Hualing Nieh Engle. With the help of her husband Paul Engle, Hualing Nieh Engle established Iowa City’s International Writing Programme, which has nurtured talented authors from around the world since the 1970s. However, Chen’s documentary also functions as a vehicle for a reunion with the filmmaker, who had been close friends with one of Hualing’s daughters, hence biographical and autobiographical elements are intertwined.

In all of these cases, as well as in Nanfu Wang’s portrait of Ye Haiyan in Hooligan Sparrow, women filmmakers include their own stories as female media artists in the biographical sketches they present on screen.  In many instances, these directors see their own transnational journeys and personal struggles reflected back at them through their subjects’ lives.

Taiwan-born Shulea Cheang’s web-based portrait Brandon (1998–99) can also be included in this category, since Cheang explores through it the intersection between autobiography and biography in the service of a feminist/queer project based around – but extending beyond – the tragic death of female-to-male transgender hate crime victim Brandon Teena. Cheang’s digital portrait of Teena highlights the urgency of making the cross-cultural links between the personal and the political salient for viewers globally.

This transnational political impulse characterises other films as well. Clara Law – born in Macau, raised in Hong Kong and educated in London – functions as a first-person protagonist in her documentary Letters to Ali (2004). A biographical portrait of Trish Kerbi, a human rights activist trying to free a young asylum seeker from detention in Australia, Letters to Ali also charts Clara Law’s growth as an activist in her adopted home of Australia.

For many of these women filmmakers, first-person narration does more than lend authenticity to autobiographical material; it brings them into the film as actors taking an explicitly feminist stance towards their subjects.  In fact, in Letters to Ali and many other accented first-person documentaries by women in the Chinese diaspora, the personal journey of the filmmaker becomes part of a political awakening that transcends their individual experience.

*The original title was Born in China.

Professor Gina Marchetti is Director of the Centre for the Study of Globalisation and Cultures at the University of Hong Kong.

India election: how Narendra Modi won with an even bigger majority
The global failure of cinematic soft power ‘with Chinese characteristics’