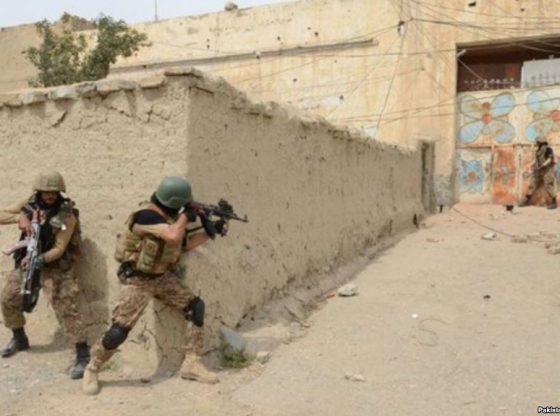 Pakistan’s tribal belt is bracing itself for a transition to non-violent political expression after decades of militancy and terrorism. Once termed the most dangerous place in the world by US President George Bush, Pakistan’s tribal districts (the erstwhile FATA, or Federally Administered Tribal Areas) are now experiencing a non-violent form of political agitation which is being led by 26-year-old Manzoor Pashteen, a founding leader of the Pashtun Protection Movement (or Pashtun Tahafuz Movement – PTM).

The PTM is resisting the narrative of political and religious violence through peaceful and democratic means. This rights movement has gained unprecedented popularity in the tribal districts as well as among all the ethnic Pashtuns of Pakistan.

The emergence of non-violent politics is unique in the region, given the decades-old culture of militancy

The sudden rise of the PTM is surprising, in the sense that the tribal districts have only known political violence and militancy for the past few decades. Political violence had seeped deep into the socio-political and economic fabric of the tribal belt. However, the militancy is largely over at last, thanks to the successful operations of Pakistan’s military. Although there are still sporadic incidents, the area is now largely under the writ of the government.

FATA has been through some turbulent times during its modern history, and its most recent past can be divided into three phases.

Before the Afghan War of the 1980s, FATA was administered by the federal government as a separate entity through the infamous Frontier Crimes Regulations (FCR), a legacy of the British Raj. Under the FCR, tribal people were not entitled to legal or political rights. They could not vote in elections and nor could they have a say in any policies regarding themselves.

The government’s Political Agent was the sole ruler in each tribal agency (district), and he ruled with an iron hand. He could award collective punishments to tribes for failing to curb crimes in their territories and he could put anyone in jail for any or no reason at all, without them having a legal right of appeal.

The Political Agent ruled with the help of the tribal Jirga (Assembly of Elders) which was constituted by tribal elders selected by the government. The Jirga included no representation of youth or women and membership was hereditary. As a result, FATA also suffered economically. The literacy rate was the lowest in Pakistan and the level of female education was almost zero.

The era of Jihad

The Soviet intervention in Afghanistan in 1979 turned FATA into a launching pad for militants of Afghan, Pakistani and foreign origin to fight in Afghanistan. The narrative of Jihad was introduced by the government as state policy and tribal agencies were used as ideological and operational training camps for international Jihadis. The project had the support of the US and other Muslim states as well.

The Afghan Jihad changed the social, political and economic structure of the tribal belt. On the one hand, the once powerful tribal elders now had other competitors in the shape of Islamic ideologues and militant organisations, which altered the power equation in the region. Meanwhile, the influx of foreign fighters and funds changed the economic situation, as a kind of war economy took shape. The region also saw a mushrooming of religious madrasas (schools). The trend continued until the 9/11 terror attacks in the US in September 2001.

Following 9/11, Pakistan decided to side with the US and turned against its proxy Jihadi groups. The ensuing war on terror was resisted by militant groups such as Tehrik-e-Taliban Pakistan (TTP). The government had to conduct several operations against them, with limited success. It was the first time the Pakistani army had stepped into the tribal areas and it took the government almost a decade and half to defeat TTP and its allies and deny them any physical presence.

However, the military operations – especially that of Zarb-e-Azb – required people in Waziristan Agency to leave their homes behind and relocate to other places. Over 5 million people were displaced due to the operations in Swat and the FATA region. The return and rehabilitation of these displaced tribes is still a huge challenge for the government today.

During this period, the traditional tribal structure totally collapsed. The Jirga system was rendered toothless by the powerful TTP and hundreds of tribal elders were killed by targeted assassination. With the ouster of the Taliban, Pakistan’s armed forces then took on the mantle of control, but the tribal people were left disenfranchised, uprooted, disillusioned and economically bankrupt.

The tribal Pashtuns therefore had no say in the affairs of their land while they suffered at the hands of the terrorists and the army’s military operations. Fear had gripped the people and there was nobody to voice their views. Privately, they blamed the government for introducing a militant form of Islam into their region and consequently they believed that both the government and the Taliban were two sides of the same coin.

The rise of non-violent resistance

After decades of militancy, conflict, devastation and dislocation of the tribal people, in 2018 the government merged the tribal areas as districts within the Khyber Pakhtunkhwa (KP) province, thus giving them full rights like any other part of the country. The process of merger will take some time, but already the merger has been greeted by most of the political and military elite.

FATA has a population of over five million where youth constitute the major portion. These young people were born and raised during the conflict with little professional training or any hope of employment. Their frustration culminated in the creation of the PTM, which openly counters the narrative of militancy and terrorism and does not shy away from pointing the finger at Pakistan’s powerful army concerning its policies and operations in the region.

The PTM demands the free and fair trial of the missing persons which it claims have been abducted by the intelligence agencies of the Pakistani army. It also demands the clearing of landmines in tribal districts, an end to Pashtun profiling, and for the Pakistani army to stop harbouring the ‘good Taliban’ (i.e. those militant groups largely active in Afghanistan and Kashmir that pose little harm to Pakistan) for its own ends. While Pakistan’s military and political leadership concede that some of these demands are genuine, they also accuse the PTM of being used by foreign countries against the interests of Pakistan.

The PTM’s non-violent agitation is based on the political philosophy of Mahatma Gandhi, Abdul Ghafar Khan and Martin Luther King. The emergence of non-violent politics is unique in the region, given the decades-old culture of militancy. And it is not without some success. The growing popularity of the PTM has attracted Pakistani liberals and other oppressed communities. Thanks to the PTM’s agitation, several missing persons have been freed, landmines are being cleared and army checkpoints on the roads have been reduced.

If peaceful politics and the rights movements are not given any space in Pakistan’s polity, the frustration of the youth may give way to violence once again.

Sri Lanka’s port development and the role of the BRI
India election: how Narendra Modi won with an even bigger majority