The global failure of cinematic soft power ‘with Chinese characteristics’ 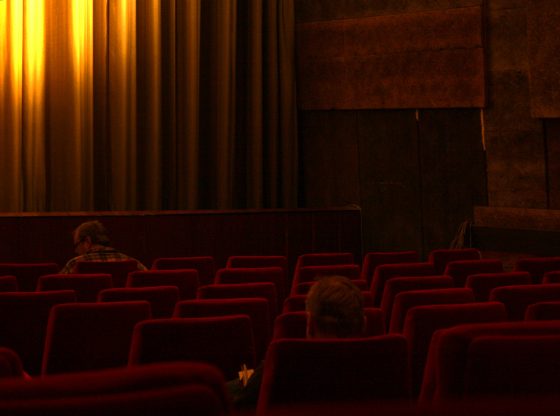 Image Credit: At the Cinema by Blondinrikard Fröberg/Flickr, Licence CC-BY 2.0.

Traditionally, imperial China deployed state Confucianism as its ultimate soft power trump card to ‘civilise’ most of its Asian neighbours who, based on the degree to which they adopted Confucianism, advanced from barbarian to civilised status. This Sinocentric perspective positioned China as above and beyond all other civilisations because it was the birthplace of Confucius in a vertical system, with China uncontested at the apex.

This paradigm was crushed when the British Empire rejected China’s gift of Confucianism during the Qing dynasty by exercising the horizontal concept of Westphalian sovereignty, first established in 1648, when the British delegate refused to kowtow to the Son of Heaven. Since then, Confucianism has continued to lose its relevance as China’s soft power champion both within China and internationally.

Instead of hardening its soft power approach, China should adopt a softer approach to soft power

Communist China singled out Confucianism as the number one feudal opiate that prevented China from retaining its global leadership status. The current promotion of Confucian Institutes globally has not convinced other civilisations to become more Confucian, especially since communist China has such an ambivalent if not schizophrenic relationship with it.

China’s meteoric rise since the implementation of Deng Xiaoping’s reforms in 1978 – mainly economically but also militarily and to a lesser extent culturally – positions China as the reawakened dragon with renewed international ambitions. Foremost among these is the assertion of Chinese exceptionalism and its demand for respect of its own traditions as a counter to the Western established world order.

On the cinematic front, it is a question of when, rather than if, China will surpass America to become the most lucrative national film market. For Hollywood this means it is now economically obliged to kowtow to Chinese censorship demands so that its films can be screened in China – its number one overseas market, especially for blockbuster Hollywood films. Only China can rescue a Hollywood film when it bombs domestically, with Warcraft being the most prominent example to date.

China has used a strategy of co-production to learn from Hollywood and Hong Kong in order to create its own domestic versions of the successful blockbuster film. Wolf Warrior 2, Operation Red Sea and The Wandering Earth are three recent examples. However, what is important when looking at the global box office take for these three films is that less than 2 per cent of it is earned outside of China. For Hollywood, the overseas box office contributes anywhere between 50 per cent and 90 per cent of the total gross earnings.

This means that Chinese blockbusters remain exclusively a China-only endeavour, since even its former Asian neighbours who fall within the Confucian circle reject screening these films. Even in Hong Kong, which has been a Special Administrative Region (SAR) of China since 1997, the audience remains lukewarm – even when Hong Kong is an official co-production partner.

A comparison between The Wandering Earth and Avengers: End Game highlights this disparity between China’s Sinocentric approach and Hollywood’s global embrace. The Wandering Earth shattered China’s box office record, earning USD 692 million domestically. Alas, it was released in only five territories for a total extra USD 8 million, or just over 1.2 per cent of the film’s global take of USD 700 million. It performed best in America, reaching USD 5.9 million, or just 0.8 per cent of the global total. The film was then picked up by Netflix, which saved the film from losing further face as a failed global box office blockbuster.

By contrast, Avengers: Endgame grossed USD 2.5 billion globally, more than triple the amount reaped by The Wandering Earth. America accounts for 29.2 per cent of this total with China contributing 23.8 per cent. China is by far the best performing overseas market, contributing USD 601.6 million or 33.5 per cent of the overseas box office. The film was screened in a total of 55 overseas markets and these numbers will continue to increase until the film completes its initial run. The film triumphs as a global blockbuster since 70.8 per cent of its earnings have been gained outside of America, as can be seen in the tables below (showing the box office take in USD and as a percentage of overall earnings; markets comprised within the Foreign totals in parentheses).

China’s film industry is impeded by the rigidity of its government censors who insist on a pro-China nationalist agenda. However, the censors are merely replicating the tastes and needs of the Chinese Communist Party (CCP), which is not at all in tune with global norms. Under Joseph Stalin, the USSR and the Warsaw Pact countries had the benefit of Chapayev as the model socialist realist film that everyone could emulate successfully. In present-day China there is no Chapayev ‘with Chinese characteristics’.

China operates with an inferiority complex based on its century-of-shame narrative, without offering something compelling either for itself or the outside world to replace the power that Confucianism used to exercise. Yakov Smirnoff once joked: ‘In America, you can always find a party, but in Russia the Party always finds you’. This joke has since been updated with the line: ‘And in China, you can only party “with Chinese characteristics” ’.

The term ‘with Chinese characteristics’ has not itself been explicitly defined, however. Merely stipulating that all things Chinese be portrayed in a positive light is just an extension of state propaganda and something that overseas filmgoers will recognise for what it is. While the Chinese may be required to be loyal to their state, this same obligation does not work elsewhere.

This approach does not create any allure or desire to become culturally Chinese and it is the very opposite of Hollywood’s soft power approach. Hence, while many people are enticed by American culture, very few are enticed by Chinese culture in the same way. Unlike the exportable American Dream, the Chinese Dream is only for the Chinese. This is the ultimate failure in China’s soft power approach when it comes to its cinema.

In contrast, there have been three Asian historical alternatives to this. Hong Kong’s 1972 global kung fu craze is a Chinese-specific example. That year, Five Fingers of Death captured the top box office spot in the United States, but it would be Bruce Lee’s kung fu films that would define this worldwide film event. For the very first time, becoming Chinese was profitable and received global cultural panache.

South Korea’s hallyu is a more recent example. Traditionally, South Korean cinema was an inwardly directed endeavour. Unexpectedly, the opening of its film market to direct Hollywood film distribution brought with it the renewal of its film industry and repeated majority command of its domestic box office, despite Hollywood incursions.

South Korea created Hollywood-styled Korean blockbuster films, starting with Shiri, as well as films that were willing to critically address the repressed traumas of its national past, such as The Attorney. By doing so, it became an even more compelling and inclusive national cinema for the people, of the people and by the people. This in turn made it more internationally desirable, profitable and significant. The power of hallyu to become a global sensation, even in China, is an Asian success story of soft power in action. It stands as a foil to the present-day Chinese model.

The film Crouching Tiger, Hidden Dragon, released in 2000, serves as that rare Chinese co-production that captured both commercial and artistic accolades in China, America and overseas, but it has not been replicated by a more recent film. The key to cinematic soft power resides in awakening desire rather than dictating it. Instead of hardening its soft power approach, China should adopt a softer approach to soft power. By doing so, China will be able to shift from the fear of losing face to the courage of enhancing face.

Dr Aaron Han Joon Magnan-Park is an Assistant Professor in the Department of Comparative Literature at the University of Hong Kong. He specialises in poly-Asian cinema with a focus on Hong Kong action and contemporary South Korean cinema.

First person, second language: Autobiographical documentaries by women in the Chinese diaspora
The human-animal connection in Chinese cinema: Jia Zhangke as an example