The human-animal connection in Chinese cinema: Jia Zhangke as an example 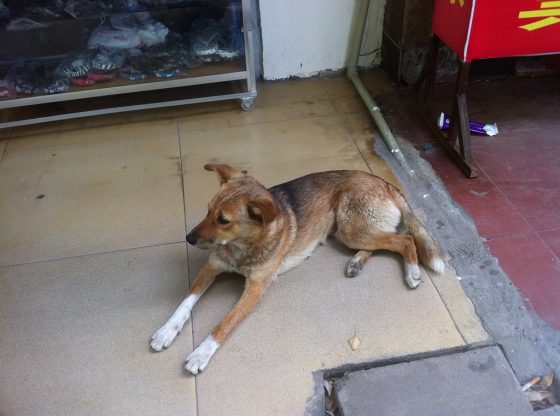 Environmental issues have become an increasingly important topic for scholars and artists in Mainland China, where the quest to become the world’s dominant economic power has resulted in pollution, exploitation of the countryside, and unrestrained urban development.

Recent documentaries have exposed these destructive effects at both the individual and collective levels. Prominent examples include Chai Jing’s Under the Dome (2015), Wang Jiuliang’s Beijing Besieged by Waste (2011) and Plastic China (2016), and Jia Zhangke’s Smog Journeys (2015). These works convey the alarm of Chinese people confronted with the consequences of the unprecedented speed of development in post-socialist China.

The national pride associated with the striking rise in GDP and increase in exports is built on a rural-urban imbalance that has damaged both the human and non-human world. By focusing on the consequences for the non-human world, these filmmakers insist on the interconnectedness of humans with all other living things. This focus also reflects the growing interest in animal rights. Studies have been written exploring the commonalities of people and animals: do animals feel and suffer like humans? Do they share a similar language system?

Rather than merely projecting human desires onto animals, Jia’s films suggest that all species share both the threat of confinement and the potential of escape

Chinese filmmaker Jia Zhangke, who has earned international fame for his realistic depiction and sensitive handling of the everyday struggles of Chinese citizens, also responds to this issue through his creative works. In The Condition of Dogs (2001) and A Touch of Sin (2013), Jia critiques the general conditions of post-socialist China and offers an alternative vision via the intricate relationship between humans and animals. While Jia’s later films are marked with the introduction of satirical surrealistic elements (for example, the building that becomes a rocket and the bizarre appearance of a tight-rope walker in the 2006 film Still Life), animals remain a realistic presence, reminding the audience about the essence of survival.

In response to an invitation to make a work about the human condition, Jia produced a six-minute documentary entitled The Condition of Dogs (2001). It presents an outdoor market where small puppies are put into a sack and surrounded by men chatting in the local dialect. It is not clear whether these puppies will be sold or abandoned. The camera focuses on one of the puppies struggling within the sack, managing to tear a hole, and popping its head out. Chen Hong notes that ‘The use of long takes effectively brings out the sense of helplessness that one observes in the puppy’s vague look which one also understands as the all-too-real and general condition of dogs in today’s China’.

This sense of helplessness is shared by Jia himself, who experienced a similar struggle as a filmmaker in China, forced to negotiate between art and politics. A striking image in the documentary is the continued presence of the shadow over the sack where the puppies are held. In the cacophony of talking humans, barking dogs, laughter and the sounds of nature there are undercurrents of uncertainty: what should we be listening to? When all the voices and noises are so mixed and overlapping, they become equivalent; no one sound stands out from another.

While the visual effects of the film suggest the predominance of man, the sound effects suggest something more conflicted and complex. The little puppy’s head, captured by Jia’s camera, seems to be a strong force. Its silent gaze, while curious and confused, is empowered with an agency that refuses to be identified as just another barking puppy blinded by the sack or to accept its destiny as determined by the human species. This assertion of difference prefigures the theme of a later feature film, A Touch of Sin, where animals are given a more dominant presence and role.

A Touch of Sin tells four overlapping stories and ‘resolves itself into a circular structure – closing, as it began, in Shanxi Province with the rapacious expansion of the Shengli Corporation’ (Rayns). The first story is an account of how a villager from Shanxi province, Hu Dahai, fights against a corrupt village chief intent on selling the village coal mine to the private Shengli corporation and robbing the villagers and workers.

The polarisation between the rich and poor and the urban and rural is taken up again in the second story, which deals with a roaming thief, Zhou San, who steals and kills just to escape the boredom of his increasingly destitute hometown. In the third story, Zhang Xiaoyu, a receptionist at a sauna, is slapped and insulted by the vengeful wife of her lover, and then further humiliated by customers who demand sex.

The final story deals with a migrant worker, Xiaohui, who travels from place to place looking for a position in China’s neoliberal economy, only to discover that freedom, be it material or psychological, is merely a dream. Brutal violence and death link the four narratives.

Rather than providing its audience with an answer or a ‘final form’, A Touch of Sin ends midstream. We do not know how the protagonists end up; we leave them in the process of becoming. They want to catch up, but with what?

The protagonists are affected by the suffering of the animals they encounter and strive to save them (Dahai kills the brutal owner of the horse; Lianrong, the girlfriend of Xiaohui, frees the goldfish in the bag). The film shows the horse galloping away, the cattle freed from the truck, the snake swiftly escaping the perils of the expressway after Xiaoyu kills the two men who insulted her, and the goldfish returning to the lake.

All of these images of freedom and agency can be interpreted as the consequence of human mercy, but they also represent the life that the protagonists would like to have themselves: to ‘become animal’, to be free. Jia contemplates man and animal by juxtaposing their fate. Who is more free? It is suggested that it is still possible for the protagonists to become other, to become someone or something different.

The portrayal of animals in The Condition of Dogs and A Touch of Sin suggests a nuanced partnership between man and animal. On the one hand, animals are the channels by which humans undergo ‘becoming’ – the experience of crossing a threshold. Humans recognise the shared vulnerability of human and non-human existence. On the other hand, the animals themselves experience a similar rupture and display a degree of agency that is admired by humans.

Rather than merely projecting human desires onto animals, Jia’s films suggest that all species share both the threat of confinement and the potential of escape. Becoming does not presume a final form and hence possibilities are opened up. In this respect, Jia’s films reflect current conditions in China, where entrapped Chinese people are moved to acts of violence and the processes of shame and love can bring about change – for better or for worse.

Dr Winnie L.M. Yee is Professor of Comparative Literature and Programme Coordinator of the MA in Literary and Cultural Studies at the University of Hong Kong.