Modi and the global rise of religious nationalism 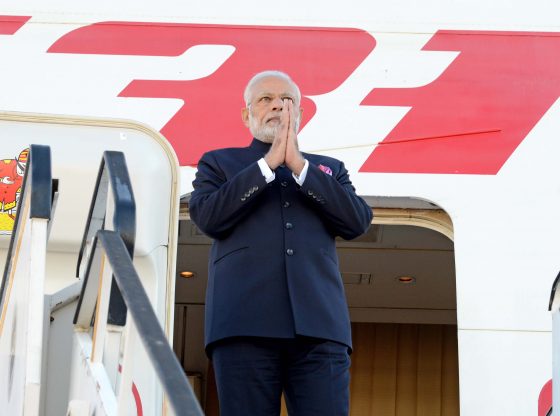 One strand of the success of Narendra Modi and his Bharatiya Janata Party (BJP) in India’s recent elections was undoubtedly his trumpeting of nationalism. Echoing Donald Trump in the United States, Modi promised to ‘make India great again’.

Implied in this national greatness is a celebration of what is thought to be special about one’s national culture. Religion is a part of that equation; often a large part. In the United States and Europe, this redounds to suspicion of non-Christians, especially Muslims, and the question of whether they can be full members of a nationalism conceived in part in cultural terms.

To some extent, the same suspicions are inherent in the cultural nationalism that is associated with Modi and the BJP. In India, as elsewhere in the world, a cultural xenophobia is on the rise, and associated with it is the Hindu, Christian, Muslim, Buddhist, and other religious nationalisms that are sweeping places around the world.

Because this is a global phenomenon, it raises the question of whether these nationalisms are related in some way to globalisation. But therein lies Top of Form a paradox.

Superficially it appears that globalisation is bringing us closer together. Globalisation is marked by rapid mobility of peoples, mass migrations, the proliferation of diaspora cultures, and a transnational sense of community facilitated by internet relationships.

Yet religious nationalism flourishes in this global environment. Are these forces — globalism and nationalism — working against each other, as the common wisdom goes, or are they somehow encouraging each other?

Is it possible to see these quests for local identities and new nationalisms not as anomalies in the homogeneity of globalisation, but as further examples of its impact. In many cases, the new ethnic and religious movements are direct reactions to globalisation — a fear of the ‘new world order’, as some patriot movements in the United States have put it. Such movements express angst over the loss of identity and privilege in a world that is rapidly becoming multicultural.

Many of these religious nationalist movements are also responses to a perceived failure in secular nationalism. Though the European Enlightenment touted secular nationalism as the most just and progressive form of political organization for the modern world, this vision is an empty promise in many places. The global political standard—the secular nationalisms of Europe and the United States — look more like vestiges of European colonialism in parts of the developing world.

From Egypt to India, new nationalists have criticized secular leaders for ignoring their cultural heritages and attempting to create imitations of European and American politics for their own gain. The corruption and inefficiency of many of these governments in formerly colonial states does little to assure their citizens that this secular model actually works in their interests. An exasperated follower of the Islamic State in Iraq said to me, ‘What have we gained from being a secular state?’

This sense of despair over the failures of secular nationalism comes at a time when it as an institution has already been weakened by global forces. Instant, worldwide communication, the erosion of traditional economic boundaries, and the easy mobility of populations across national lines have put secular nation-states under siege.

That vulnerability of the nation-state, in turn, has been the occasion for new ethnoreligious politics to step into the breach and shore up national identities and purposes.

These ethno-religious politics come in many forms. Some, like the Islamic State, are violent and extreme and reach across national borders often through the vehicle of cyber networks. Others, like some Christian nationalists in the U.S. and Hindu nationalists in India, work within the electoral system while they disparage religious minorities and rail against the ‘new world order’. In each case, however, while activists may dislike the globalisation that has weakened the secular nation-states, it is often that very same global cyber networks that has given the ethno-religious nationalists the opportunity to organize on a broad national and transnational scale.

Our current global era is full of ironies and ambiguities, and these movements of new nationalism and transnationalism are good examples. Though they may appear at first glance to harken to premodern forms of provincial politics, they are in fact postmodern creatures of the global age. Sometimes they align with parochial nationalism and sometimes with more transnational ideologies. But in both cases, they stand in a very uneasy relationship with the globalising economic and cultural forces of the 21st century.

Mark Juergensmeyer is a Distinguished Professor of Sociology and Global Studies. He is the Founding Director and Fellow of Orfalea Center for Global and International Studies, University of California, Santa Barbara. He Tweets @juergensmeyer

The human-animal connection in Chinese cinema: Jia Zhangke as an example
Militarising the police, constabularising the military: Insights on Philippine public safety and security strategy