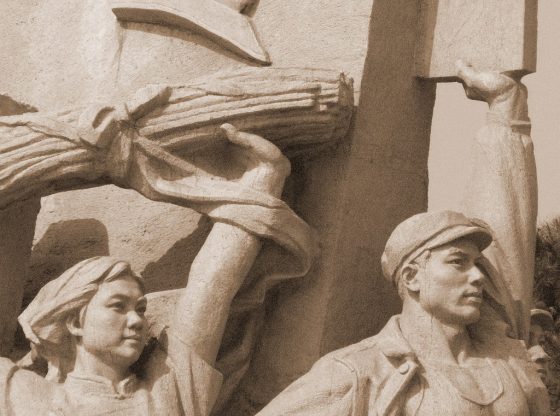 This year marks the thirtieth anniversary of the Tiananmen Square massacre, a major event that changed the trajectories of China and the rest of the world. By crushing the democratic aspirations on 3–4 June 1989, China’s rulers averted the dismal fate that later befell their East European comrades. Thirty years ago, the world did not expect that a compromised autocracy which had suffered a near-death experience would eventually grow into a prosperous and militant superpower ready to rewrite the rules of the global order.

But what was the reaction in Taiwan at the time and how did Taiwan’s political leaders respond to the tragic dénouement of the democratic movement in Beijing?

By the early summer of 1989, Taiwan’s 38-year martial-law rule had already been lifted, thereby initiating the process of political liberalisation. The opposition had successfully organised the Democratic Progress Party (DPP) in 1986, but it was not ready to embrace a call for Taiwanese independence; such advocacy was still legally deemed as high treason and punishable with the death penalty.

The removal of restrictions around visiting or trading with China allowed the Taiwanese a degree of awareness of the activism in Beijing that had started in mid-April. In late May, some Kuomintang (KMT) politicians organised rallies to demonstrate their solidarity with the Beijing students. On the evening of 3 June, a mass rally was held at the Chiang Kai-shek Memorial Hall, but the event was brought to an abrupt end when the speaker, who was on the other end of a telephone line, announced that soldiers had opened fire in Beijing.

When the Tiananmen Incident took place, the ruling Kuomintang was convening its party congress and many of its delegates joined the solidarity rally at the Chiang Kai-shek Memorial Hall. This group included Ma Ying-jeou, who later emerged as the party’s rising star – partly because of his persistent championing of the Tiananmen movement. Afterwards, the KMT decided to host a series of large-scale events to honour and mourn the Tiananmen victims: one mass rally in Taipei on 4 June, three rallies in Taipei, Taichung and Kaohsiung on 5 June, and a student rally in Taipei on 10 June.

At that time, Lee Teng-hui succeeded to the presidency and the party chair, and he was surrounded by the mainlander old guard who mostly saw Lee as a transitional placeholder. The senior mainlander faction apparently saw the wave of democratic movements in China as a belated vindication of their ideological belief that the Three Principles of the People offered a better alternative to communism.

Some even ventured into unusually militaristic language. Yu Kuo-hwa, who had stepped down from his premiership just a few days before, announced that previously he had concerns about taking action because it would have created an excuse for the communists to repress the students. ‘Now these worries are gone, we should launch actions so as not to lose the golden opportunity of recovering our nation and expelling the communists.’ Lee Huan, the new premier, promised to aid the Chinese people in their uprising if civil war broke out.

In contrast to these bellicose pronouncements, Lee Teng-hui sounded more cautious. While condemning the Tiananmen atrocity and reiterating his commitment to a unified China, Lee contended that Taiwan should expedite its democratisation and maintain economic prosperity: ‘Only if we take a firm stand in Taiwan can we advance to the Chinese mainland.’

Apparently Lee was pragmatic enough not to indulge in fantasising about the imminent collapse of the Chinese communists or to antagonise Beijing with bellicose gestures. Taiwan’s government did not step back from the cross-strait visiting and the business links already forged but instead justified policy continuity as a way to increase Mainland Chinese understanding of Taiwan’s experience.

In hindsight, Lee’s focus on domestic issues helped shift Taiwan away from an unproductive obsession with China, a move which lay the foundations for the later democratic breakthroughs. Lee was able to put into practice his Taiwan-first orientation because he gradually marginalised those members of the conservative old guard within the party whose adventurist pronouncements clearly indicated they had lost touch with reality.

Amid the patriotic fervour around the Tiananmen victims, the DPP was caught in a dilemma. To join the government’s sponsored event would be seen as an endorsement of the Kuomintang’s practice, but to refuse to take part would make the opposition party look callous and disingenuous, especially in regard to its pro-democracy mission. The DPP therefore announced its willingness to co-sponsor large-scale events to support the Tiananmen movement; if the KMT declined the offer, then the DPP would host an event with other political parties.

In the end, the KMT did not respond to the request and there was no DPP-organised rally. Some DPP leaders took part in various events but they faced angry protests from KMT supporters. DPP politicians reminded the KMT government to take the lesson of Tiananmen seriously by expediting domestic reform; otherwise they would not have legitimate grounds to support the Chinese movement for democracy.

In fact, the DPP was also internally divided on its response. While all factions concurred on the need to demonstrate support for the Tiananmen movement, the moderates were sanguine that democratisation in China would bring about peace in the Taiwan Strait. The radicals did not share this viewpoint, however, believing that a democratised China might be equally nationalistic and militaristic.

In retrospect, the Tiananmen Incident triggered a spate of confusion among Taiwan’s political leaders. It seems that many politicians responded to the crisis according to their ideological inclinations rather than with a realistic assessment of the evolving situation.

Remaining focused on domestic reforms, maintaining cross-strait economic exchanges and encouraging China’s difficult path towards democracy without unnecessary provocation – which was the policy package embraced by Lee Teng-hui – turned out to be the most useful lesson for Taiwan. And in spite of some animated partisan warfare, moderate leaders from both the KMT and the DPP continue largely to adopt that policy formula to this day.

Dr Ho Ming-sho is a Visiting Scholar at the Harvard-Yanching Institute and Professor in the Department of Sociology, National Taiwan University.

Malaysian palm oil: National pride and prejudice through the years
The complex socioeconomic impacts of the oil palm expansion in Indonesia