Hong Kong and the Greater Bay Area plan: The prospects for integration 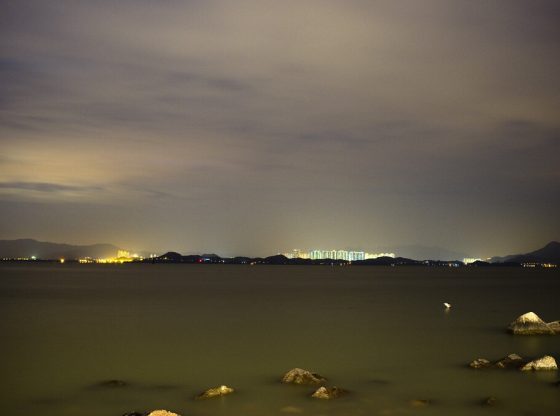 The Greater Bay Area (GBA) plan is an ambitious strategy to take what has often been called the Greater Pearl River Delta to the ‘next level’. Among other goals, the plan intends to go beyond the Delta’s status as the workshop of the world and Hong Kong’s position as one of the most important financial centres in the world and create a ‘vibrant world-class city cluster’: an economic powerhouse of multiple dimensions and impressive scope, and one of the largest and most important megacities in the world.

The GBA was first mentioned in 2015 as part of the Belt and Road Initiative (BRI). The Framework Agreement was announced on 1 July 2017, and the greatest detail can be found in the GBA Outline Development Plan, released on 18 February 2019.

The GBA includes the Special Administrative Regions (SARs) of Hong Kong and Macau as well as Shenzhen, Guangzhou and seven smaller cities in Guangdong Province. The land area is 56,000 km2, with a total population of about 70 million. It represents less than 1 per cent of China’s land area but contributes 12 per cent of GDP. In 2017, the GBA added US$1.5 trillion to the Chinese economy; almost twice that of the San Francisco Bay Area in relation to the US economy.

The 64-page Outline Development Plan is full of homage to Xi Jinping thought and official policies. One summary of the plan’s goals relevant to Hong Kong is that the Greater Bay Area will be developed into ‘a world-class city cluster’ that will ‘facilitate the enrichment of the implementation of “one country, two systems” and foster closer cooperation between the Mainland and the two SARs, thereby creating more opportunities for the socio-economic development of the two SARs’.

There is considerable emphasis on innovation and connectivity. As Eddie Hui and his colleagues have pointed out: ‘Integrated infrastructure development provides the material basis to form and shape a first-class international bay area and world-class megacity region’. However, recent plans to connect Hong Kong to China better, such as the high-speed rail terminal, have met with resistance in Hong Kong. Many critics of the GBA see it as another attempt to make Hong Kong into ‘just another Chinese city’ and erode its uniqueness, while infrastructure projects are seen as white elephants that will bind Honk Kong more closely to Beijing.

The Greater Bay Area and its likely outcomes should be considered in the context of the last forty years of integration and division in the region. The rise of China has to a great extent been made possible by economic cooperation across the border, facilitated by social ties created through a century of migration. Without the hard currency deriving from Hong Kong’s brokerage between China’s potential and the needs of the global capitalist markets, China might have presented just another example of communist economic reforms undermined by debt and globally uncompetitive products.

In contrast, Hong Kong (and Taiwan) provided what China needed but didn’t really want: i.e. sweatshops to take advantage of cheap labour and even cheaper land. The divisions between the political economic systems were a barrier to collaboration, but they also offered high potential for profits for those willing to undertake the risks in doing business across the border.

The return of Hong Kong to Chinese sovereignty in 1997 initially preserved this pattern of economic/social integration combined with political division. Nonetheless, the Asian Financial Crisis of 1997, SARS and avian flu, and the assistance Beijing provided to stabilise Hong Kong’s economy all eroded its autonomy, although falling property prices encouraged Hong Kong to maintain a hard border. Beijing’s help sometimes even came at the expense of Hong Kong’s neighbours, particularly Shenzhen, which was discouraged from expanding its ports too rapidly, for example.

Delta entrepreneurs have said that whenever possible they try to cut Hong Kong middlemen out of the deal because of the profits that the Hong Kong investors have been able to extract in the past. Disintermediation (cutting out the intermediaries) has grown in the twenty-first century at the expense of Hong Kong business operators – particularly small and medium businesses lacking influence in Beijing.

Shenzhen and Guangzhou in particular became resentful of the advantages that Hong Kong received and tend to be suspicious of cross-border integration schemes that concede too much to the SAR. Hong Kong, meanwhile, is worried about the dilution of both its economic advantages and its cultural/political distinctiveness. According to Marco Bontje: ‘So far, it looks like the Pearl River Delta cities would rather compete than collaborate, and national and provincial governments have not yet managed to convince local governments to change this’. A survey carried out after the release of the plan found that 68 per cent of Hongkongers between the ages of 18 and 39 say they are not willing to work in Guangdong cities.

This history, together with the conflicted present, makes the successful implementation of the Greater Bay Area plan to take advantage of the region’s synergies deeply problematic. On the other hand, the past process of integration between early reform China and hyper-capitalist Hong Kong also faced many difficulties and seemed unlikely to succeed at the time. While social connections overcame the political divisions then, today the social divisions are threatening to undermine a political plan for removing the barriers to collaboration and integration.

A megacity is in fact in the process of emerging and, barring any disasters, it will be one of the most significant economic clusters in the world. However, it remains to be seen whether this megacity will follow the outlines of the plan for the GBA or a more decentralised and less coordinated pattern instead.

Professor Alan Smart is an Adjunct Professor in the Department of Anthropology and Archaeology at the University of Calgary.