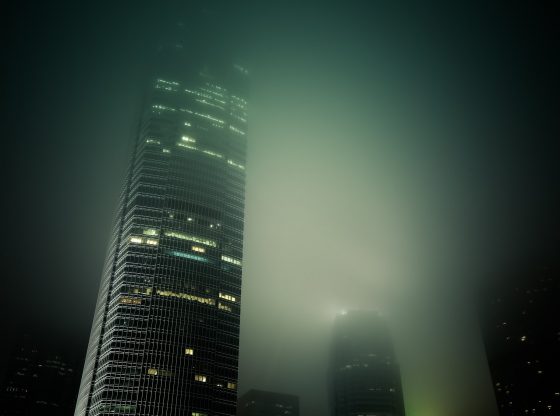 Recent GDP data for Hong Kong confirm a marked slowdown in the Special Administrative Region’s (SAR) economic performance, with year-on-year GDP growth increasing by only 0.6 per cent in real terms. This compares with an increase of 1.2 per cent in the final quarter of 2018.

While it is tempting to blame Hong Kong’s woes on events in the broader global economy, the evidence points increasingly to long-standing poor performance in terms of social development and the role of successive administrations in mismanaging Hong Kong’s prosperity. Consequently, the large flows of financial capital through the SAR – especially the growth of the so-called ‘northbound’ route into China’s financial markets under the Stock Connect scheme – have not led to improvements in living standards. Such problems have long been attributed to the way that a country’s institutions shape the allocation of economic rewards.

It does not help that the growth prospects of Chinese technology companies, many of which have a listing in Hong Kong, have become entangled in the US-China trade dispute

This piece looks at the way in which internal and external threats to Hong Kong’s economy are increasingly exposing institutional weaknesses in the city’s development model. It argues that against the background of an increasingly volatile economy, both in the People’s Republic of China (PRC) and globally, structural poverty, structural government surpluses and large flows of finance are ultimately incompatible with each other and that therefore a targeted retreat from fiscal conservatism offers the best protection against uncertainty.

Hong Kong’s financial markets have proved adept at providing the necessary liquidity and dealing with the financial volatilities associated with hosting an offshore market for China’s currency. This has helped maintain Hong Kong’s role as a financial centre and destination for capital flows, as well as creating one of the world’s largest and most competitive stock markets.

Hong Kong’s competitiveness has been underpinned by its determination to make financial stability a non-negotiable concept. This has fostered an approach to fiscal policy which has been criticised for being extremely conservative at a time when inequality in the SAR (Hong Kong’s Gini coefficient stood at 0.539 in 2016), a public housing shortage, poor living conditions and low pay have all become increasingly pressing social concerns.

While financial stability remains non-negotiable, far more negotiable are the conditions of the lowest paid and most vulnerable in Hong Kong society. This is succinctly illustrated in the way Hong Kong’s role in the northbound Stock Connect scheme has proved extremely popular with international investors seeking to access the Mainland’s financial markets.

The daily volume of northbound financial flows from Hong Kong to Shanghai increased from just over 5.50 million Yuan in 2017 to 20.7 million Yuan in the first three months of 2019. While these flows have alerted Hong Kong’s government to the risks posed by capital flight, providing a justification for the accumulation of increased financial reserves, they have had little impact on efforts to improve the living standards of Hong Kong’s poorest.

These tensions also cast a shadow over the dependence of Hong Kong’s financial markets on the PRC’s economy. Some of the SAR’s largest initial public offerings (IPOs) have come from Mainland China, including large banks such as ICBC (US$16.1 billion) and BOC (US$11.2 billion) and more recently the smartphone manufacturer Xiaomi (US$4.7 billion).

Yet the listing of Xiaomi, a low-margin handset manufacturer, also served to highlight the vulnerabilities in Hong Kong’s approach, since the company struggled to convince investors of its growth prospects in the face of the looming US-China trade dispute and investor concerns. Xiaomi’s problems conceal Hong Kong’s limited institutional capacity in regulating those firms that have used Hong Kong’s markets to raise finance while the bulk of their operations are on the Mainland.

These problems were illustrated in the case of Hanergy Thin Film Power, a Mainland China solar technology company which is listed in Hong Kong and is one of the market’s star performers. In May 2015, the Securities and Futures Commission (SFC) suspended trading in Hanergy’s shares following revelations of alleged malpractice and share price manipulation.

The shares had attracted many large international shareholders, including large international investment funds and pension funds. In February 2019, as a means of resolving the situation, Hong Kong’s SFC approved a proposal by Hanergy’s parent company that would privatise the suspended shares, effectively giving shareholders an interest in domestic A-shares in a newly formed Mainland-listed company. The proposal also noted that shareholders might have significant difficulty in disposing of or realising the value of these shares.

Caught in the middle

Such challenges pale into significance compared with those relating to financial flows. Hong Kong has long sought simultaneously to meet the twin demands of maintaining financial competitiveness and stability. It does not help that the growth prospects of Chinese technology companies, many of which have a listing in Hong Kong, have become entangled in the US-China trade dispute. However, the biggest risks could come from the way in which this dispute might impact on the Hong Kong route into and out of China’s financial markets. There is every possibility that as well as disrupting global supply chains, the dispute could spill over into financial market yields.

The nature of the dispute means that there is a limit on what Hong Kong can do to mitigate the risks of sudden changes in capital flows. Nonetheless, Hong Kong does have ample policy scope to make better use of its strong fiscal position, which includes a structural surplus and a low debt-to-GDP ratio. Investing in social protection systems in areas such as services for the youth and elderly as well as housing and welfare services, provides stronger protection against the risks of capital flows than one-off government hand-outs and fiscal conservatism.

The complex socioeconomic impacts of the oil palm expansion in Indonesia
Hong Kong and the Greater Bay Area plan: The prospects for integration