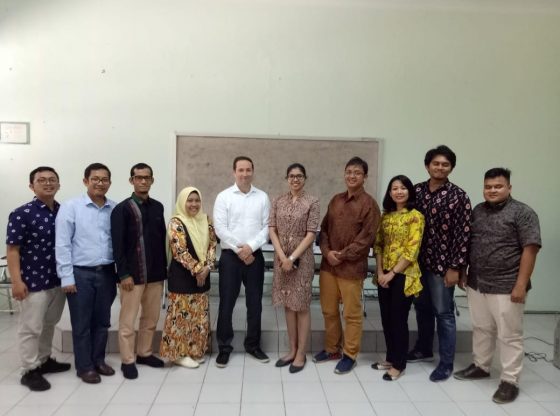 Image Credit to the authors.

In 2006 Indonesia became the world’s largest producer of palm oil. While major headlines worldwide highlight issues such as trade wars between Indonesia and the European Union and climate impacts from emissions and deforestation, we shift the focus to the Sumatran province of Riau, and its capital Pekanbaru, the frontline of the debate about green growth and the future of palm oil. Riau is the most intensively cultivated province in Indonesia, producing some 9 million tons of palm oil annually, a significant proportion of the overall national yield of 43 million tons. Millions of hectares of land in Riau province have been – and continue to be – converted into palm oil plantations and smallholdings.

Celebrated as a national strategic commodity, palm oil brings in billions of dollars of foreign exchange revenue into Indonesia each year. For those in plantation provinces such as Riau, however, the benefits of this dominant agribusiness model are less clear. To what extent does palm oil production improve livelihoods? Are rural development targets being met? How well are risks such as debt, crime, greenhouse gas emissions, fire and haze being offset or managed? Green growth seeks to reconcile the competing agendas of economic growth and environmental conservation by promoting cleaner production and better natural asset management. And yet the trade-off between growth/development and environmental degradation/forest loss seems to be accelerating in Riau, putting rural populations at risk. As a result, the national discourse on palm oil production is fragmented.

To gain a deeper appreciation of the complex trade-offs that exist in Riau, we ran a focus group discussion with 42 social science undergraduate students at Universitas Riau, Pekanbaru in April 2019. Survey data was gathered and shared in real time using the interactive software Mentimeter. Respondents were given login codes that enabled them to answer questions anonymously and then immediately participate in discussions about the results of the survey.

For the core survey question ‘does palm oil bring benefits to Riau’, rather predictably, 82 percent of respondents felt that palm oil is beneficial.

The assumption was that social science students in this elite university should be able to capture the local complexities of the palm oil sector and convey the population’s unique sense of hope and anxiety in relation to palm oil futures. The participants were all born around the turn of the millennium; a generation living with the consequences of ever-expanding production. They will be the future custodians of Riau’s landscape and ecosystem, left with whatever remains from a palm oil boom that began just as they entered this world. Hence this discussion, although confined to a limited sample, provided a revealing window into the conflicting views and perceptions held by educated youth in Riau regarding the developmental trajectory currently underway.

The survey questions were asked in an open-ended manner so the researchers could create a hierarchy of perceived benefits from the perspective of students born in, or recently migrated to, Riau. For the core survey question ‘does palm oil bring benefits to Riau’, rather predictably, 82 percent of respondents felt that palm oil is beneficial. This large majority associated the benefits of palm oil with key economic indicators. The three most prevalent responses were employment, economic growth, and investment. One student shared her experience as a newcomer to Riau, and confirmed that her family has thrived in the local palm oil economy. Her family manages a small plantation, reaps the benefits of monthly harvests, and is able to employ a local family to assist with the heavy lifting, sorting and transport of fresh fruit bunches. She confirmed that demand for her family’s palm oil remains strong, although when asked about risks, the student acknowledged that price fluctuations are a cause for concern. This took some prompting from the researchers, but price volatility is a well-known fact in the sector.

To balance the debate about the future of palm oil in the context of green growth, a follow up discussion was held focusing on the negative consequences of palm oil production. The three most prevalent terms we gathered from students were environmental pollution, environmental degradation and deforestation. Environmental risk was understood primarily as a problem of haze, which is understandable given the crises experienced in Riau from 2013 to 2015, and the ongoing battle to manage forest and peat fires. Inspirationally, one student shared how her father made a conscious (and unpopular) decision not to plant palm oil on his land that was on peat as he did not wish to contribute to the haze problem. Additional concerns raised by students were of water scarcity, climate change and waste.

Apart from environment-related concerns, some students raised issues such as conflicts, human rights, and governance. Small groups of participants mentioned conflicts that come from perceptions of inequality as well as from overlapping land claims. Controversies around child labour and human rights, including the neglect of female workers’ rights, were also pointed out. It is interesting to note that some students argued that many of these problems may not be “necessary trade-offs” but are created by bad governance and corruption in the sector. After all, three previous governors of the Province were sent to jail for corruption. Thus, with better governance, negative impacts can be mitigated and a fairer distribution of benefits can be achieved

Students were then asked to reflect on the future of palm oil in Riau. They reached the general consensus that the future of Riau will be highly linked to palm oil production. One student remarked: “I think palm oil will [increase] exponentially because it is still beneficial to our economy. Related to the negative impacts, it will be tackled through innovation … Indonesia’s population will still increase steadily, leading to [greater] demand for palm oil products”. Increases in production and expansion are expected, although certain requirements are needed to enhance the palm oil economy, most notably technology and innovation.

Some optimistic participants felt that technological advancement will curb environmental damage and at the same time boost the quality of palm oil. Others imagined that Riau will be the centre of a global palm oil production model that will replace the use of fossil fuels: “I imagine that Riau will be the largest palm oil income [generator] and the centre of everything about [oil] palm. But I really want to do something [about] palm oil production, because nowdays [oil] palm is just processed to be oil. I want to see another product”. This pull-quote aludes to the lack of vertical integration in the palm oil sector, where Riau is the centre of palm oil plantations and mills, but refineries and value-added product factories are based mainly overseas in China, India and further afield.

Students are aware of the long-term environmental risks that result from large-scale palm oil plantations. They fully expected these environmental threats to worsen in the future unless the government takes appropriate counter-measures. They clearly see that improving governance is the key for a better management of complex trade-offs. As one student remarked: “if the government doesn’t improve rules and regulations, and also the sustanibility of Riau’s palm [plantation] areas, Riau will be a place where flooding and haze will be everyday occurances. This haze won’t go away, and diseases caused by haze will be a normal thing to see”.

From our limited sample, it is apparent that university students in Riau are well equipped to offer a more balanced understanding of the current situation they face. Students appear to understand that the narratives of palm oil generally rest on oversimplified views, and are designed to force young people to choose between economic growth and environmental sustainability. The key challenge they face is to transcend this bitter trade-off. Education is essential as it provides students with analytical tools to develop critical understandings of the sector and the viable policy options available to them.

Ratih Indraswari is a lecturer at the Department of International Relations, Parahyangan Catholic University, Indonesia.

Stanislaus Risadi Apresian is a lecturer at the Department of International Relations, Parahyangan Catholic University, Indonesia, and a PhD candidate at the University of Leeds.

Adam Tyson is an associate professor at the School of Politics and International Studies, University of Leeds. His recent publications about palm oil can be found in Forest Policy and Economics, and Contemporary Southeast Asia.

Helena Varkkey is a senior lecturer at the Department of International and Strategic Studies, University of Malaya. Her recent publications about palm oil can be found in Forest Policy and Economics, and Contemporary Southeast Asia. Her first monograph is The Haze Problem in Southeast Asia: Palm Oil and Patronage published by Routledge in 2016.

Shofwan Al Banna Choiruzzad is a lecturer in the Department of International Relations, University of Indonesia. His recent publications about palm oil can be found in Forest Policy and Economics and Contemporary Southeast Asia.

*This research team has been funded by the British Academy, under the International Partnership and Mobility scheme.