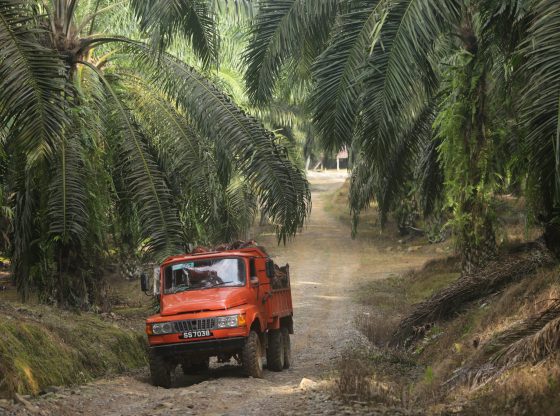 Diplomatic relations between the EU and the major palm oil producing countries of Indonesia and Malaysia must be close to an all-time low. What is driving this outwardly public disagreement? Biofuel. More precisely, the EU’s stance on what qualifies as sustainable biofuel.

Malaysia and Indonesia have been especially vociferous in their frustrations towards a recent amendment to the EU’s Renewable Energy Directive, called REDII. The amendment includes a new approach to ensure that crops used for the production of biofuels are not sourced from recently deforested areas or peatlands – no matter where they are produced; and have not merely displaced other production to other high-carbon, high-nature value areas, elsewhere either. Malaysia and Indonesia claim that it discriminates against palm oil produced in their countries and both have threatened to cut a number of high profile trade agreements with the EU in retaliation. The EU are firmly of the belief that this amendments helps to ensure the sustainability of bioenergy for the EU. Both sides are stuck in their respective camps with little indication that either are willing to back down.

While it is generally agreed that ‘sustainable palm oil’ is something worthwhile and in our line of sight, stakeholders have very different perceptions on what this really means.

The contrasting positions taken by these two sides of the palm oil debate neatly epitomizes the differing world view of ‘sustainable palm oil’. On the one hand the European Union are arguing for ‘secure, affordable and sustainable energy’ whilst driven by an urgency to address the global climate emergency and the collapse of global biodiversity. Sustainable biofuel is part of that equation regardless of the impact on countries committed to the EU’s past biofuel policies. In short, REDII is first and foremost about the sustainability of the EU; those countries that have profited or seek to profit from the EU’s demand for biofuel are not of direct concern to these particular policy makers.

On the other, palm oil producing countries feel aggrieved that their crop is excluded at their expense of their own wealth, including the livelihoods of farmers, many of whom live hand-to-mouth. Arguments of discrimination towards biofuels grown in the EU has intensified public debate. Considered together Indonesians and Malaysians may well argue that the social and economic pillars of sustainability have been trumped by the EU’s singular preference for environmental concerns.

In view of these public disagreement how we can forward in a constructive manner? Insights from a multi-stakeholder engagement exercise may hold some answers.

Over the last four years, a group of international researchers consulted stakeholders in the palm oil industry to identify priority research questions for the study of palm oil sustainability. In total, 659 stakeholders participated in the study from 38 countries, including representatives from the palm oil industry, various governments, consultants, researchers and NGOs representing the interests of smallholder farmers.

The results from the study revealed a number of profound outcomes, particularly around the types of knowledge to be produced from the proposed research questions. The research found that stakeholders tended to identify questions that either relied on knowledge to determine the baseline situation (e.g. ‘systems knowledge’, such as measuring biodiversity impacts from oil palm conversion) or those that attempt to find applied solutions to current problems (e.g. ‘transformative knowledge’, such as engineering solutions to enhance agricultural productivity).

Few stakeholders prioritised research questions that requires investigations into visions or goals for sustainable palm oil (e.g. ‘target knowledge’, such as measuring different stakeholder views on specific targets for the palm oil industry). And herein lies the problem: while it is generally agreed that ‘sustainable palm oil’ is something worthwhile and in our line of sight, stakeholders have very different perceptions on what this really means. From the way the EU and palm oil producing countries have disagreed in recent times, it is clear these groups have contrasting interpretations, visions and expectations for ‘sustainable palm oil’.

While research endeavours that produce both ‘systems’ and ‘transformative’ knowledge is an imperative, it is also clear there is an explicit need to focus on research that produces ‘target’ knowledge. In so doing this type of knowledge can shine a light on different visions of sustainable palm oil whilst identifying common ground for constructive dialogue via globally agreed frameworks, such as the Sustainable Development Goals. Without a reasonable level of agreement amongst stakeholders, transformation efforts are likely to lack focus and be met with resistance.

Three suggestions to support this research approach are proposed as follows. First, identify interdisciplinary opportunities for social scientists to work more closely with researchers from different fields (ecology, engineering, agriculture, etc.) to integrate studies that examine the visions and perceptions of palm oil stakeholders within wider research efforts. Studies examining the role of the media, including social media in promoting certain ideas and constructs related to sustainable palm oil have a role.

Second, in line with transdisciplinary research approaches engage with and integrate stakeholders, including those traditionally seen as the least powerful into the research process. Such transdisciplinary approaches will help ensure that research is meeting the needs of specific stakeholder types while also attributing meaning to knowledge that comes from science, for societal problem solving.

Third, there is a distinct geographical dimension to the biofuel disagreements between the EU and palm oil producing countries; thus, making sufficient space in research efforts for analysis of place-based perspectives can make instructive contributions to our understanding of sustainable palm oil visions and perceptions.

Rory Padfield is lecturer at the School of Earth and Environment, University of Leeds.