Patterns in politics on palm oil 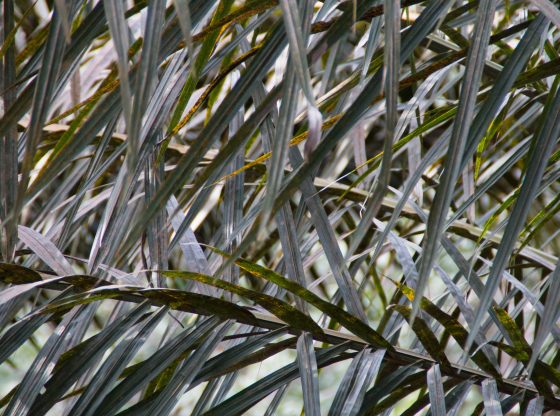 The recent controversy between Indonesia and the EU over the revised EU Renewable Energy Directive refers to a pattern in governance interactions over the last ten years between the Indonesian government and other actors over sustainable palm oil. Understanding these governance interactions offers a key to curbing socio-environmental impacts of palm oil production in Indonesia.

Indonesia was not amused when the revised EU Renewable Energy Directive (RED II) was adopted in December 2018. At a meeting in Brussels, April 2019, the Coordinating Minister for Economic Affairs of the biggest Southeast Asian country stated that this directive is an unacceptable non-tariff trade barrier that favours Europe-grown energy crops over palm oil. Neither was the Indonesian government amused when four of the world’s biggest palm oil producing companies jointly pledged to zero-deforestation in September 2014 during the UN Climate Summit at New York. Members of the Indonesian parliament and government officials argued that the pledge was driven by foreign interests. In 2010 the government of Indonesia began to overtly challenge the effectiveness and legitimacy of the global Round Table on Sustainable Palm (RSPO) to certify palm oil growers in Indonesia according to principles and criteria designed by non-state actors.

We cannot conceive the Indonesian government as being dominated by the palm oil industry.

To start with the last two questions: the Indonesian government is committed to sustainable palm oil and is not dominated by the palm oil industry. During the last decade, the government has taken an impressive series of regulatory, disciplinary, programmatic and organisational measures to make palm oil production sustainable, to end illegal palm oil plantations, to halt deforestation, and to address conflicting claims over land. Examples are the launch of the Indonesian Sustainable Palm Oil standard in 2010 and programmes to strengthen its implementation, the start of the Forest Moratorium in 2011 and its extensions, the use of military force to end illegal plantations, and the launch of the One Map Policy in 2016.

If there is one player who realises that palm oil is a global commodity, it is the government of Indonesia. Indonesia is not only the world’s largest producer but also largest exporter of palm oil. The EU is one of the world’s largest importers of palm oil products, next to India and China. My view is that deep down the government of Indonesia also realises that some kind of new global governance is needed in which palm oil producing and importing countries, together with non-state actors, orchestrate legal and organisational measures to address socio-environmental impacts of the palm oil industry. This would imply – and here I touch upon a fundamental and sensitive issue – designing a governance arrangement that is based on a notion of shared sovereignty. Unfortunately, the institutional pathways are heading in another direction.

Maybe Indonesia would have been prepared to establish collaborative forms of global governance, realising that solutions for socio-environmental problems of the palm oil industry cannot only be found within the boundaries of sovereign polity. However, several times the government has experienced that EU state and non-state actors simply bypass the territorial and domestic sovereignty of Indonesia and do not intend to co-design collaborative forms of governance based on a notion of shared sovereignty. The repeated reflex of the Indonesian government is to re-assert its territorial and domestic sovereignty and at the same time intensify trade talks with China and India as major palm oil importers. Divergence rather than convergence of EU and Indonesian policies is the result. Not surprisingly, several scholars have already noted that the EU RED II will not save rainforests and neither will they stop palm oil expansion in Indonesia.

In a recent letter to the palm oil industry, the Coordinating Ministry for Economic Affairs provides an update of different measures taken by the government to contribute to sustainable palm oil. The letter is a follow-up of a meeting with the EU. Quite surprisingly, at the end of the letter the ministry calls companies and associations not to share data and information concerning palm oil plantations with other parties. Is this maybe another signal that the government of Indonesia is fed up with regulatory intervention by the EU? Does the EU in the eyes of Indonesia stand for dialogue, or Environmental Unilateralism? Only time will tell.

Dr Otto Hospes is associate professor of the Public Administration and Policy group of Wageningen University, The Netherlands. He investigates politics and governance of global value chains, with a particular focus on the role of public authorities.