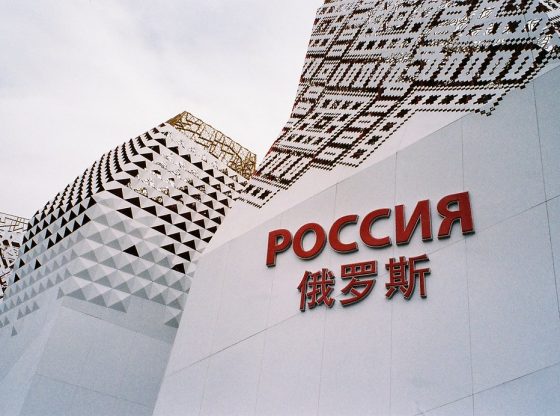 In the late 1970s, before Deng Xiaoping started to reform the Chinese economy, the ratio of economic size between the Soviet Union and the People’s Republic of China was about 4 to 1 in Soviet favour. The Soviet Union may be understood as a Russian empire which the Communists had inherited from the Czars. This empire no longer exists. In economic or demographic terms, the Russian core of the former empire was about half of it. By itself, the collapse of the Soviet Union and its break-up should have produced a Russian-Chinese ratio of economic sizes of 2 to 1, still in Russia’s favour. Since both countries strongly diverged in their economic performance, the current ratio is about 7 or 8 to 1 in China’s favour. Whereas the Chinese combined creeping capitalism at home and inserting themselves into global production chains and trade with stable rule of the Communist Party, the Russian reform process was more disruptive politically as well as economically much less successful. Assuming that the Chinese economy continues to grow more rapidly than the Russian one, it is almost certain that the economic size ratio will pass 10 to 1 within a decade. To sum up, China is a rising power and Russia is a declining power.

Can China continue to outgrow Russia in future?  In my view, both economies face similar challenges. Demographically, both China and Russia are in bad shape, much worse than the United States. Being ruled by autocrats, both countries depend on the wisdom or economic competence of the leadership to a much greater degree than Western democracies where electorates may replace a failing leadership at regular intervals. Although average economic performance between autocracies and democracies does not differ much (and certainly not in favour of autocracies), variation in performance does differ dramatically. Autocracies are prone to excesses, good or bad. Recent Chinese economic history provides the best example. Under Mao, during the ‘great leap forward’ about 40 million Chinese starved to death. After Deng’s reforms, per capita income multiplied by a factor of ten in 40 years. But regime risks to the economy affect China and Russia equally. The only big difference in risks to both economies, which I can imagine, concerns environmental degradation. Being much more densely populated than Russia, China faces significantly higher risks, for example, scarcity of clean water in the semi-arid north as well as rampant air pollution in most metropolitan areas which are much bigger and more numerous than their Russian counterparts. Nevertheless, this Russian advantage is unlikely to save Russia’s economy from becoming an ever smaller fraction compared to the giant Chinese economy. Even the resource curse or the political consequences of a rich endowment in natural resources which Russia enjoys, but China lacks, may suffice to counterbalance the Russian advantage of lesser ecological challenges.

Of course, economic size is not yet political or military power. But it comes close to being a necessary condition or a prerequisite for it in the long run. A readiness to shoulder greater burdens or enforced sacrifices may help a weaker state to stand up against a much more resourceful power in the short run. The Soviet Union did this by transforming inferior economic power into military power more effectively than the West during the cold war era. Once Reagan accelerated the arms race and developed his strategic defence initiative, however, worst case scenarios must have haunted the Soviet leadership. One may interpret Gorbachev’s reforms, the later dissolution of the Warsaw Pact and the Soviet Union itself as a kind of pre-emptive surrender.

Currently, there is friendship instead of rivalry in Sino-Russian relations. Therefore, the power ratio seems to matter little. The nuclear and missile heritage from the Soviet Union makes the Russian military more than an equal match to Chinese armed forces. Thus, the Sino-Russian partnership is one of equals. But can it remain so for decades? Given the strength of the civilian Chinese IT industry, it is not far-fetched to assume that the Chinese might develop stronger C3I systems than the Russians and derive battle-management benefits from it for imaginary future star was. The default setting in future Sino-Russian relations is overwhelming Chinese preponderance. Assuming that Putin is an intelligent Russian patriot, he must be aware of it.

In essence, I propose that the current alignment of Russia and China is one of choice from the Chinese perspective, but one of necessity from the Russian perspective. Eastward NATO enlargement, Western support for Ukrainian independence from Russia, and Western economic sanctions against Russia after the annexation of the Crimea came close to forcing Russia into China’s arms. Neither the US nor the West sufficiently debated whether a declining state, like Russia, needs to be contained – irrespective of its regime characteristics. A conceivable result of the containment of Russia in Europe is that Russia slowly becomes part of the Chinese sphere of influence. The longer the current Sino-Russian cooperation against the West continues, the harder it becomes to reverse it. A Chinese sphere of influence going all the way to the Baltic Sea and the Estonian border, including even part of the former East Prussia (Kaliningrad Oblast), would be a disquieting result of Western policies. If the containment of Russia is incompatible with the containment of China, then the West or its American hegemon faces the necessity for an explicit choice.

Professor Erich Weede has undertaken quantitative research on the causes of war as well as comparative studies on the rise and decline of civilizations. He is a retired professor of sociology at the University of Bonn, Germany.