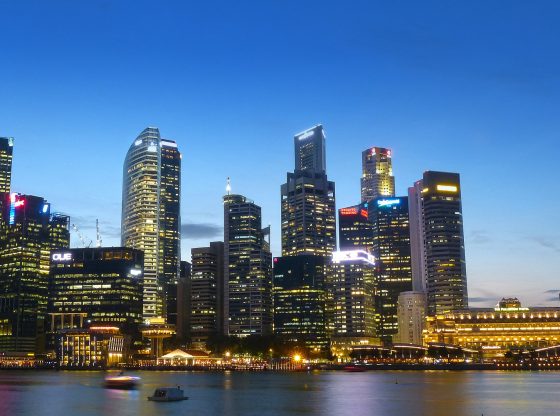 On 8 May 2019, Singapore passed its fake news legislation. Known as the Protection from Online Falsehoods and Manipulation Act (POFMA), it was debated in Parliament over just two days, which is deemed lengthy by Singaporean standards.

This law gives the Singapore government executive powers to determine what constitutes online falsehoods, justified with the need to protect the country’s electoral integrity, racial and religious harmony, and the good standing of the civil service. Penalties include requiring publishers, be they individuals or companies, to post correction notices and take down articles, or face jail and hefty fines.

With Minister of Law K Shanmugam noting as early as June 2017 that the need for a law against fake news was a ‘no-brainer’, and with the ruling People’s Action Party’s (PAP) super-majority in the Parliament, POFMA was a foregone conclusion in spite of the global unease surrounding the law since the draft Bill was first tabled in the Parliament on the 1st of April 2019.

Petitions and statements criticising and questioning POFMA poured in from the international academic community, journalists from around the world, media practitioners, about 30 civil society groups and women’s rights group Association of Women for Research and Action (AWARE), the Asia Internet Coalition (AIC) and even international groups like Reporters Without Borders, Human Rights Watch, the International Commission of Jurists and the United Nations. Within the Parliament, POFMA met with vocal opposition from the opposing Workers’ Party and three Nominated Members of Parliament.

Here, we see the Singapore government attempting to segregate academics as outsiders in the law-making process, whilst also surreptitiously setting norms on what is appropriate and inappropriate academic work.

The bulk of the concerns with POFMA revolve around two issues: impact on freedom of speech and excessive power granted to the government to act against dissent. The PAP government spent the lead up to 8 May arguing against these concerns, to the curious extent of defending POFMA as a law that champions free speech and limits the powers of the state.

The process of instituting POFMA presented the government an opportunity to exercise the democratic principles wide consultation. Indeed, the Act was preceded by the formation of a Parliamentary Select Committee in January 2018 to study the issue of ‘deliberate online falsehoods’. Made up predominantly of PAP MPs, the Committee received more than 160 submissions and conducted six days of public hearings that saw more than 70 submitters give oral evidence – although the sincerity of the consultation was disputed by some.

Although Singapore is an authoritarian state, the PAP government is usually careful and nuanced about implementing harsh media laws that are perceived to impinge on free expression, especially when it impacts on business and enterprise.

But what happened around POFMA suggests a significant shift to its principles of governance.

One explanation is that the PAP’s return to more authoritarian modes of governance is to be expected as Singapore prepares for its next changing of the guard, with newly-minted Deputy Prime Minister Heng Swee Keat preparing to take over the top job during the course of the next parliamentary term.

One would have thought that an appeal by large internet companies about the risk that POFMA poses to innovation would have prompted the government to think twice. After all, these were large companies with significant investments that supports Singapore’s reputation as a global media hub.

The response from the government, however, was less than accommodating. While Law Minister K. Shanmugam insisted that the Singapore government sees technology companies as partners in the fight against online falsehoods, he also cast doubt about their ability to effectively counter these falsehoods given their commercial imperatives.

Such a narrative against social media giants has already been building up since Shanmugam clashed with Facebook’s Simon Milner during the Select Committee hearings. This went further when Minister of State for Law Edwin Tong accused POFMA’s opponents of “crying wolf”. Tong also chastised AIC’s Jeff Paine for recommending the removal of a clause that allows the government to exempt parties from the law, claiming that it actually benefits Facebook since “exemptions can be given where technical constraints impede compliance with the law”.

In essence, rather than concede on policy grounds, the government has opted to draw lines in shifting sand to designate its opponents as inadequate or dishonest, while attempting to corral big tech as would-be partners, so long as they play by its rules.

Another case in point is a petition by 124 academics. For them, the new law casts an air of uncertainly, since a claim of falsehood by the Singapore government on their research findings would scuttle publishing targets and lead to reluctance from the international academic community to work on Singapore-related projects. Such uncertainly would compromise “Singapore’s notable efforts to develop itself into an internationally-recognised hub for excellence in higher education”.

The government’s response was uncompromising. Shanmugam chastised these academics as having limited understanding of laws to curb fake news. Education Minister Ong Ye Kung even remarked that it was “nearly impossible” for POFMA to impact academic research, with the caveats that researchers stick with the facts and allow the government the right of reply. Ong also took issue with what he perceived as academics trying to be activists, carving out boundaries for how they can critique Singapore politics.

Here, we see the Singapore government attempting to segregate academics as outsiders in the law-making process, whilst also surreptitiously setting norms on what is appropriate and inappropriate academic work.

Collectively, these attempts to define the boundaries of engagement, rather than deal directly with the issues of contention, point to a sophisticated political effort to dominate the narrative rather than accommodate consultation. Insofar as the government can wrap contention around the law, it can avoid contention affecting the law, which effectively nullifies the contention.

Several factors might account for the government’s indifference to these concerns. The current international standing of social media giants like Facebook, as a result of various bungles in handling hate speech, grant them little public sympathy.

The Singapore government has palpably pushed through with POFMA in spite of strong criticism from groups – including industry and academia – it would normally give pause to.

This was achieved via a deliberate pre-Bill effort to convince citizens about the need for POFMA, negating concerns about the law’s potential problems as fringe, inconsequential and misguided. It was about legitimising the law even before a single word of the Bill was revealed.

This involved a painstaking process, mainly through the Parliamentary Select Committee, but also as opportunity arose in international examples, such as Australia passing a law to target violence on social media following the Christchurch shootings. The carefully constructed public narrative played on base emotions – racial and religious harmony – as well as international issues of trust in institutions and political manipulation.

POFMA, Singapore’s new fake news law, helps us to understand how the PAP intends to shore up its already strong grip on power.It also offers vital insights to civil society about what they are up against when seeking social change: it is no longer about assertive governance through rule of law, but controlling political discourse by polarising dissent.

Terence Lee is an Associate Professor in Communication and Media Studies, and a Fellow of the Asia Research Centre, Murdoch University, Perth, Australia.