Are Russia and China revisionist states? 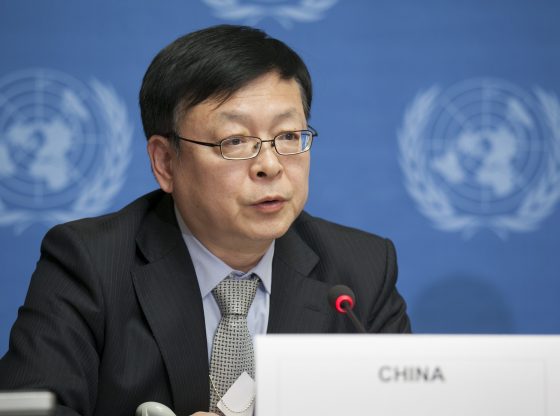 In the past few years, Russia and China have increasingly been referred to as revisionist powers. For example, both the United States’ 2017 National Security Strategy and the United States’ 2018 National Defence Strategy identify Russia and China as revisionist states. The concept of revisionism encompasses various meanings that typically distinguish between states that accept the status quo distribution of power in the international system and those which seek to alter it to their advantage. Here, I am primarily concerned with the extent to which Russia and China challenge the implicit assumptions that underpin the norms and values of what might be referred to as the international community in the English School sense of the term. I argue that Russia and China are not revisionist but rather neo-revisionist states. However, it is China rather than Russia that is more likely substantively to challenge the status quo and assume the position of a full-blown revisionist power in the future.

Both Western analysts and policymakers have identified a litany of Russian and Chinese behaviour that indicates nonconformance to what is portrayed as universal norms and values. In fact, Russia and China contest a set of neoliberal practices that have evolved in the post-World War Two international order.  Foremost amongst these is the evolution of human rights as a universal value that legitimizes intervention in the domestic affairs of a sovereign state (although Russia has made use of the rhetoric of the “responsibility to protect” to justify its activities in the post-Soviet space). Russia and China similarly view the West’s elevation of liberal democracy as a universal ideal as a subterfuge for the fomenting of Colour Revolutions that seek regime change in noncompliant targeted states.

At the same time, Russia and China accept and in fact continuously reaffirm their commitment to a number of fundamental precepts of the international order. These include the primacy of state sovereignty and territorial integrity, the importance of international law, and the centrality of the United Nations, particularly with respect to the key role of the United Nations Security Council. It must be acknowledged that Russian and Chinese promotion of these concepts does not necessarily provide a reliable guide to their foreign policy behaviour (although the same criticism can be lodged against countless other states). Russia and China also actively participate in aspects of global governance, placing an emphasis on the United Nations as the ultimate source of international authority. Both states have signed a number of United Nations Conventions and Covenants including the International Covenant on Civil and Political Rights. They are members of a number of multilateral and regional structures (although Russia has been suspended from participation in the G-7). The two states stress their commitment to the maintenance of global and regional security supporting the non-proliferation of nuclear weapons, the non-militarization of space, and the need to fight terrorism. Critically, Russia and China act as rule takers rather than challengers in their participation in the global financial institutions. China, in particular, has emerged as a vocal supporter of globalization and free trade in conspicuous contrast to the United States in the Trump administration. Russia and China’s view of the operation of the international system conforms in a large part to Westphalian precepts, while rejecting the West’s more recent adoption of humanitarian and individualistic norms and values (which in fact exist in a state of uneasy tension with the traditional assumptions of the Westphalian order). In this sense, Russia and China are neo-revisionist rather than revisionist states.

Under the Xi Jinping leadership, China has adopted a more assertive foreign policy that, in contrast to the behaviour of past leadership, confidently asserts China’s status as a great power.  On the one hand, this is reflected in the State’s efforts to readjust China’s role in international structures, as seen in the attempt to expand its decision-making power within the International Monetary Fund. This sort of behaviour, however, takes place within the boundaries of the contemporary international community. On the other hand, China’s launching of the Belt and Road Initiative (BRI) in 2013 can be viewed as offering an alternative vision of global governance that challenges the approach promoted by the hegemonic Western powers. Beijing has offered a number of rationales for BRI which are in themselves at least in part persuasive. This massive infrastructure project can be seen as a means of developing China’s Western regions, utilizing surplus capital and providing employment, extending Chinese export markets, and securing domestic energy supplies. Generally speaking, the Chinese leadership has sought to downplay the strategic and geopolitical implications of BRI.

Whereas Russia lacks the material capabilities to propose an alternative framework to the contemporary global system, such restrictions do not apply to China. To be sure, the success of the BRI is by no means assured but the project has multiple adverse implications to the continued ability of the West to set the rules of discourse and behaviour in the international community. The Western response to a rising China has largely been an effort to socialize China into the norms and values of the US-led international order. But China increasingly possesses the potential ability to remake the international community in its own image. To do so would indicate China’s true status as a revisionist power.

Russian Diplomacy: rather a bad peace than a good quarrel
Is Russia China’s “Strategic Rear?” Recent Developments in Russian-Chinese Relations