What does the fragmentation of the WTO mean for global trade?

Home /China, Economic Growth, Economy, Organisations/What does the fragmentation of the WTO mean for global trade? 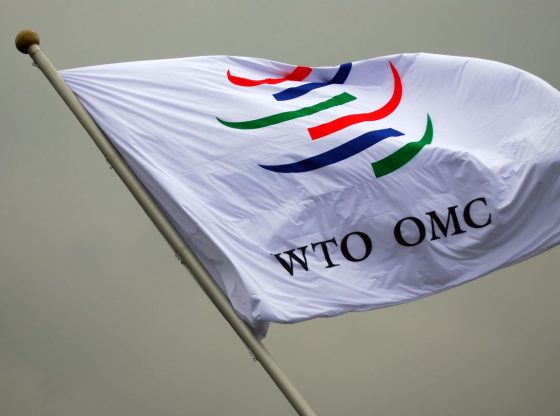 In 2001, the World Trade Organisation admitted that more than half of global trade today is conducted under preferential trade agreements, both regional or multilateral. Based on the principles of the GATT and the WTO, countries can establish custom unions and free trade areas (FTAs), which can be extended to free trade agreements, economic unions and common markets in order to strengthen regional trade integration. However, the possibilities offered by the WTO and GATT have limitations: they have in fact created geographical trading blocs (EU, NAFTA, COMESA, ASEAN, MERCOSUR, etc.), which come with restrictions (for instance tariffs and tax imposition) and do not fully enable multilateral trade between wider WTO members.

Besides tariffs and taxes, such restrictions include policy regulation related to anti-dumping and more environmental protection aimed at sustainability. The failure of WTO members to conclude the Doha round of negotiations led to the weakening of the organisation and the growing establishment of regional trade agreements and free trade agreements. To safeguard their economic and trade interests, governments integrate particular markets in order to circumvent trade barriers and tariffs. However, the establishment of existing and new mega-regional trade blocs and FTAs led to protectionism and contentious trade deals between the world’s leading countries in order to counter emerging and developing economies. This led to the proliferation of FTAs in the 1990s and mega FTAs in the 2000s.

More localised efforts to create common markets for trade liberalisation and openness brought countries from the same continent into regional trade blocs. FTAs and regional trade blocs led to the creation of mega FTAs that bring together countries in different continents to tie trade partnerships and agreements (CETA, TPP, TTIP, China-Australia, EU-Japan; etc.). However, it is important to note that these groupings are not entirely harmonious as through negotiations, countries weigh their trade advantages and disadvantages against each other, considering factors such as tariffs and, more recently, issues of environmental protection and sustainability.

Beyond regional trade, there is a growing trend to establish transpacific and transatlantic partnerships based on the principles of free trade agreements (FTAs). Such an approach has led to negotiations to establish the Transpacific Trade Partnership (TTP) which has now become the Comprehensive and Progressive Agreement for Trans-Pacific Partnership (CPTPP). This may lead to the possible establishment of the Transatlantic Trade and Investment Partnership (TTIP) between the United States and Europe. The CPTPP brings together Canada, Japan, Australia and other countries in the Asia-Pacific region with the aim of trading based on a selection of the principles of the World Trade Organisation.

The United States strongly supported the TPP under Barack Obama’s presidency. It was argued that the TPP could counter China’s growing economic and trade influence in Asia as well as foster commercial ties between the US and a number of Asian countries. However, under President Donald Trump, the US withdrew in 2017 as the new President did not wish to support such a trade partnership. Although Donald Trump had harsh words for China during his presidential campaign over perceived unfair trade practices, the US withdrawal from the TPP was welcomed by Chinese officials. However, economic tensions have continued to grow since the President’s inauguration. This has resulted in a trade war and the imposition of barriers and tariffs on both sides. It appears that the US is more interested in fostering bilateral trade deals with its partners in order to have more control during negotiations.

In 2013, the US and the EU started to negotiate a trade and investment partnership, which will lead to the establishment of TTIP. If concluded, the agreement will be the largest ever free trade and investment agreement. It will represent 50% of the world’s gross domestic product (GDP) and a third of global trade. It will determine the future of global trade and economic interactions. With the agreement, European countries will be more aligned with the American rules of the game, which aim at protecting their multinationals’ interests rather than being ruled by European policies. The agreement aims at fostering trade and investment integration between its member countries by eliminating market protection and tariff barriers. But the issue of the harmonisation of policies and regulations remains extremely problematic, which could jeopardise the EU-US negotiations.

The signing of CETA in late October 2016 has been an important move for Europe and Canada to deepen their trade relations even though certain points and aspects still need further negotiations. While TTIP is unlikely to materialise with negotiations stalling between the US and the EU, a consensus around CETA has been reached between Canada and its EU trade partners.

As RTAs and FTAs are established globally, developing and emerging countries have renewed their interest in south-south trade. In this context, Africa has developed trade ties with other developing economies, particularly China, India and Brazil. Following the continuing failures of the Doha round of trade negotiations, these economies have joined forces to coordinate policy positions in WTO’s negotiations. Such coordination has several objectives, including trade facilitation, human capital movement from South to North and market access for the exports of developing countries to developed economies through global South trade partnerships.

While the Doha round of trade negotiations aims at lowering tariff barriers, it has become an arena to defend self-interest between developed and developing countries, with the former wanting to achieve their trade interests and the latter wanting their voices to be taken into account during the negotiation process. This has led to failures at the Doha meetings to find consensus on trade negotiations, such failures are leading to the fragmentation of the WTO.

Daouda Cissé is an independent researcher based in Montreal, Canada. His research explores China’s domestic and overseas political economy and Africa-China relations.